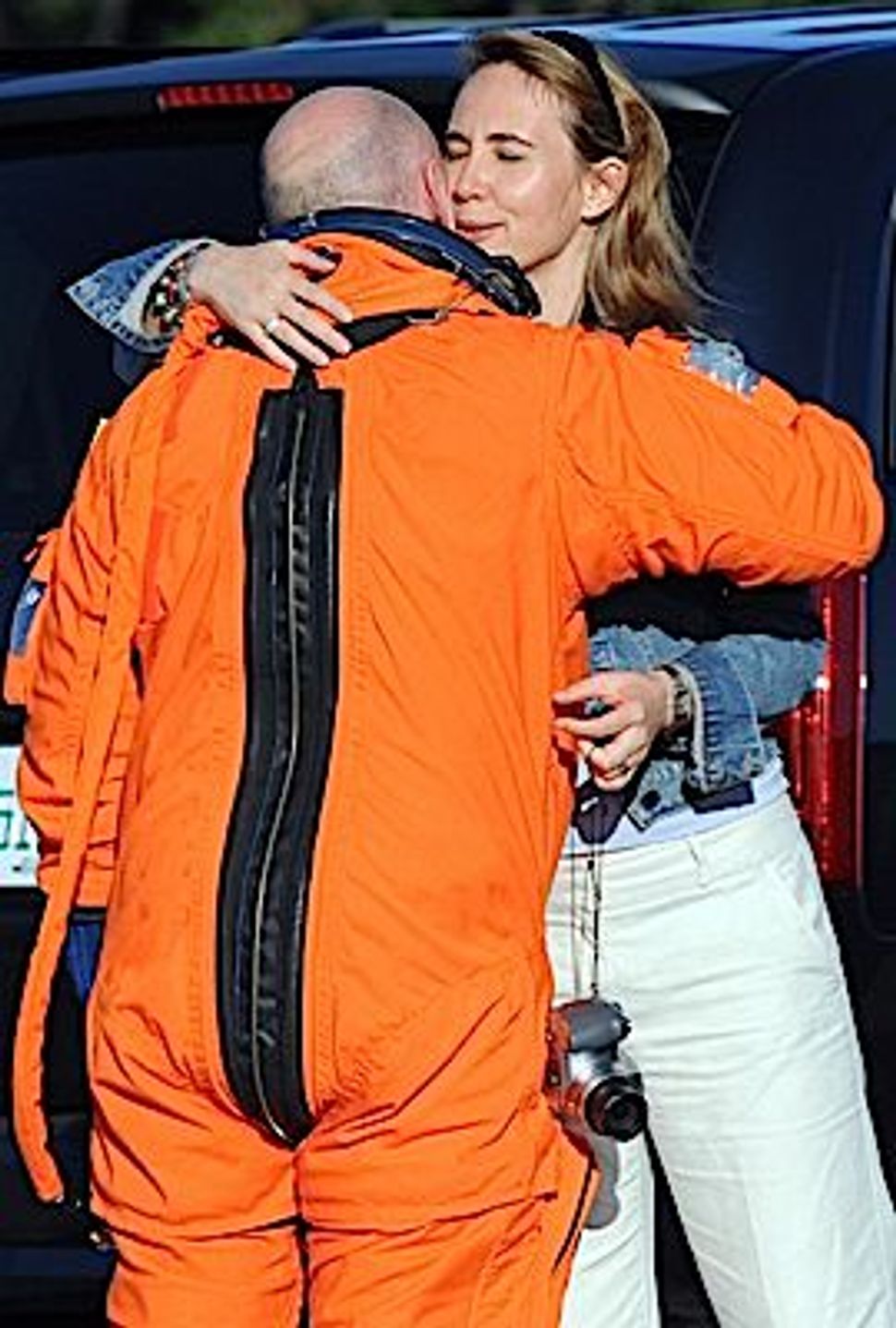 Representative Gabrielle Giffords’ husband, astronaut Mark Kelly, is facing a big decision: As Giffords begins a long rehabilitation after being shot in the head earlier this month, should he take the helm of the space shuttle Endeavor when it takes off in April on a two-week mission to the International Space Station, or not?

According to this New York Times story, the politician’s husband has long been preparing to captain what may be the last space shuttle flight and, were he to continue on in that role, would have to focus on intensive training from this point forward.

What fascinates me is that he’s even considering it. A woman, were she in his space-boots, would be expected to put taking care of her husband first and set aside her professional ambitions. Our culture wouldn’t even tolerate a woman’s ambivalence about it, let alone serious consideration of proceeding.

As we know from the experience of Israeli astronaut Ilan Ramon, who, along with six others, died in 2003 when the space shuttle Columbia disintegrated on re-entry to the earth’s atmosphere, and the 1986 deaths of those aboard the space shuttle Challenger, which exploded shortly after takeoff, space shuttle travel poses a real threat to the lives of its astronauts.

Kelly and Giffords together have no children, though Kelly has two teenage daughters from an earlier marriage.

But it’s hard to imagine a female professional of any sort — astronaut, athlete, CEO — proceeding in a job that holds such risk while her husband was seriously injured and remained hospitalized.

The backlash would be terrible.