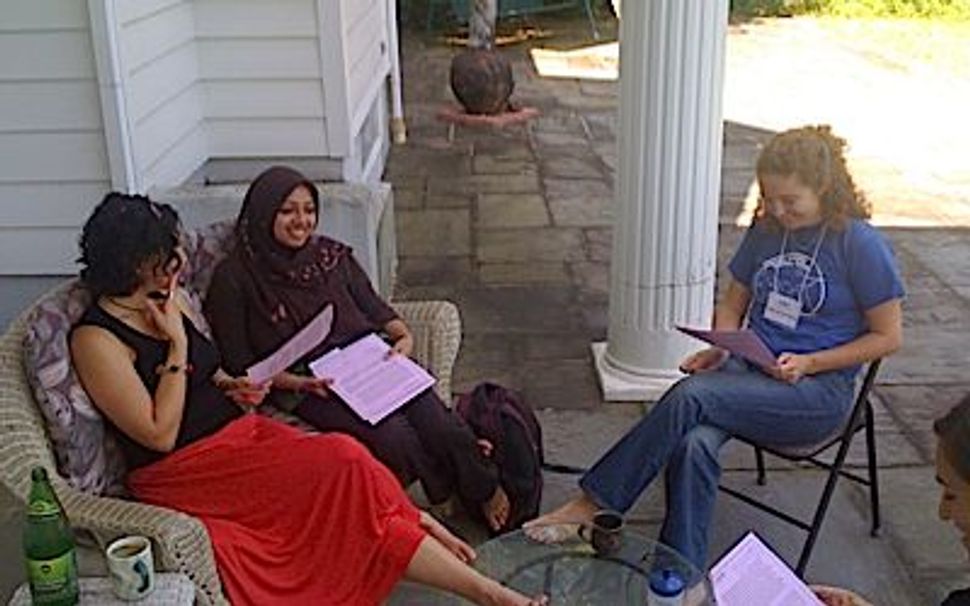 Nearly all of those who have already applied to this year’s Jewish Funds for Justice Community Organizing Residency are women. And last year, which was the program’s first, 14 of the 16 people selected for the interfaith program were women. Overall six Jews, six Muslims and four Christians made up the group.

COR pairs Community Organizing Residents with houses of worships and non-profit organizations, where they are tasked with doing social justice work on a grassroots level. In the program’s first year, that included labor organizing, getting out the vote for the midterm elections, trying to prevent home foreclosures, and working on various immigration and refugee issues. Residents receive a stipend during the six-month program.

Why the gender imbalance among applicants, The Sisterhood asked COR’s director.

“Historically the majority [of people in the field] were men,” said Rachel Feldman, director of organizing for JFFJ. “But as it becomes popular as a professional aspiration, then more and more women can see themselves in organizing as a career. Programs like this open up the field for women.”

She added: “Men have an easier time, in my experience, approaching an organization and saying ‘I want to create something.’ I feel like that’s harder for women to do. This program opens it up to people who didn’t feel empowered to do that kind of pursuit.”

The COR program gives participants an opportunity to explore their faith and its relationship to social justice, as well as to participate in interfaith text study, said Feldman. Applications for the 2011 COR program are being accepted through April 8. Details can be found here.