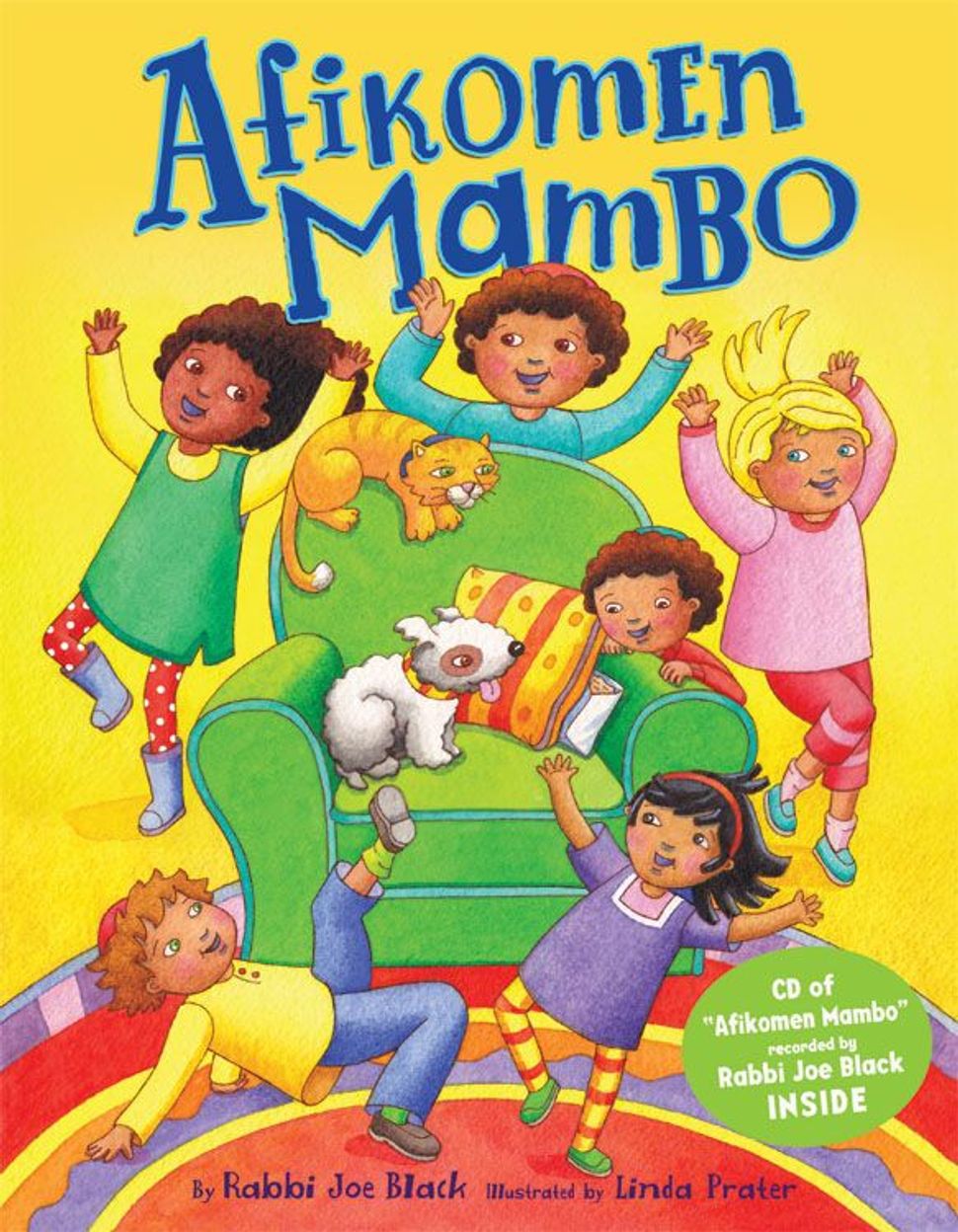 Passover is a time for storytelling. One of the main purposes of the holiday is to allow one generation to tell the next generation the story of how we came out of Egypt and journeyed from slavery to freedom. There are many children’s books that engage young minds by going beyond the telling found in the traditional Passover Haggadah to engage young minds. In choosing among the possible additions the Seder, we have focused on books that celebrate the diversity of Jewish families and those that introduce the themes of Passover in new or particularly engaging ways:

A newcomer to the Passover scene is the colorfully appealing “Afikomen Mambo,” by Joe Black and illustrated by Linda Prater. Sold together with the book is a CD with performance by Black, who is well known for his music. Geared to the 3–7 set, this playful combination of illustration and song, do exactly what the Afikomen is meant to do — pique the interest and engagement of the younger set so they stay awake until the end of the Seder. Somewhat puzzling is the plethora of children and the paucity of adults seated around the table. From the looks of it, one set of parents has invited a whole brood of young ones to join in the Passover fun. But at least everyone looks happy doing the Afiokmen Mambo.

The theme of grandparents passing on traditions to grandchildren is a familiar part of Passover; less familiar is the twist it takes in “Abuelita’s Secret Matzahs,” by Sandy Eisenberg Sasso and illustrated by Diana Bryer. Jacob loves to prepare for Easter with his grandmother, but one day she tells him a secret. Like many others whose Jewish ancestors who were forced to convert to Catholicism in Spain in the 14th and 15th centuries, this family of anusim continued to practice Judaism their Judaism in secret. For the 4–8 set, this is a wonderful introduction to an element of Jewish history that still plays out today. We love that this story brings attention to the stories of individuals who are now, after hundreds of years, finding their way back to their Jewish heritage.

Mindy Avra Portnoy’s “A Tale of Two Seders,” also offers a different take on the classic family themes of the holiday. The story follows a little girl who after her parents divorce spends one Seder at her mother’s and one at her fathers. Over the years the Seders vary and as Valeria Cis’s illustrations highlight how the people attending the two Seders are themselves varied. Adding to our sense of possibilities are the four recipes for charoset that are included. This book acknowledges the difficulties that the young protagonist faces, without presenting her situation as a tragedy.

The diversity of Passover observances around the world take center stage in two different celebrations of global Jewish life. From the National Geographic Holidays Around the World series comes “Celebrate Passover” and from Tami Lehman-Wilzig, “Passover Around the World.” As one expects from National Geographic, there are bold, beautiful photos depicting Jews from Africa to China, from Budapest to Ohio. Lehman-Wilzig’s book moves from place to place as it goes through the Seder, beginning in America and ending in Morroco; the journey is depicted in softly colored illustrations by Elizabeth Wolf.

Elements of the Exodus story can be frightening for children ages 4–8, but in this telling of a traditional tale, facing fears pays off. “Nachson, Who Was Afraid to Swim: A Passover Story,” by Deborah Bodin Cohen and illustrated by Jago, is a retelling of the rabbinic story of Nachshon ben Aminadav, who had to wade into the Red Sea until the water was up to his neck, in order to make the waters part and let the Israelites to escape the Egyptians on dry land. In the gentle illustrations, the characters’ features and skin tones blend and shift with the background, giving the book warmth and no clear racial focus.

Children ages 9–12 who are reading on their own may enjoy “Private Joel and the Swell Mountain Seder,” by Bryna J. Fireside and illustrated by Shawn Costello. Set in the Civil War, it tells the story of how Union soldiers improvise to make their Seder happen, even in the midst of a war. While not raising the possibility that there are Jews with dark skin and of African decent, the story does highlight the parallels between the African American experience of slavery and the ancient Israelite experience. The book shines a light on the possibility of sharing stories and traditions.