Should Young, Unmarried and Sexually Active Women Frequent the Mikveh? 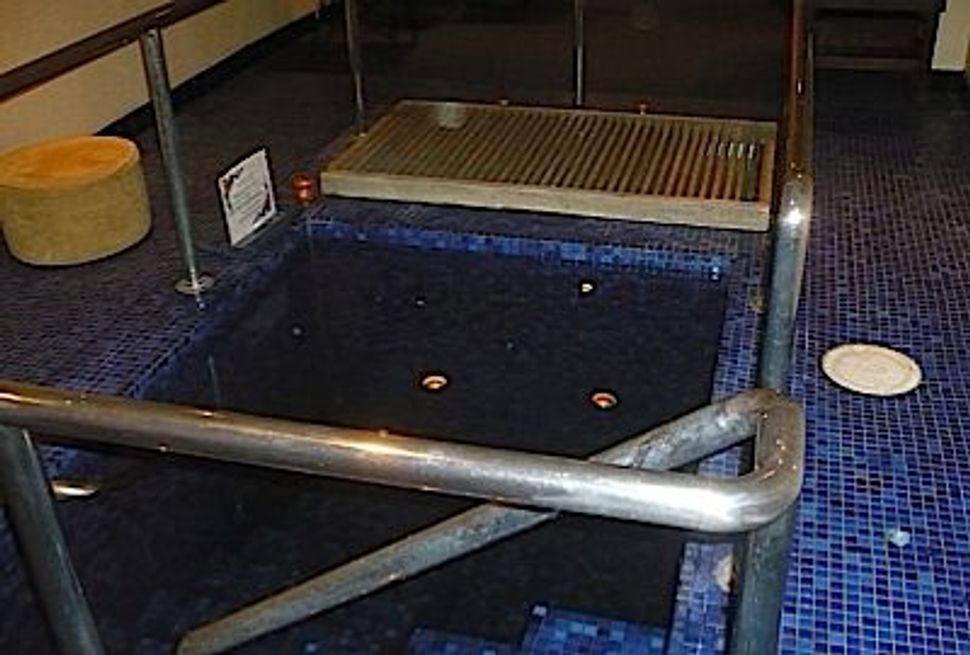 Is the mikveh for marrieds only? Image by Creative Commons

This Forward article about Yeshivat Hadar and its attempt to lead students toward a sexual ethic based on classical Jewish texts omits one central question: What about mikveh?

Hadar Dean Rabbi Ethan Tucker says, in the piece, that he and his colleagues are trying to create a community “that discusses current sexual norms while taking rabbinic concepts of sanctity seriously — all within a gender-egalitarian environment. Necessarily, this involves wrestling with traditional texts and with members’ own lives.”

The piece opens with an anecdote about two current Hadar fellows who live together in Manhattan but, during a Hadar retreat, are forced to sleep separately because Hadar’s students (all recent college graduates) are required to sleep in gender-segregated quarters at the retreats.

The most relevant question here is how do you take rabbinic concepts of sexual sanctity seriously outside the context of marriage? Would the rules be the same as those for married couples? Should they be? If so, would it not involve setting aside part of the month for abstinence, and separating the non-sexual part of the month from the time of sexual engagement by mikveh immersion?

It’s no news flash that Americans (including Jews) are increasingly living together, and having babies, outside of marriage. This article from the Centers for Disease Control shows the progression toward more non-marital births since 2002. Just this week, on a Brooklyn bus, a young woman was chatting loudly on her cell phone with her mother while discussing what sounded like an unmarried sister with a baby.

The Forward piece reminds me of the conference for Jewish Theological Seminary rabbinical students a number of years ago that explored mikveh use. I was asked to speak about modern approaches to mikveh use (for lifecycle and other new rituals) and to speak personally about how I, as a mikvah-going liberal Jew, grapple with notions of ritual purity and impurity. The most interesting aspect of the evening came as others discussed a halachic opinion then being developed by a respected JTS professor about mikveh use for unmarried couples. The question was that if sex is going to happen outside of marriage — between straight or lesbian couples — should it be guided by the same sexual ethics that inform halachic marital sex? The professor in question later confirmed to me that he was working on the issue, but that he was not comfortable saying so on the record because of the sensitivity of the matter, and asked me not to publish anything about it then. Perhaps it’s time to give him another call.

I (along with many others) was recently polled by JTS about the potential impact of Egypt’s revolution on Israel’s security. Why, I asked, in the comments section of the online poll, was JTS spending its resources on exploring this issue, which, as important as it may be, does not seem an obvious part of the institution’s agenda? (I got no answer).

If the Conservative movement has even a marginal hope of offering something relevant to the dwindling number of its constituents, it should be putting Egypt aside and focusing on the realities of liberal Jews’ lives today.

There will be sex before marriage, there’s no question about it. The real question for the Conservative and other liberal Jewish organizations is this: What does Judaism have to say about it? And how can Jewish texts and teachings inform a Jewish sexual ethic for the 21st century?

Should Young, Unmarried and Sexually Active Women Frequent the Mikveh?