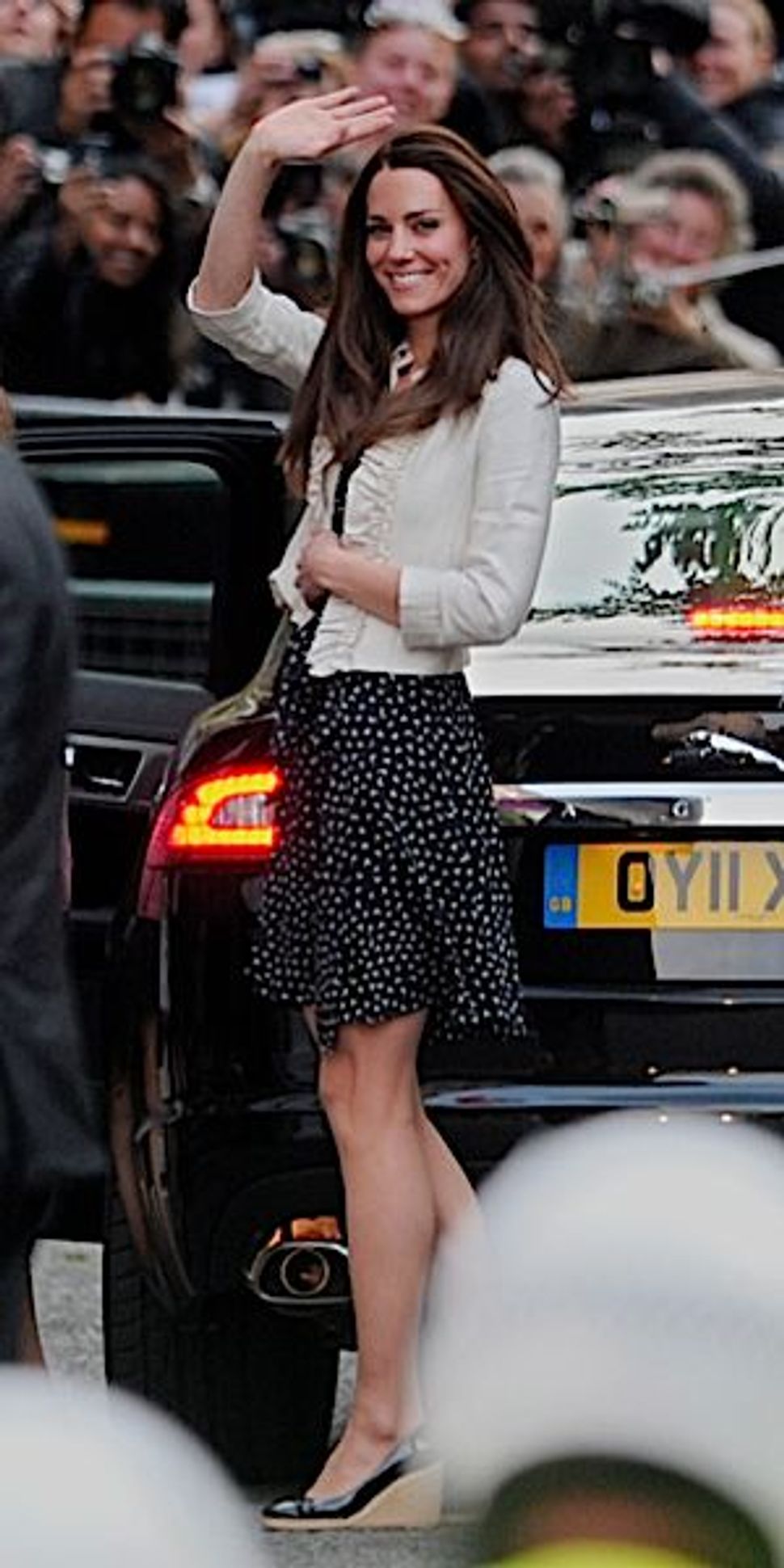 Princess-to-be Kate Middleton waves to crowds of royal-watchers on the day before her wedding to Prince William. (click to enlarge) Image by Getty Images

In all likelihood, I’ll be up early Friday, watching the royal wedding with my daughter from my East Coast U.S. residence. That’s largely because my daughter’s manners, after 30 weeks of residence in my uterus, are still somewhat unpolished. She hasn’t been born yet, and the odds are that she’ll have kicked me awake well in time for the sounding of the bells at Westminster Abbey. In the event that I had an already-born daughter, however, I’d strongly prefer that she sleep in this Friday morning.

Is it really so important to get our bleary-eyed little American girls out of bed to show them that princesses are “real” and that “fairy tales can come true”? Not only would I say “no,” but I’ll go even further and say that it’s actually kind of creepy. Disney’s Princess industry is a golem of a marketing tool, aptly skewered by Peggy Orenstein’s “Cinderella Ate My Daughter,” as well as by others. Yes, girls can be heroines, too. Hooray. But Mulan — a kick-butt Chinese warrior — is surely preferable to Cinderella, the girl who can’t find her way out of her own problems without a fairy-godmother bestowed dress, pair of shoes and prince. It’s important to note that Kate Middleton, whom I’m sure is a perfectly nice person, is going to have the world’s attention on Friday not because she’s cured cancer, but rather, because she’s done the best job of “marrying up” of anyone on the entire planet. And I’m sure she’ll look stunningly beautiful doing it.