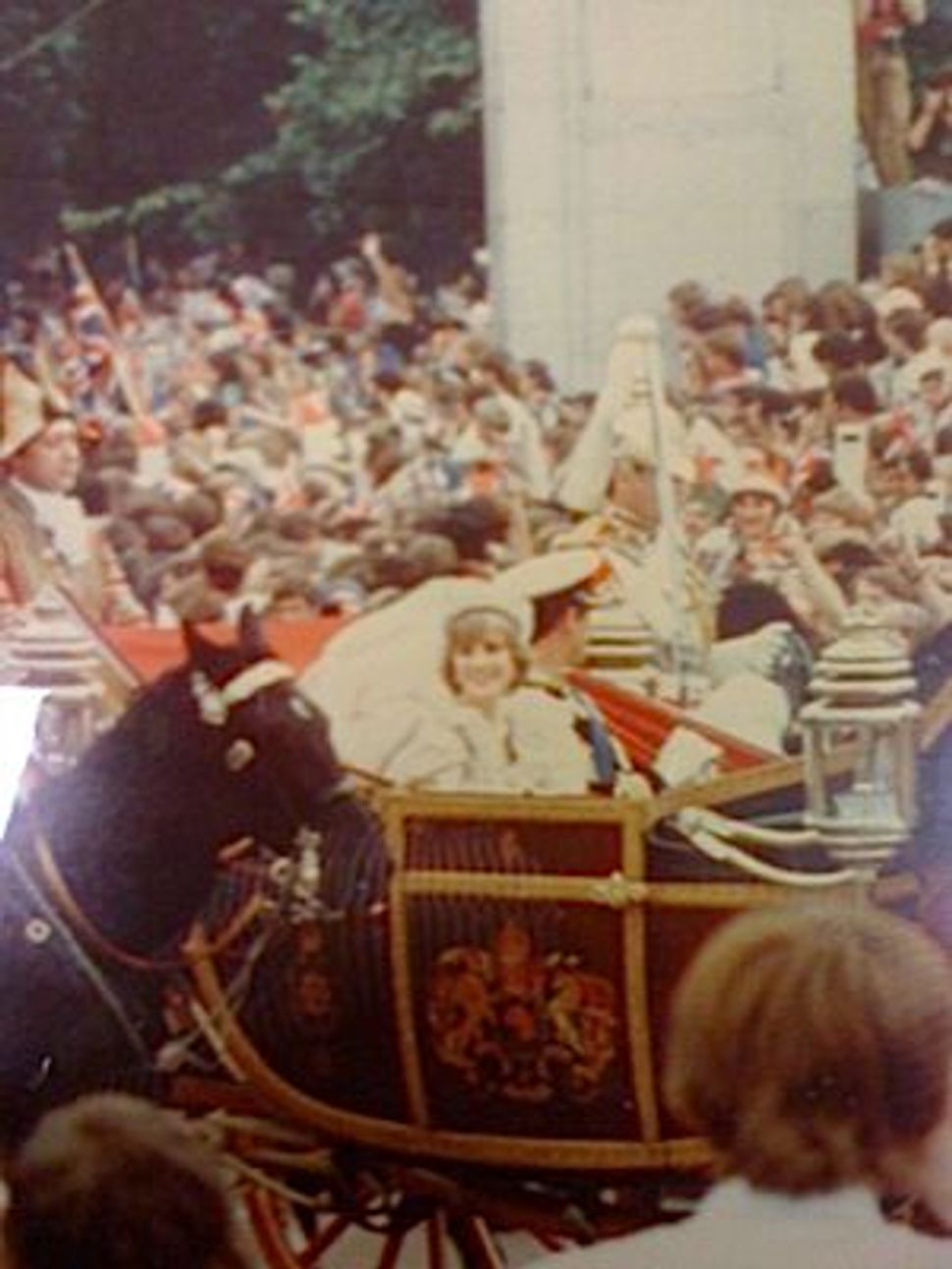 Princess Diana and Prince Charles, on the way back from St. Paul?s Cathedral, 1981 Image by Lillian Swanson

As I watched the royal wedding unfold on television today, I was flooded with memories of the day I covered the wedding of Prince Charles and Lady Diana nearly 30 years ago. I thought, as I so often have, of the one tender, unscripted moment I saw amid all the pomp and the pageantry of that riveting day in July 1981.

I was a reporter for the Associated Press in Pittsburgh and had a burning desire to cover the royal nuptials. I called the AP’s foreign editor and told him that I would be in London on vacation in late July, and offered to help with the reporting. (I remember ambition!) He said yes, and so I got on the phone again and booked a flight to London.

I was given what I thought was a plumb assignment, to do a feature story on Americans who had travelled to the wedding. But my first job was to stand on the Queen Victoria Memorial and watch the carriages leave Buckingham Palace, directly across the street. Should anything untoward happen, I was to find a phone and call the bureau.

I had a front-row view as the royalty of Europe passed through the palace gates on their way to St. Paul’s Cathedral and the wedding. A British reporter standing next to me on the memorial explained how each detail I was seeing was awash in traditions dating back to medieval times. The pageantry was like nothing I’d ever witnessed in America, perhaps, a bit like Disney’s Cinderella’s castle — on steroids.

I remember most vividly seeing Prince Charles emerge from the palace in an open carriage, sitting ramrod straight, wearing a dark military uniform, his brother Prince Andrew at his side. I watched as the prince’s carriage rolled down the Mall and as it neared Clarence House, where Diana was staying, I saw Prince Charles crane his neck in that direction. It seemed to me that he was hoping for a glimpse of his bride. I was such a human moment, like that of every bridegroom who waits with anticipation at the altar (or the bimah, as it may be).

Later on, as things turned sour, their marriage dissolved and the press had a field day, I often thought of what might have been in Prince Charles’s heart that day, when he owned the world and wanted nothing more than a glimpse of Diana.