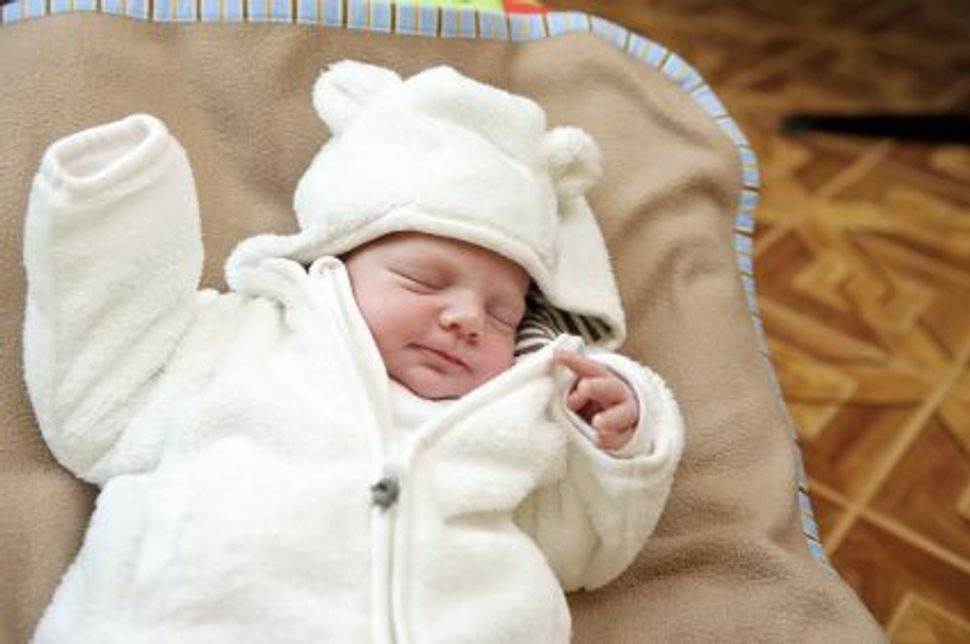 Melissa Langsam Braunstein’s post, “The Epidural Dilemma,” in which she agonizes over whether to ease the pain of labor with medication, took me back to the anxious months when I was a first-time mother-to-be.

There are many parallels between one’s wedding and that first experience of childbirth. Both experiences are so important, that we do our best to make them as perfect and wonderful as possible, attempting to plan them down to the smallest detail.

In both cases, we often should be paying more attention to what will come afterward. We can spend so much time focusing on the details of their wedding day, and not enough time preparing for the married life that comes afterwards. Similarly, a lot of energy is expended on preparing for the birth of the baby, and less on preparing for the superhuman demands of motherhood – and, for the couple, parenthood.

But let’s talk about birth planning and the so-called ‘epidural dilemma’ for a minute.

Melissa refers to her ‘birth plan’ in her Sisterhood post:

My birth plan includes the caveat that I may request an epidural if the pain becomes too much. However, I don’t expect to cry uncle and use it. A natural delivery will likely mean work, as we welcome our eight-pound-plus baby into the world, but I think it will be worth it. I have been an active participant in this pregnancy to-date, and I like the idea of being fully present for the arrival of my very own Baby Girl.

After having had three children, and been friend and confidant for countless girlfriends, I think it is a bit misleading to allow women to draw up ‘birth plans.’ Maybe it’s a little nasty to propose that they be called ‘birth fantasies,’ but how about something like ‘birth preferences’ or ‘birth recommendations?’

When it comes to matching expectations and reality, the wedding wins over childbirth easily. For all their foibles, it is fairly easy to create a party that pretty much plays out the way you planned it. Not so with childbirth. When it comes to having babies, we need to throw the words “plan” out of our vocabularies.

I’ve seen too many women get caught up in the excitement, and in fact, build their identities around the fact that their birth will be ‘totally natural,’ and that they will be ‘fully present,’ only to be devastated and fall to pieces afterwards when circumstances dictate that they undergo a Caesarean section.

I’ve sat with several such C-sectioned devastated friends’ post-partum and tried to explain to them that in the great scheme of things, a vaginal birth is really not such an unmatchable experience. It’s the baby that matters, and from my unromantic perspective, the birth itself is nothing more than expelling an extremely large object from one’s body. I urged them not to look back on their child’s entrance into the world just because it wasn’t the way they planned it.

My own plans went awry as well, but in a different direction, during the birth of my third child. I knew from the very beginning that I was an epidural girl all the way. My philosophy is that if there’s a way to minimize pain, I was all for it. Both of my first two babies went past their due date and were large. I was advised, in order to make sure they didn’t grow so large as to require a C-section, to have inductions in both cases. I was pleased to comply. This allowed me to conveniently schedule my epidural at the same time as the induction, so my experience of actual labor pain was minimal (it was still plenty painful delivering.) I felt an unreasonable level of affection for my anesthesiologists. They were my heroes.

When it came time for baby number three, I was hopeful that I would follow the same predictable script. But this time, two weeks before my due date, I went into labor. Arriving at the hospital I immediately announced that I wanted my epidural, and I wanted it NOW. In the two previous births, I had progressed quickly, and I knew there was a limited window of opportunity to administer an epidural which ended when one was fully dilated.

Sadly, however, despite my constant nagging, the hospital staff took their sweet time admitting me and getting me settled in a room. To my horror and dismay, by the time they were ready, I was past the epidural stage. I was furious — as furious as a sitcom character I saw in a similar situation, who screamed “What do you MEAN the window of opportunity is closed? OPEN IT!”

In retrospect, as I look back both on my reluctant natural childbirth experience, and on my unhappily C-sectioned friends, I see that such instances are a fitting initiation into parenthood. From infants to toddlers to teenagers, it is an experience full of unanticipated twists and turns, where the best-laid plans usually fall aside in the face of reality. The popular series of books on pregnancy and baby care are titled [“What to Expect” —“When You’re Expecting,” “The First Year,” etc. But the truth is that when you are expecting, it’s best to expect the unexpected.