On the Photoshopping of a Tsnius Hillary Clinton 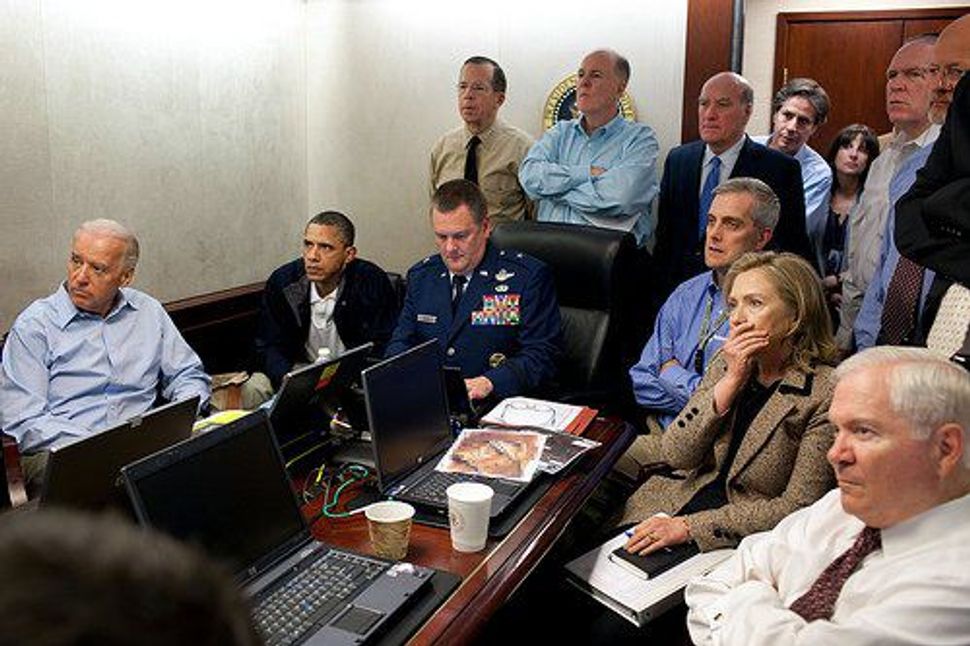 In Der Tzitung, Hillary Clinton was cropped out of this image. (click to enlarge) Image by Pete Souza

The ultra-Orthodox Hasidic Jewish newspaper Der Tzitung has decided to rewrite history by photoshopping Hillary Clinton out of the photo of U.S. leaders receiving an update on the mission against Osama bin Laden. Why? Because the idea of a woman in the Situation Room was “too scandalous.”

Apparently Der Tzitung’s policy is to never publish a photo of a woman because it could be taken as “suggestive.” So is this image of Hillary Clinton in long sleeves and a high neckline suggestive? Or, as Rabbi Jason Miller wrote in The Jewish Week, “Perhaps they just don’t like the idea of a woman with that much political power.” Jezebel points out that Audrey Thomason, the counterterrorism analyst way in the back, was also photoshopped out of Der Tzitung’s version of the image.

This “photoshop of horrors” is wrong on so many levels. First and foremost, it’s untruthful and goes against every principle of journalism, which is not only about being “fair and balanced,” but about being accurate. Rabbi Jason Miller explains that it is also a violation of the Jewish legal principle of g’neivat da’at, or deceit. Additionally, it violates the White House’s copyright permissions which explicitly state “The photograph may not be manipulated in any way” in the caption on Flickr.

Sisterhood Extra: Read the late Stanley Siegelman’s poem, from 2008, about the newspaper Hamodia refusing to publish photos of women.

On the Photoshopping of a Tsnius Hillary Clinton