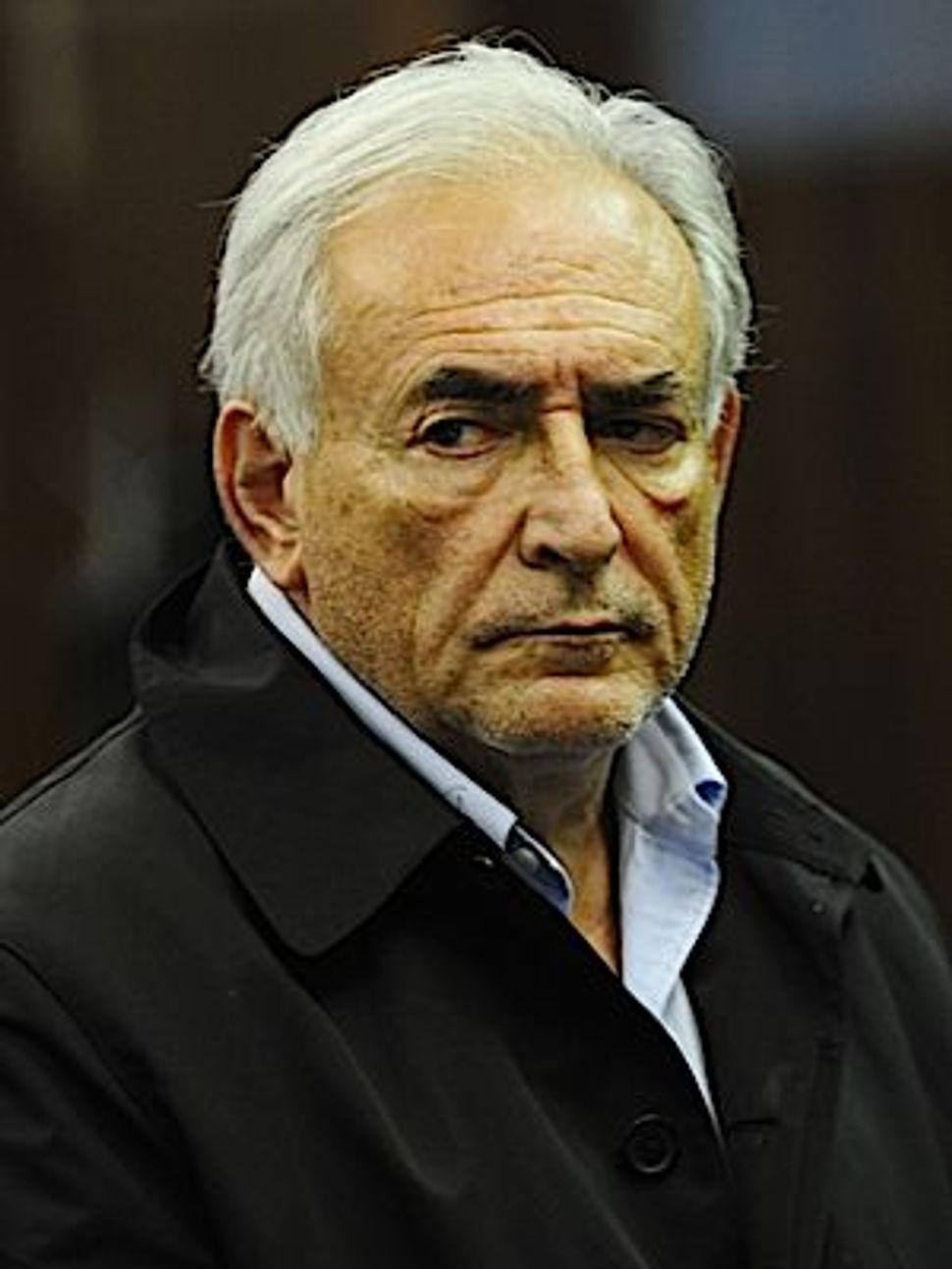 The French public is wrestling with the arrest a man who sat proudly on the top of the ladder of prestige and privilege, who is supposed to represent their country to the world and bring it pride.

Instead, they are wallowing in the sordid details of his alleged sexual attack on a maid in a $3,000-a-night New York hotel room, and the possibility that he had previously taken advantage of his status and privileges to exploit women. The New York Times reports on the “soul-searching” taking place among the French:

The arrest in New York of one of France’s leading global figures and a possible next president, Dominique Strauss-Kahn, on charges of attempted rape produced an earthquake of shock, outrage, disbelief and embarrassment throughout France.

That description sounds very familiar to Israelis, who have been carrying around that particular cocktail for several years now, when the rape charges against former President Moshe Katsav were first announced in 2007.

So does this part of the Times report:

As the impact of Mr. Strauss-Kahn’s predicament hit home, others, including some in the news media, began to reveal accounts, long suppressed or anonymous, of what they called Mr. Strauss-Kahn’s previously predatory behavior toward women and his aggressive sexual pursuit of them, from students and journalists to subordinates.

This history, together with the fact that Strauss-Kahn plans to plead ‘not guilty’ leads me to the conclusion that the French are heading directly for a very Katsav-esque experience. In the Katsav case, court testimony — and media interviews — painted a roadmap of how a man who feels his status, success and importance entitles him to sexual access to any woman in vicinity who catches his interest, whether or not she is interested.

Like the French, Israeli politicians traditionally have enjoyed an environment in which infidelity, even when admitted, does not disqualify one for the corridors of power. The problem with a society in which such behavior is tolerated, the line between harmless, consensual hijinks and criminal sexual harassment and assault becomes blurred.

If the French want to look on the bright side, they can comfort themselves with the fact that this occurred before his run for the presidency, and that, unlike Israelis, they will not have to watch their sordid episode of “Law and Order: SVU” play itself out against the national symbol of prestige that is their President’s residence. Now the shame officially belongs to the International Monetary Fund, not to the French nation.

And finally, yes — unfortunately — what anyone who hears his name would imagine is true. The embattled politician is most definitely Jewish. The London Jewish Chronicle took a tongue-in-cheek look at his Judaism following his last sex scandal in 2008:

Sacre bleu — according to our team of halachic researchers, Strauss-Kahn is half-Ashkenazi, half-Sephardi, but completely Jewish by birth. He has associated himself with the fight against antisemitism — he was MP for Sarcelles, an area with France’s highest density of Jews, and said: “Antisemitism in our country is growing and it would be wrong not to see it.” His wife, Ann Sinclair, is also Jewish. Strauss-Kahn follows in a tradition of Jewish bosses of international financial institutions becoming embroiled in scandal… No, stop, we’re really not going to go there. Not helpful to the Jews.

No, definitely not helpful …