On Schwarzenegger’s Infidelity — and the Lies We Tell Ourselves 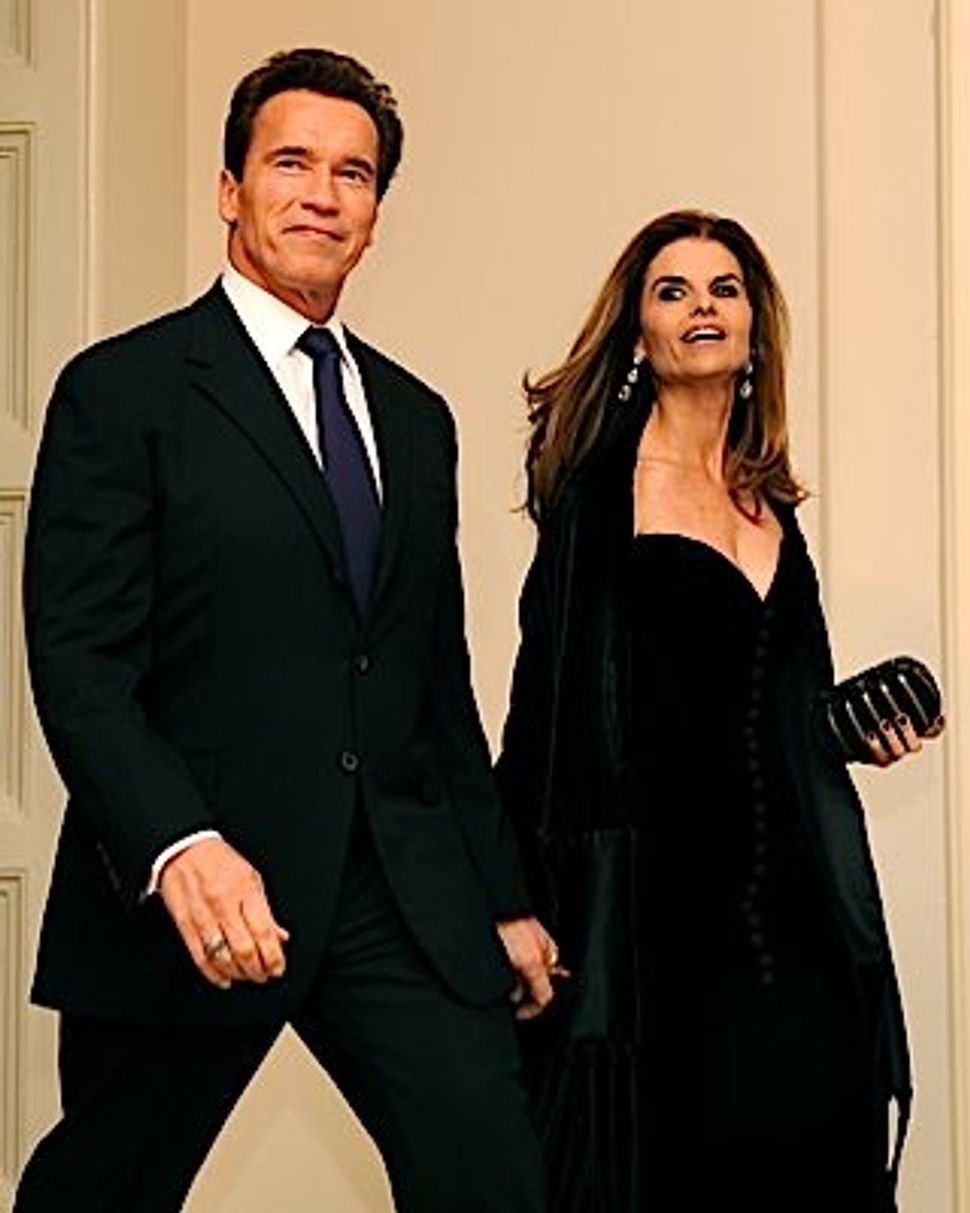 About three weeks ago, my dad died. We soon learned that there were things about his life that were the opposite of the way he had presented them. Nothing enormous, but it is still shocking and saddening. I recently visited with a friend who told me that when her father died, decades ago, his will revealed the presence of a young son that neither she nor her siblings (who were already grown) knew anything about.

This came to mind today, when it was made public that Maria Shriver separated from her husband, actor and former California governor Arnold Schwarzenegger, after he admitted to fathering a child with a longtime member of their household staff. And I wondered: How could Shriver have been married for 25 years to the man now dubbed by “The Sperminator” by the Huffington Post, and not have faced up to the rumors of sexual misbehavior that have long dogged the son of a Nazi stormtrooper? Could Shriver, who has always appeared so smart and savvy, really have been that blind?

But perhaps this is the wrong question. Because the truth of these stories really centers on the lies we tell ourselves.

It is so much part of everyday reality that books have been written on the topic.

We all justify and rationalize what we do:

• I can eat a couple of those cookies and not half the package.

• I really need to buy this pair of shoes/handbag/accessory.

• I gave to the annual campaign of our synagogue/school/other worthy cause, so we don’t need to give to this other campaign.

• If I don’t get to this personally important work today because I must do these office tasks/pay bills/check Facebook, I’ll get to it tomorrow.

We all tell ourselves lies of commission and lies of omission. It seems a built-in part of the human condition (Eve to Adam: Just eat this nice piece of fruit, honey; it’ll be good for you). Shriver surely did – and, I’m sure, Hilary Clinton did with her husband, along the lines of “it just happened once, and I’m sure he’s learned his lesson because the price he’d pay if he did it again would just be too great.” Hopefully, negotiating the challenges of marriage doesn’t usually involve philandering. But we all make unspoken deals with ourselves and our husbands/wives/partners in service of what we hope is a positive long-term relationship.

The difference is, I suppose, between the lies we tell ourselves that hurt only ourselves and those that hurt others. That difference distinguishes garden-variety neurotics like those reading (and writing) this Sisterhood post from power-hungry narcissists like Schwarzenegger and Dominique Strauss-Kahn, the I.M.F. chief who has admitted to prior infidelity, and now stands accused of rape.

But all of these lies that we tell ourselves distance us from authentic relationships with those we love; they also serve to distance us from realizing our individual potential and purpose.

Here’s hoping that Shriver finds her true purpose in the next, post-Ahnold chapter of her life. I hope she runs for public office and moves to New York, so I can vote for her. Because I think she’s destined for great things now that she’s not weighted down by 250-pounds of B-list actor.

On Schwarzenegger’s Infidelity — and the Lies We Tell Ourselves