Gay, Female and Seeking a Home in the Orthodox Community 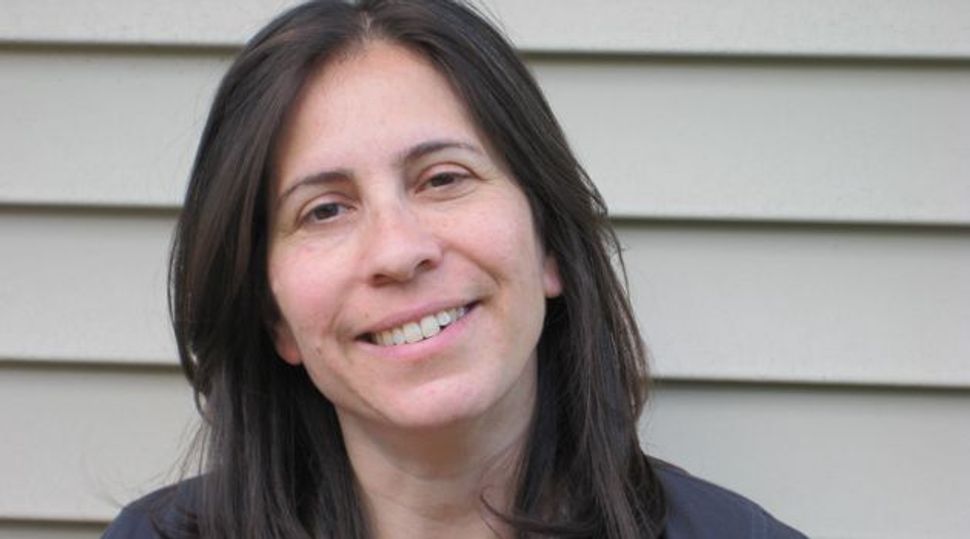 The Hebrew Institute of Riverdale was the first Orthodox synagogue on Miryam Kabakov’s “You Are Not Alone” book tour. Kabakov, founder of the New York Orthodykes and the editor of the 2010 book “Keep Your Wives Away From Them: Orthodox Women, Unorthodox Desires“ — an anthology of 14 essays by Orthodox (or Orthodox-leaning) women who identify as lesbian or LGBTQ — said the book tour is about hearing women’s stories and continuing the discussion that the book started. (Check out our recent podcast with Kabakov here.)

Rabbi Steven Exler, a member of the Hebrew Institute’s rabbinic staff, also thanked the audience for “heeding the call that this is an important conversation to be had.”

Alongside Kabakov at the May 16 event were contributors to the collection. They included the pseudonymous Ex-Yeshiva Girl with her “radical queer politics” and the lawyer Elaine Chapnik, each of whom read from their essays. Also taking part in a spirited Q&A was Chani Getter, a lesbian mother-of-three and a former member of the Hasidic community.

Speakers issued several challenges to the audience — a multigenerational, cross-denominational crowd, of both straight and gay people. Kabakov asked: “I ask you, members of the Bayit” — as the Bronx congregation is known to its members — “are you there for your LGBT members?”

Getter, who spoke with passion about her and her three children’s journeys to acceptance within the family’s Modern Orthodox community, closed her comments with the question: “Will you be one of the ones who makes it easy or difficult [for children of gay parents]?”

While there was debate about the issue of whether or not lesbian relationships are halachically prohibited, HIR community members showed active interest in ‘reconfiguring’ the issue away from halachic discussion, and sought out practical steps to make the community more LGBTQ-friendly.

“It’s about visible representation”, said Kabakov. “We want our life passages to be marked, just like you.” Other suggestions included getting Jewish schools to talk about diversity, and starting “intolerance to intolerance” campaigns.

A gay mom in the audience gave another suggestion: “Accept our straight children as potential marriage partners.” She recounted how her daughter was avoiding dating for marriage, fearing any partner would reject her once he discovered that her mother was gay.

There were also great moments of Jewish humor during the evening. One participant spoke about encountering at an Orthodox lesbian gathering a Bobover Hasidic woman who was bemoaning the dearth of suitable gay women to meet in her Hasidic community. Another participant suggested setting her up with “a great Lubavitcher woman.” To which the Bobover woman apparently replied in horror: “Lubavitcher? No way!”

Gay, Female and Seeking a Home in the Orthodox Community