How ‘Bridesmaids’ Caters to Men 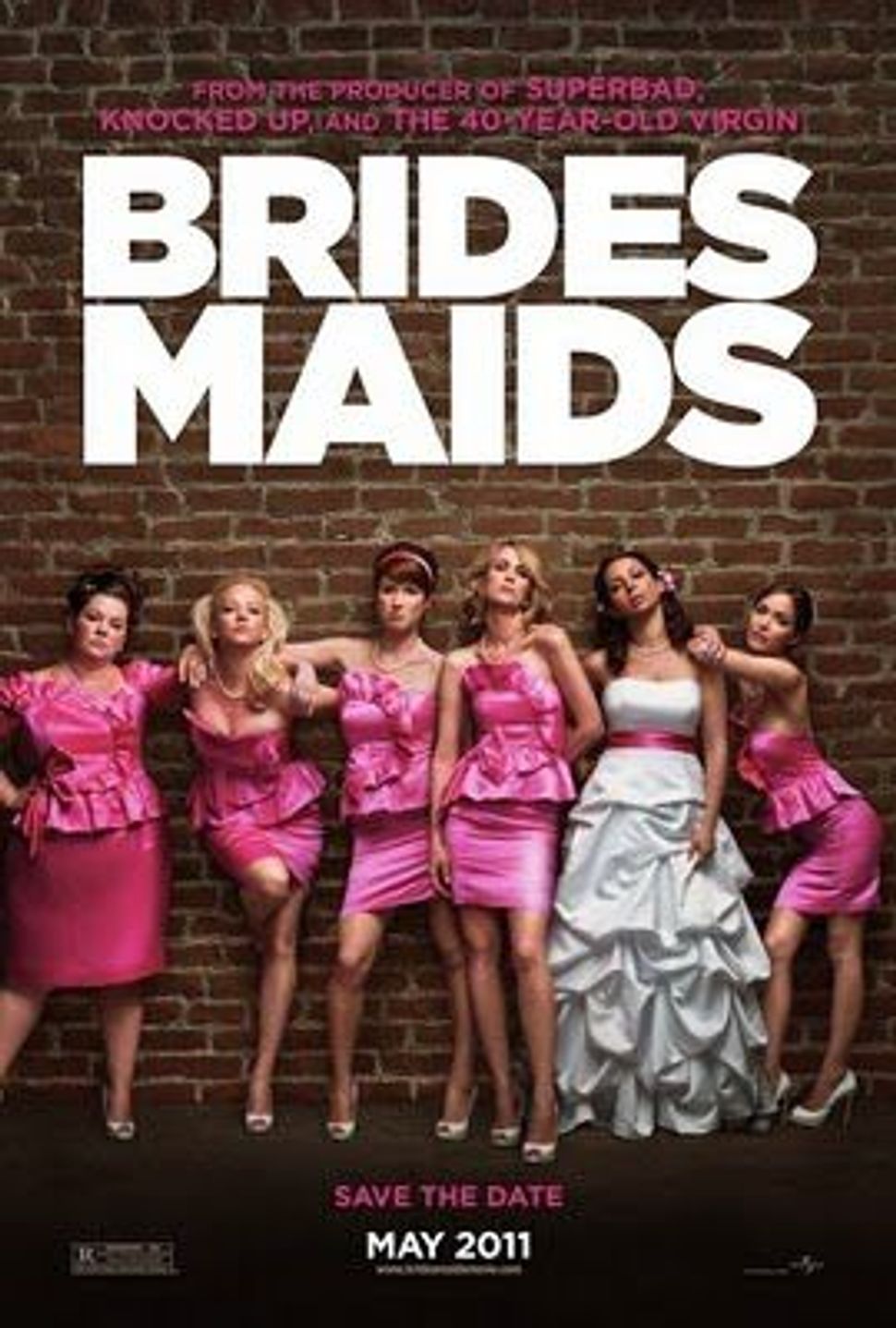 “Super-intelligent, female-centric comedy” seemed to be the consensus among the reviews of “Bridesmaids” I read. So I was excited to see it. In my excitement, I managed to ignore the fact that most reviews spoke of a “super-intelligent, female-centric comedy” in the same way they would reference “a person with four heads who can fly” — as in, wow, how bizarre, who’d have thunk it?

So I went into the film, having successfully convinced my husband to see it with me, ready and excited to like it. I’d already fallen in love with Kristen Wiig from her brief cameo in “Knocked Up” — and there was no doubt in my mind that she could easily pull off a starring role.

And, doing a turn that was part Wiig, part Amy Adams and part Meg Ryan, she ‘proves’ that she can. At her worst, she’s certainly no more offensive than your generic good-looking Hollywood picture-anchor (have any of us really been floored by the acting chops of, say, Matthew McConaughey?), and one scene in particular made me laugh with genuine surprise and pleasure. If you see the film, I’m talking about the scene involving her attempts to catch the attention of a cop with a radar gun. But other than that, watching “Bridesmaids” was, at times, just plain frustrating.

There’s a lot that bothers my inner over-thinker about the film. First, there’s the already-overdone debate about “chick flicks.” “If this is only a chick flick, then call me a chick,” Wall Street Journal critic and object of my critical affection Joe Morgenstern writes. But he does so with the implicit acknowledgment that no one with an IQ above a certain level would ever want to be referred to as a “chick.” Much like chick lit, the idea of “chick flicks” makes me wonder: why is it that anything with a female protagonist gets done up in a pink bow and slapped with the label of “chick flick”? Why is anything having to do mainly with women deemed comparatively insignificant relative to something involving a male lead? If you doubt me, I ask you, when was the last time you heard “chick flick” said as anything other than disparaging?

But don’t get me wrong — I’m not happy with critics who didn’t like “Bridesmaids,” either. On Rotten Tomatoes, a compilation of critical reviews of films, the “haters” of “Bridesmaids” seemed to be, across the board, men. These men seemed to think fart, vomit and diarrhea jokes were beneath women and were the unique provenance of their ball-scratching selves.  And the critics who liked the movie were basically the ones who were comfortable with women doing the same. The concept of real emotional examination, along with humor — that it would even be possible within the context of a funny film, much less one written by (gasp!) two women — seemed beyond the ken of most reviewers.

Maybe the fart jokes do belong with the men, along with the vaguely misogynist idiocy? After all, it is largely unspoken that we, as women, generally have to live up to higher expectations than men do, but don’t get credit for it. I mean, when I gave birth to my first child and saw my mother afterwards, I said something to her along the lines of, “Are you SERIOUSLY telling me that women have been doing THAT for all time – that THAT is how humans are made? If any man in the universe went through a quarter of what I just did, pain-wise, they’d be holding a tickertape parade for him, and we just do that like it’s no big thing?” She nodded.

So here’s a comedy that is written by two clearly intelligent women, yet, in an attempt to gain a more universal (read: more co-ed) audience, they opt to pander with poop.  When the women in the film aren’t pooping, vomiting, stoned or having sex, they are generally irrational, bitchy, angry with one another or pining after something (whether a business or a boyfriend) that they lost or never had. Empowering!

Yes, sure, it’s all kind of funny. But just like sex with Jon Hamm’s unrepentant cad of a character, all the laughing might just make you feel bad about yourself afterwards. To sell women’s irrationality in the face of their best friend getting married — and I’m not talking just PMS-y irrationality, I’m talking full-blown, wreck-your-friend’s-bridal-shower-and-minimize-her-lifetime-commitment insanity — as humorous? Well, to put it bluntly, that takes balls. Or at least the backing of Judd Apatow.

And at the end of the day, the bridesmaids vomited, pooped and cat-fought in vain. According to New York Magazine, the “Bridesmaids” audience was more than two-thirds (67 percent) female, and nearly two-thirds (63 percent) over 30.  “Thor” beat “Bridesmaids” last weekend at the box office with his mighty silver hammer of superhero idiocy, proving yet again that men can be even more idiotic than women.

And hooray for that.

How ‘Bridesmaids’ Caters to Men