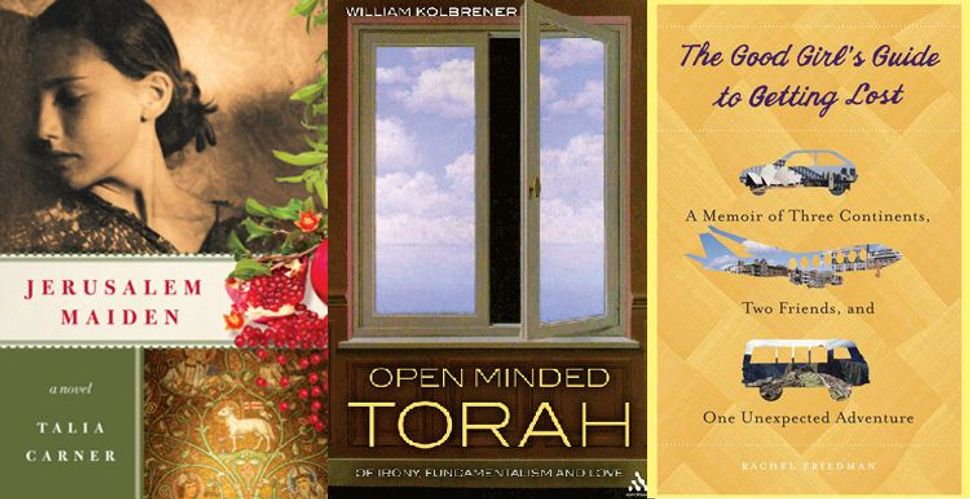 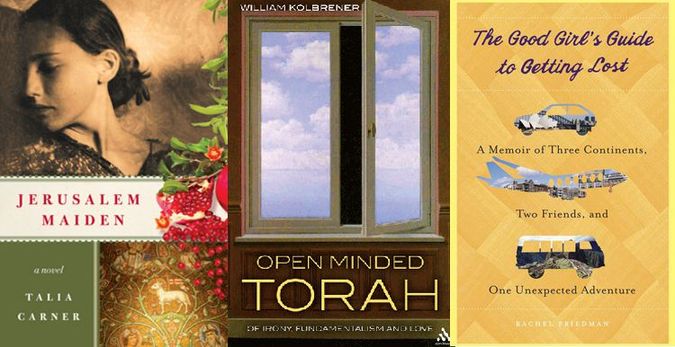 In “The Anti-Romantic Child: A Story of Unexpected Joy,” Priscilla Gilman examines the process of parenting her son Benjamin, who at a young age was diagnosed as hyperlexic, a disorder marked by high intelligence but difficulty with social skills. Gilman, also a Wordsworth scholar, looks at the poet’s work as a way to understand her own feelings of innocence and loss as she figures out how to mother her unconventional child.

Anne Kreamer explores the “tissue ceiling” in “It’s Always Personal: Emotion in the New Workplace.” Drawing on both neuroscience and personal interviews, Kreamer considers which emotions are considered most shameful at work and why. She also provides some tools for dealing with anger, sadness and rudeness at the office.

Sarah Sentilles was set to become an Episcopal priest when one day she woke up and realized that her feelings for God had changed. In her memoir “Breaking Up With God: A Love Story,” she writes about her complicated relationship with God, and what happened when she lost faith.

William Kolbrener, a professor of English at Israel’s Bar-Ilan University, finds the sacred in the secular in his new book of essays, “Open Minded Torah.” He draws on anecdotes about and makes analogies to everything from Shakespeare to the stock market to sports teams, from physics to psychoanalysis to parenting a special needs child to explain why open-mindedness is the pathway to a meaningful and tolerant Jewish existence. Kolbrener is also the co-editor of a volume on the 17th-century British proto-feminist Mary Astell.

In “No Biking in the House Without a Helmet,” Melissa Fay Greene writes about how, after having four biological children, she ended up adopting five more — one from Bulgaria and four from Ethiopia. Greene discusses the adoption process, trips abroad to orphanages and the struggles and triumphs of her large, unconventional family.

In “The Good Girl’s Guide to Getting Lost: A Memoir of Three Continents, Two Friends, and One Unexpected Adventure,” Rachel Friedman recounts her post-college year traveling the world, and how she discovered beauty in not always knowing exactly where you are.

Vanessa Hidary, the poet and performer known as “The Hebrew Mamita,” is out with “The Last Kaiser Roll in The Bodega,” a collection of poetry, prose and excerpts from her one-woman show, “Culture Bandit.” Hidary examines everything from her Latino and Jewish identities to her love of hip-hop culture to matters of unrequited love.

When Susan Gregory Thomas got married, she swore that she would never divorce. Like many kids in the ’70’s and ’80’s, Thomas had suffered through her parents’ divorce and did not want her daughters to experience anything like it. Still, after 16 years of marriage, Thomas realized that it was time to call it quits. In her memoir, “In Spite of Everything,” she takes a emotional and often humorous approach to her own divorce — explaining her attempt to protect her children, and recounting what it was like to grow up as a typical Generation X child of divorced parents.

A former columnist for forward.com, Rabbi Ilana Grinblat shares the spiritual lessons of her own journey into young motherhood in “Blessings and Baby Steps.” Grinblat, who teaches at American Jewish University’s Ziegler School of Rabbinic Studies in Los Angeles, guides readers to look for meaning in parenthood’s more trying moments — temper tantrums and toilet-training, among them.

Novelist Talia Carner tells the story of Esther Kaminsky, a young Orthodox women living in Jerusalem during the final days of the Ottoman Empire in “Jerusalem Maiden.” While Esther would prefer to move to Paris and pursue an artistic life, her family expects her to marry and have children — with the larger purpose of hastening the arrival of the messiah. The story explores the complex bonds between desire and faith, the individual and the community.

It’s all about self-discovery and desire in the City of Lights for three Americans in Ellen Sussman’s novel “French Lessons.” The story follows Josie, a young teacher, Riley a lonely ex-pat housewife, and Jeremy, the husband of a famous actress, over the course of a single day, as they wander around Paris with their French tutors, learning about the city — and about themselves.

Francine Prose’s latest novel, “My New American Life,” centers around Lula, a 26-year-old Albanian immigrant who works as an au pair for “Mr. Stanley,” a Wall Street executive in New Jersey and his blasé teenage son, Zeke. Lula, well-meaning and homesick, describes her interactions with her immigration lawyer, her boss, and the Albanian criminals who implore her to safeguard their gun.

A teenage sex scandal rocks the private school Manhattan universe in Helen Schulman’s latest, “This Beautiful Life.” The Bergamots are beginning to settle in their new home of New York City when their teenage son receives an explicit video from an admirer. In an instant the video goes viral, forcing the family to confront matters of identity and morality in modern life.

In her short story collection “If I Love You, I Would Tell You This,” Robin Black looks at the role of memory in love and loss. Somber and meditative, Black’s characters are prompted by matters such as death, old-age and illness to move toward endings and then, new beginnings.