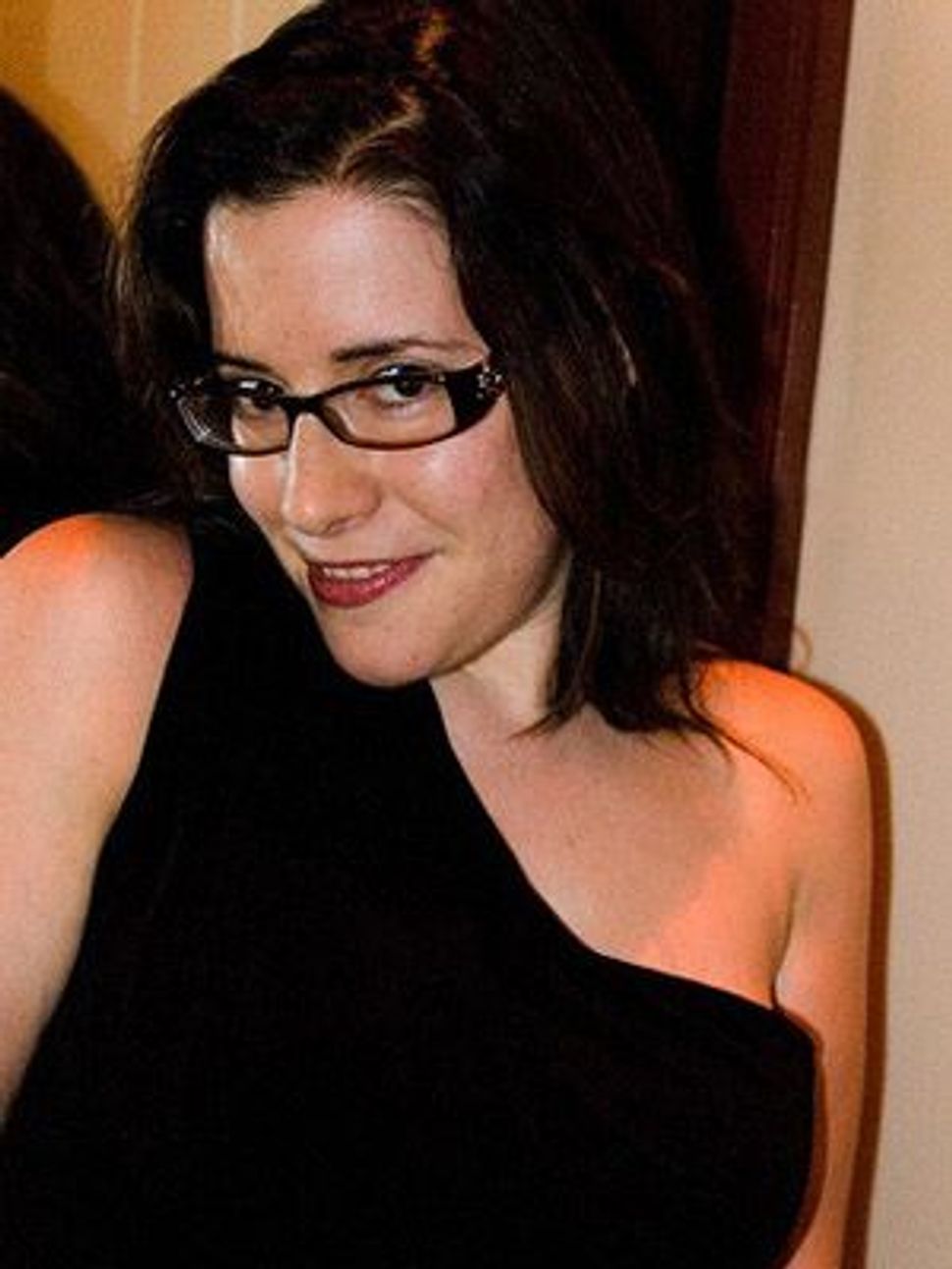 Rachel Kramer Bussel is among the most well-known and prolific contemporary Jewish writers of erotica. Her work has appeared in more 100 anthologies, as well as in numerous online and print publications. She is a senior editor at Penthouse Variations, a contributing editor at Penthouse, and is the series editor for the “Best Sex Writing” anthologies. Her latest editing endeavor is “Obsessed: Erotic Romance for Women,” released earlier this month by Cleis Press. She spoke recently with The Sisterhood about stereotypes of Jewish women in the bedroom, why she doesn’t see feminism and submissiveness as mutually exclusive, and the good advice that she says applies to both writing and sex.

Rachel Kramer Bussel: I do think some of the best sex and best relationships I’ve had have a spiritual, though not necessarily religious, component, but I don’t know that Judaism directly influences my work. I have my own struggles with religion and faith, and am not the biggest fan of organized religion … but I think what Judaism has taught me is to always question the world around me and to believe in my own answers — just as much as any dogma.

What do you think about the stereotypes about Jewish women and sex that pervade mainstream culture — stereotypes like the JAP and the Jewish mother?

Do you consider your work to be feminist?

I consider myself a feminist, certainly, and I hope that my anthologies inspire people to fantasize widely and perhaps read aloud to one another. I don’t necessarily think of them as “feminist erotica,” but I do think everything I do, whether nonfiction or fiction, as author or editor, is informed by my politics and my feminism.

What drew you to this work?

Initially I was reading a lot of erotica, and just wanted to see if I could do it. I wrote my first story, “Monica and Me,” and it was published in two anthologies, and that early encouragement made me want to keep writing.

From there, I started submitting more stories, and later that led to other opportunities, like my full-time job at Penthouse Variations, the column I wrote for a few years for The Village Voice, and editing a bunch of my own anthologies.

What’s kept it interesting for me is that I try to keep challenging myself. I can get inspired by everything from a tabloid story to a running magazine, and am always on the lookout for new themes and subcultures and kinks to explore. The more widely I expand my knowledge about the world and sexuality, the more I see how similar we all are, but also how complicated sexuality is.

What’s the best advice you’ve been given about writing? About sex? About writing about sex?

The most basic and helpful advice about writing I’ve read, boiled down, is to simply go for it, especially during the first draft. I can safely say that fear has been my biggest obstacle and the cause of much of my writing failures — fear and lack of trying. I think being fearless in writing and in sex, and believing in yourself, are very important. It’s all too easy to want to do what everyone else is doing and worry about whether you’re “normal.” I’m of the Kelly Cutrone “Normal Gets You Nowhere” school of thought.

What would be your advice to young women about feminism and sex?

I think they are related but not necessarily the same; they can inform one another, certainly, and feminism can have an impact on relationships, but I don’t think there’s some standard “this is feminist sex,” and this isn’t. That would be antithetical to how I understand feminism.

To me the connection is more about agency and power in terms of embracing whatever it is that we’re into. I see positive signs in things like SlutWalk, — even though not everyone is going to embrace the word “slut.” I think breaking down the idea that there are things “men like” or “women like” in bed, and recognizing how varied we all are is a feminist endeavor that will ultimately benefit all of us.