Amy Winehouse Brought Out The Jewish Mother In Us All 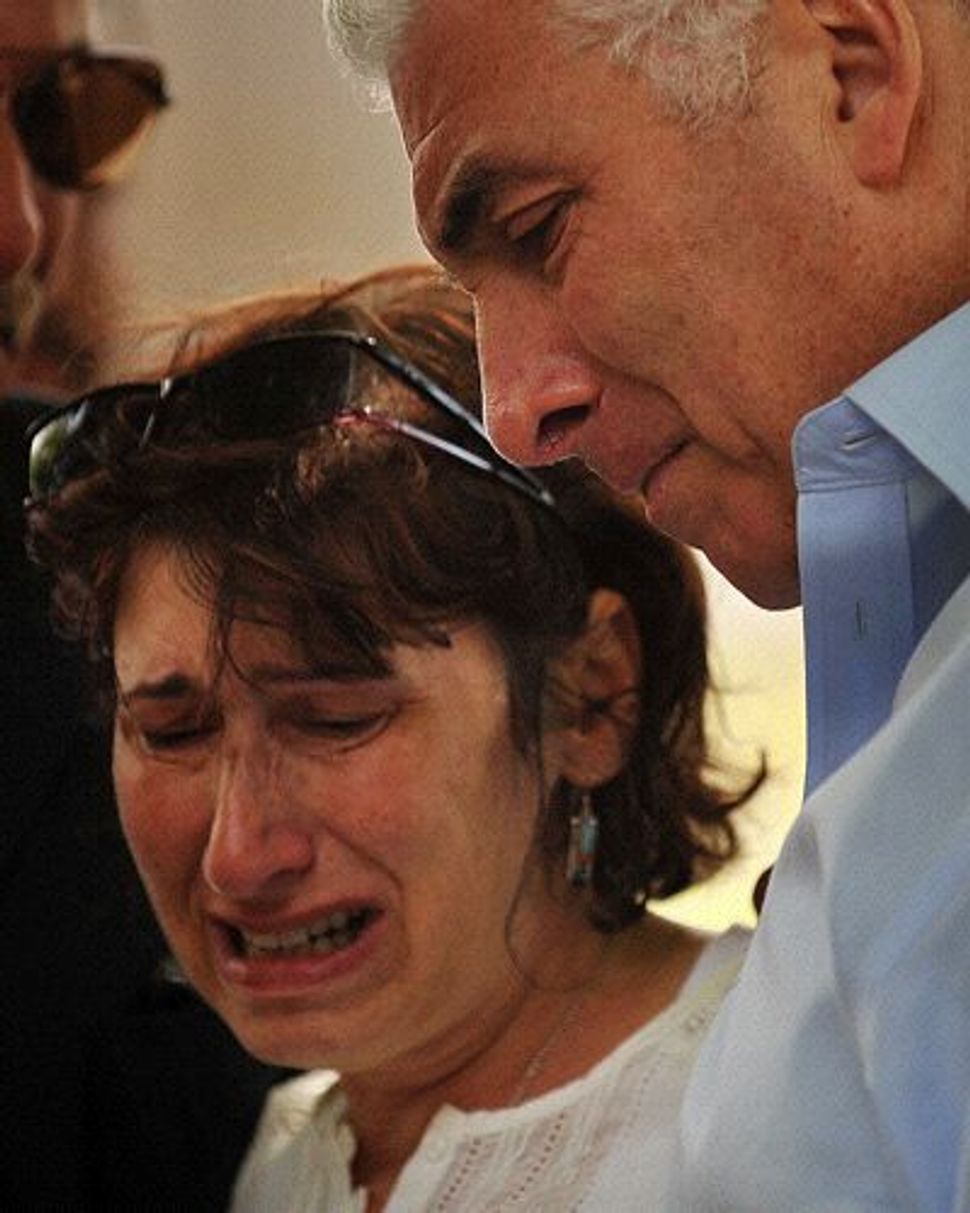 We Jewish parents are, after all, obsessed with our children living up to their potential. We accept our offspring’s God-given limitations. But when there is a child with seemingly limitless possibilities for creativity and success, as Winehouse’s tremendous musical talent offered her, it is particularly achingly painful to watch them follow the well-worn celebrity path to self-destruction and death.

And so it was with Winehouse, almost from the very beginning. A first listen to the edgy jazz featured in her iconic album “Back to Black,” with her enchantingly world-weary voice, convinced us we were listening to an updated recording of an African-American legend like Ella Fitzgerald or Billie Holiday. But no – that voice belonged to a painfully skinny Jewish London waif with a retro beehive hairdo and sailor tattoos. We were fascinated, and unreasonably proud that she was Jewish and grew up with Friday night dinners at her grandmother’s London home. Let’s face it – we’re suckers for members of the tribe who are both successful and cool. Even when they are clearly addicted to drugs and alcohol. Jewish websites and blogs which fancied themselves young and hip faithfully chronicled every Winehouse foible – every arrest and on-stage collapse, every inappropriate relationship – and of course, every award and hit record.

She was a hot mess, and she was our hot mess.

We feared – even as we expected – her inevitable demise as it became increasingly evident that she was set on hurling herself into the abyss of addiction. Her mother, Janis, described it as being “like watching a car crash – this person throwing all these gifts away.” She admitted herself that her daughter’s death “was only a matter of time,” a shocking thing for a mother – Jewish or otherwise – to be able to say out loud.

Janis and Amy had lunch on Thursday – and Amy told her mother that she loved her – a day before the singer went out and bought cocaine, heroin and ketamine, mixed the drugs with alcohol and died alone in her bed.

In a piece celebrating Winehouse’s music and persona as a “Jewish bad girl,” Dvora Meyers wrote in Tablet last April that:

Though she cloaked herself in the style and sound of girl groups from 40 years ago, Winehouse brought a thoroughly modern—and Jewish—sensibility to her lyrics and performances. She spoke not of love and romance, as her predecessors did, but of addictions, sex, and every Jewish girl’s favorite emotion: guilt. In her famously adenoidal voice, she sings about the men she will cheat on, those she will use up, and the ones she intends to spit out. Her songs and tone drip with regret, but also the inevitability of her bad behavior. Any astute listener knows that she’s not going to change. In fact, we hope she doesn’t.

I, for one, wish she had been able to change. I wish that she had gone to rehab, stayed there, conquered her addictions and found a guy who wasn’t a loser criminal to help her chase away her demons.

Even if it meant she would have stopped being edgy, even if she lost her chic anorexic proportions and grew fat having some of the seven kids she once fantasized about having it would have been wonderful if she had somehow found the self-described “nice Jewish girl” that remained inside the junkie scarecrow and let us listen to that voice for at least a few more decades.

Amy Winehouse Brought Out The Jewish Mother In Us All