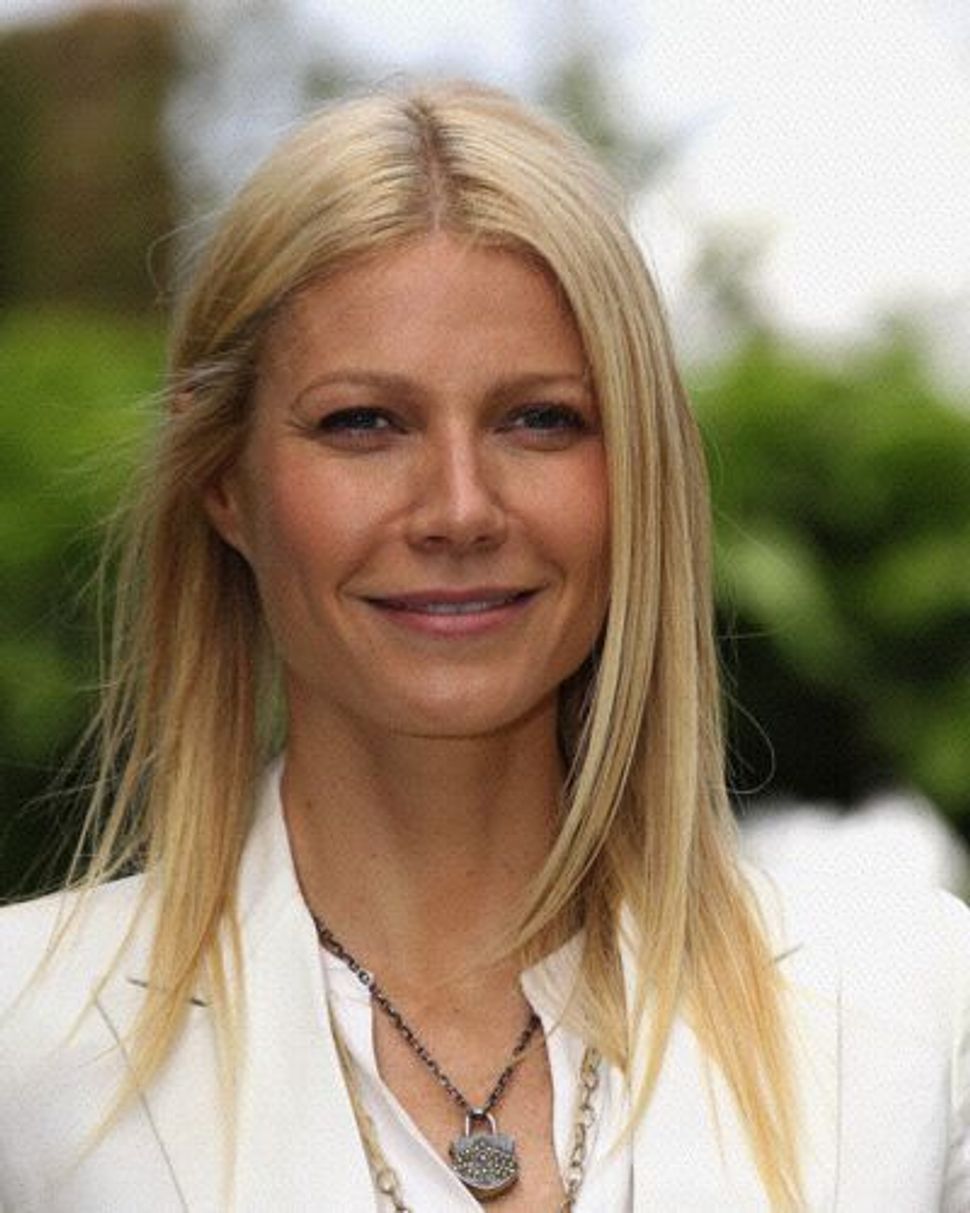 “Girls, how would you like a honeymoon every month?” A famous question tattooed on the brains of nearly any woman who attended Jewish day school. Who can forget the opening gambit of the mikveh pitch, courtesy of the local rebbetzin, to a class of nervous, giggling 13-year-olds?

It sure hooked me. I thought, “That cute guy doesn’t even know my name and we’re talking honeymoon already? Deal me in.” But experience has changed my perspective. Raise your hand if you’re a Jewish woman with mixed feelings about this whole mikveh business. I thought so. It’s complicated, cold, messy and wet. So imagine my surprise reading in this article in the U.K’s Daily Mail. It says that actress Gwyneth Paltrow is immersing herself in the questionable idea that dipping into natural water is a way to beat stress.

On her website Goop, Ms. Paltrow, seeking “some very practical ways of reducing” stress, shares advice from several sources. Among them is “spiritual teacher” Monica Berg, who the actress quotes as saying: “Is it possible that something as simple as water can wash away our fears, worries and doubts and give us a sense of renewal…?

“There is a kabbalistic tool that can be of assistance… It is called the mikveh, which is simply immersing our entire body in water, preferably in natural flowing water such as a stream, ocean or river. If that’s not available, then a pool or bath will also suffice.”

Ooookay. There are bodies of water appropriate to use for mellowing out, and then there’s water for sanctification. I just can’t picture Ms. Paltrow clutching a plastic bag with shampoo, a comb and other toiletry gear frantically buzzing the back door of a nondescript brick building after dark, while a disembodied voice at the other end wants to know “Who is it?” (Who are you expecting, Cookie Monster?)

Far be it from me to throw cold water on how Ms. Paltrow chooses to decompress from the rigors of Hollywood. But it’s obvious we don’t mix in the same circles, or pools. A dip in sun-kissed open water scented with a fresh breeze and birds crooning overhead; who couldn’t float their cares away in that setup? But at the mikveh?

Start with its crowded waiting room, me with one eye on the clock and the other on a posse of faces I’d rather not see there. Throw in a cacophony of hair dryers, a dozen bathtubs and showers going full throttle, and that buzzer; mix with the heady aroma of scouring bleach, damp towels and humidity. Pray the air conditoning holds to keep from melting.

And that’s just for openers.

Try staying calm picking off the ubiquitous stray hairs on shower tile, or ducking mikveh ladies who run with scissors. (It wouldn’t surprise me if the TSA consulted mikveh attendants on the art of the pat-down, even if agents don’t get to yell, “Kosher!”)

As for the actual dunks, I am too busy shaking water from my ears, sputtering and blocking out ambient noise to levitate spiritually. I just want to dry off and get out.

But my stress level still has one more notch to climb: the guy parked in plain sight of the mikveh’s back exit while he waits for his wife. (At such a man I once yelled. Though he gave back as good as he got, it was sweet satisfaction knowing his shul buddies wouldn’t be hearing about that particular interaction the next morning!)

And all this is supposed to set the stage for romance? It should have a disclaimer: reality not exactly as depicted.

Being in my fifties, mikveh is now water under the bridge (menopause has its privileges), but my conflicted feelings haven’t paled. I wonder if the approach has changed, if mikveh classes for brides or young couples discuss the impact of work schedules and deadlines that clash with mikveh dates, or the emotional toll of two people being expected to turn “on” and “off ” like kitchen sink faucets.

Mikveh is no more about monthly honeymoons than keeping kosher is about health benefits: one observes both because G-d wants it so. Mikveh doesn’t need a topcoat of idyllic, almost fairy tale language, or marketing like a magazine cover teaser, “The secret to marital happiness.” It is not a panacea: millions of couples, Jewish or not, enjoy happy, sound marriages without these laws. So why put it on a pedestal?

Call me a snob, but I don’t like the mikveh used as a conduit for feminist or holistic purposes. When I heard a woman who’d never previously been to the mikveh kvell about her first immersion (before the High Holidays), my reaction was visceral: this is not an amusement park ride you try once in a while for a thrill.

Like so many other mitzvahs, mikveh requires a big investment of patience and faith. After all, boot camp may be good exercise, but that doesn’t mean I have to like it.