A Feminist Mohel Speaks Out 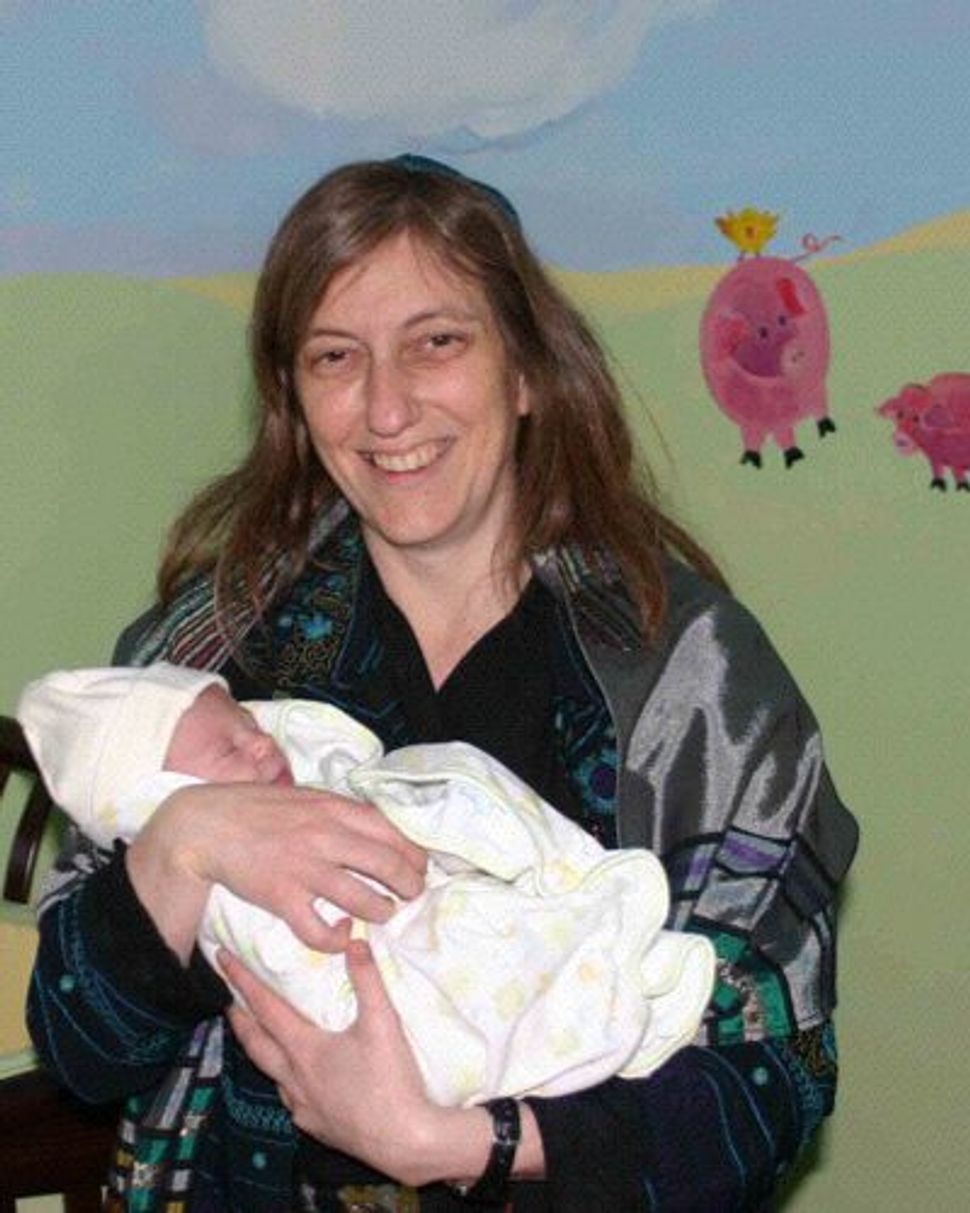 The recent ballot initiative to ban circumcision in San Francisco, which was recently dropped, ignited a hair-raising and soul-searching debate on the topic between Jews and non-Jews, and Jews and Jews alike. For some of us at the Sisterhood, one of the more confounding elements of brit milah conversation was whether we should endorse a procedure that is limited to men.

The Sisterhood spoke with Emily Blake, an M.D., certified mohel and a feminist, about the ballot initiative and what it means to perform a brit milah from a women’s perspective.

Elissa Strauss: How did you decide to become a mohel?

Emily Blake: First, learning to do a circumcision was part of my training to become an OB/GYN. The next crucial factor was hearing from a friend, a gay black man, in a time before AIDS, his observation that black men’s’ circumcisions were more often more poorly done than white men’s. In the hospital I was at clinic babies were predominantly African American and the interns, who are just learning the procedure, were responsible for doing all of their circumcisions. So I took it upon myself to do as many of the hospital circumcisions as possible, giving each one the attention and respect it deserved. It was a social justice issue for me.

The next important step in my decision came when my partner and I were discussing having children. At the time, I was in an interfaith relationship and the question of circumcising our potential son came up. Through this discussion I came to see how important circumcision was to me. I felt that I am proud to be Jewish and want my children to feel the same. I did not want to give them confusing messages or shame about their identity. Just as the quality of a circumcision felt like a social justice issue, the brit felt like a political issue. When I thought about the oppression and discrimination Jews have suffered over the years, it felt like an insult to the memory of those who lost their lives simply for being Jewish, to not circumcise my son.

What is the history of female mohels? How many are there today?

Women have been acting in the role of mohel/mohelet for a very long time. Zippora, Moses’s wife, circumcised their son in the book of Exodus and sources from antiquity, including the Mishna and Talmud refer to female mohels.

Today female mohels are a minority. I know of no data quantifying the number of mohelim in the US or the world, which is partially because of the different ways they are trained. Information published in 2002 from the Reform movement’s training program reported that 54 of the 237 were women. Also, the Reform and Conservative movements have both done outreach to find physicians, men and women, skilled in circumcision who wish to become mohelim.

As a woman, do you ever feel conflicted about the fact that this fundamental element of Judaism is limited to men?

As a woman and as a feminist I have often felt conflicted that this important rite is centered on boys, but ultimately I have come to see it from a truly Jewish perspective. Judaism is an interesting religion. The name Israel, given to Jacob, means to struggle and we are truly the people who struggle. We are the people who challenge, who question, who reinterpret.

I have come to see brit milah as another example of this Jewish struggle, this irony. Judaism is a matrilineal religion, so without daughters we have no religion, we have no more Jews. To me this clearly demonstrates the importance of women in Judaism. Yet, our “most important ritual” centers on boys only. I no longer have a knee-jerk reaction that this implies we value boys more the girls within Judaism, instead I see the way the importance of this ritual reflects the conflicts and questions within Judaism. We value our daughters who provide us with future Jews, and we value our sons and invented an important ritual of welcome.

What is your take on the recent initiative to get circumcision banned in San Francisco?

There have been many times in Jewish history when circumcision has been banned, both in ancient times and, more recently, in the Soviet Union. It is anathema to me that a city as open as San Francisco would begin to discriminate and limit options for anybody. If the person who started the movement wanted to initiate discussion or a thoughtful engagement, that would be wonderful. But an outright ban is just an infringement on everybody’s rights. It feels anti-Semitic and if you look at the comic book they put out it is identical to the imagery used in Nazi Germany. Also, the ban would affect Muslims who are circumcised for religious reason as well as anyone else who wanted to have the procedure done on their child. Ultimately, an outright ban like this would not stop circumcision; it just makes it harder for people to do it.

What do you think about the brit shalom, or a naming ceremony for boys without the circumcision?

For me, brit milah is a proud proclamation of Jewish identity and tradition. Certainly circumcision is not limited to Jews, but Jews have been getting circumcised for approximately 4,000 years. When I stand there, holding a knife, saying blessings, I am reenacting something exactly as it was done 3,000 years ago. It is powerful. I don’t believe that we do our children any service to force them to make such a physically painful decision down the line to feel comfortable living as a Jew.

A Feminist Mohel Speaks Out