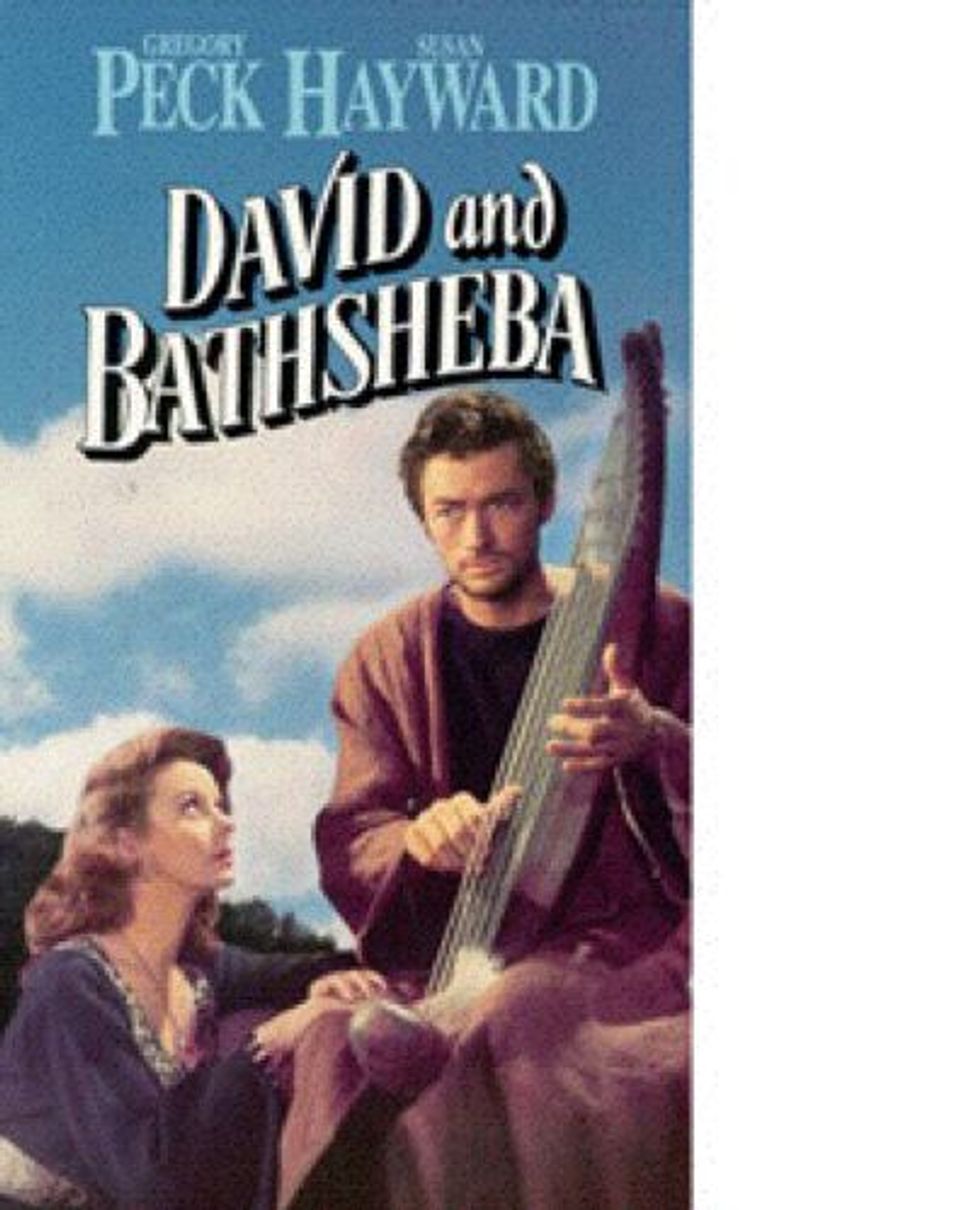 Web-based Christian evangelist and author Ty Adams knows that no housewives were more real than those in the Bible.

Infertility, adultery, loneliness, general skankiness – you name it, Biblical women suffered or did it. As an antidote to the “Real Housewives” franchise currently on television, Adams has created “The Real Housewives of the Bible,” a re-telling of stories from the Bible. The series is slated to soon be released on DVD.

If it were a Sisterhood series, I imagine the episodes would go something like this:

(Sur)real Housewives of the Bible The Sisterhood TV Network: Season 1

Episode 1: Sssso Sssinfully Sssexy! Those snakeskin shoes are calling Eve’s name. Irresistible! Must-have! Adam will kill her – they’re much too expensive, and she promised she wouldn’t look, let alone touch another pair of shoes when she already has so many in her closet! But snakeskin shoes are pure sex, and for some reason, she suddenly wants to be sexy. At home, she bakes Adam an apple pie to soften his mood. He takes a bite – “Delish!” – then remembers that the doc forbade it. “It’ll kill me!” he screams at Eve. She reassures him, “no, no don’t be silly.” Wearing her snakeskin shoes, she removes her fig leaf, seduces her husband into silence and afterward, tells him to weed the garden. Sarah Jessica Parker borrows Eve’s shoes for a night in the city.

Episode 2: Who’s Yo Daddy? Sarah is pregnant! It’s true, when you stop trying, that’s when it happens! Sarah can hardly believe Abraham had it in him – the old geezer is pushing 100! And she hasn’t had the curse in many a moon. Despite their years of wife-husband swapping – Abraham gave her to the pharaoh for his harem, and she gave Abraham her maid, Hagar, who had a baby with him – here they are, at their age and having stuck it out all these years, having a baby together. Maria Shriver midwifes the blessed event.

Episode 3: Bless me! Is that really you? Rebecca concocts a scheme so her husband, Isaac, will bless her favorite son, Jacob, instead of his favorite, Esau. She dresses Jacob up in Esau’s clothes, and Isaac, suspicious by nature ever since almost being sacrificed as a child, keeps nudging, “Is that you, Esau? Come closer. Kiss me. Is that you, huh, is it you?” He blesses Jacob. Manipulated again! Esau threatens to kill Jacob, Jacob flees and then comes back. Binyamin Netanyahu and Mahmoud Abbas are called in to adjudicate issues of property rights and which son was truly their mother’s favorite. Eventually all the nations of the world decide to get involved in the family business.

Episode 4: Take My Husband – Please! The barren Rachel asks her sister, Leah, for some of the phallus-shaped mandrakes. Leah says, “You took my husband, now you want my mandrakes!” Rachel offers Leah a conjugal night with their husband, Jacob, in return. Leah swaps sex for the “love plant,” but, alas, it is as useless as the fertility idols that Rachel stole from her father’s house, and Rachel does not become pregnant. Rachel flings her handmaiden at Jacob. Leah retaliates, and flings her handmaiden at Jacob. Angelina Jolie takes Leah’s side, and squares off with Jennifer Aniston, who is firmly in Rachel’s corner. Brad Pitt joins Jacob for hummus and beer, which they need somethin’ awful.

Episode 5: You Can Lead a Horse to Water Yes, she has a mud palace with gorgeous views of the sunset on the Nile, and lots of household help, but her husband works all the time and is more interested in food than in her, so Pothiphar’s wife is bored out of her skull! Joseph, the estate manager, is handsome and built like a stallion. She flirts. And flirts. The dreamy Joseph is oblivious. Desperate for a little lovin’, she grabs him by his tunic and orders, “Take me now!” Joseph runs away, leaving his garment behind. She accuses him of attempted rape and has him thrown into prison. Dominique Strauss Kahn commiserates with Joseph.

Episode 6: Judah’s Baby Mama Her first husband is dead, his younger brother was put to death for spilling his seed instead of impregnating her, and the youngest brother, fearing a fate like his brothers, has disappeared. So the childless Tamar decides to rely on family tradition in order to have a baby: deception. She covers her face, dresses up as a prostitute, stands on the side of the road and when her father-in-law, Judah, comes along, seduces him. She brings twins into the world, but Judah doesn’t touch her again. Jennifer Lopez relates all too well, since two guys pulled out on her before Marc, and now he’s gone. Jenny calls Tamar to set up a play date with their respective twins.

Episode 7: Wake up! Wake up! The country is a mess, and Deborah and Yael are sick and tired of being under the rule of others. They have hit their limit. Deborah summons Barak, the Commander-in-chief and says, “We’re kickin’ butt.” They wage a victorious war on the Canaanites. Meanwhile, the opposing side’s commander, Sisera, seeks refuge with kindly Yael. She lulls him to sleep then pulls out a hammer and drives a tent peg through his temple. Hilary Clinton suggests to Deborah that she might have tried diplomacy first. Sarah Palin teaches Yael how to shoot a musket.

Episode 8: Have a Baal Jezebel, wife of King Ahab of Israel, is attending a rage management seminar because of her propensity to have the doomsday prophets of Israel murdered. “They won’t stop minding their own business!” she screams (Naomi Campbell nods sympathetically). “They say I can’t be Queen of Israel and worship God while I keep Baal as a god on the side! You can’t have it all, they say, but I wanted to have it Ba-al!” Adele agrees with this sentiment, and insists, “You could’ve had it Ba-a-aal!” The ladies ba-awl together.

Coming next week: Bathsheba takes a bath, prompting a fervent “Hallelujah!” from Leonard Cohen. Miriam thinks she has really bad eczema but discovers that it’s leprosy! The Witch of Endor is communicating with the dead when Michelle Bachmann hires her to exorcise her personal demons: Charles Darwin; Karl Marx; Tony Kushner; Rachel Maddow; the Pope; Tim Pawlenty; and Ron Carey.