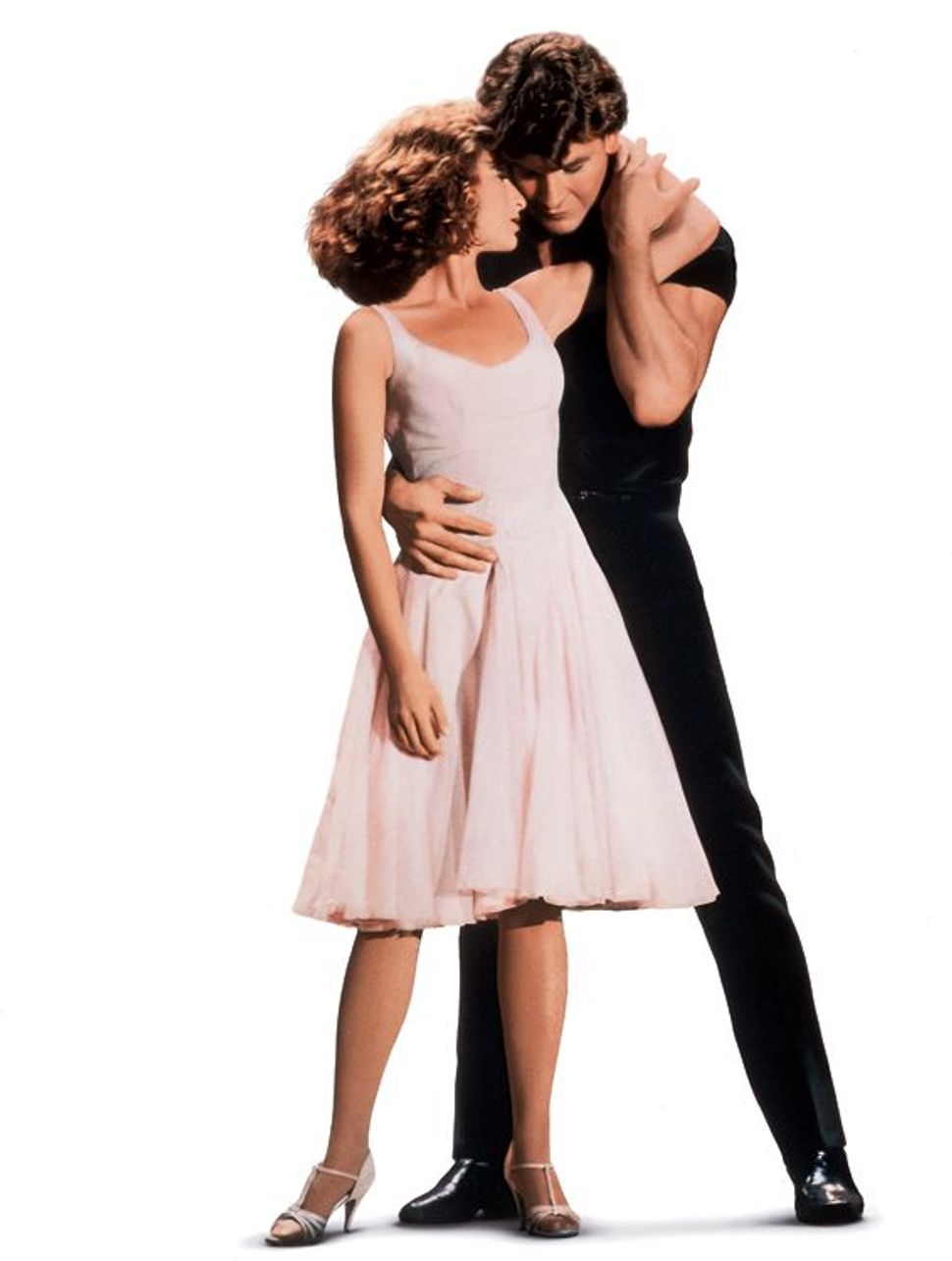 Jennifer Grey and Patrick Swayze having the time of their lives in the original ?Dirty Dancing.?

A “Dirty Dancing” remake is officially in the works, with Kenny Ortega, who choreographed the original, set to direct.

The announcement of the new project quickly incited a chorus of complaints from those who think the idea is sacrilegious, as well as a flurry of speculation on who would play Baby and Johnny.

I, for one, would be happy to see a remake, as long as it is done right. And by right, I mean at least a little Jewish.

As a woman who grew up at the end of the last century, I imagine I am not alone when I say that no movie, or perhaps even fictional story, had more influence on who I am than “Dirty Dancing.” Even though I was only seven when the movie came out, I knew by the second scene that I wanted to be a Baby and not a Lisa. I wanted to be someone who used her intelligence and sensitivity to determine the right thing to do, and then have the courage to act on it.

I wanted to scratch the surface of my cozy upper-middle class existence and bear witness to the classism and sexism just on the other side. I wanted to ensure that the people around me got the treatment they deserved, even if it meant taking big risks.

I also wanted to dance with a man as broad-shouldered, supple-spined and strong-jawed as Patrick Swayze, something frizzy-haired Baby gets to do as a result of said intelligence, sensitivity and courage. (As a consolation prize for my good intentions, I purchased a 30 by 50 inch poster of Swayze with a still from the “Sylvia and Mickey” scene which hung on my wall for four years.)

As I watched, and watched and watched, the film over the years I saw how Baby’s Jewishness is a huge part of her character, even if it is never explicitly mentioned in the film. It’s Baby’s sense of otherness, her aquiline nose compared with her sister’s waspified button one, her curiosity and reluctance to make herself too comfortable, that set her apart from the other guests at Kellerman’s summer resort. Baby, at her core, is haimish, and she spends most of the movie trying to convince others to be haimish too.

So I sincerely hope that when they cast the remake they don’t forget this. Without the earnestness and warmth projected by Jennifer Grey and Patrick Swayze, both unknowns at the time, the important pro-choice, pro-strong woman and pro-open mindedness messages of the film would have been lost.

Names being tossed around for Baby are Lea Micheleand Emma Stone, both promising young actresses but both are missing the earthy innocence of Grey. Miley Cyrus and Taylor Swift have also been brought up, both of whom might incite me to call a boycott. I am sure they are lovely girls, but Baby they ain’t.

For Johnny, Derek Hough, Zac Efron, and Channing Tatum have all been mentioned, but they all lack the believable working class grit that Swayze brought to the role. Of course, working class anything has fallen out of favor in Hollywood, except for the marvelous “Friday Night Lights,” which recently wrapped up its final season. If only Tim Riggins (Taylor Kitsch) could dance!

I am crossing my fingers that those in charge of the “Dirty Dancing” remake channel some of the idealism and courage both in and in the making of the original film, and resist the Hollywood gloss that has made movies more treacly over the last decade. The good news is that if they blow it, at least we’ll always have the original.