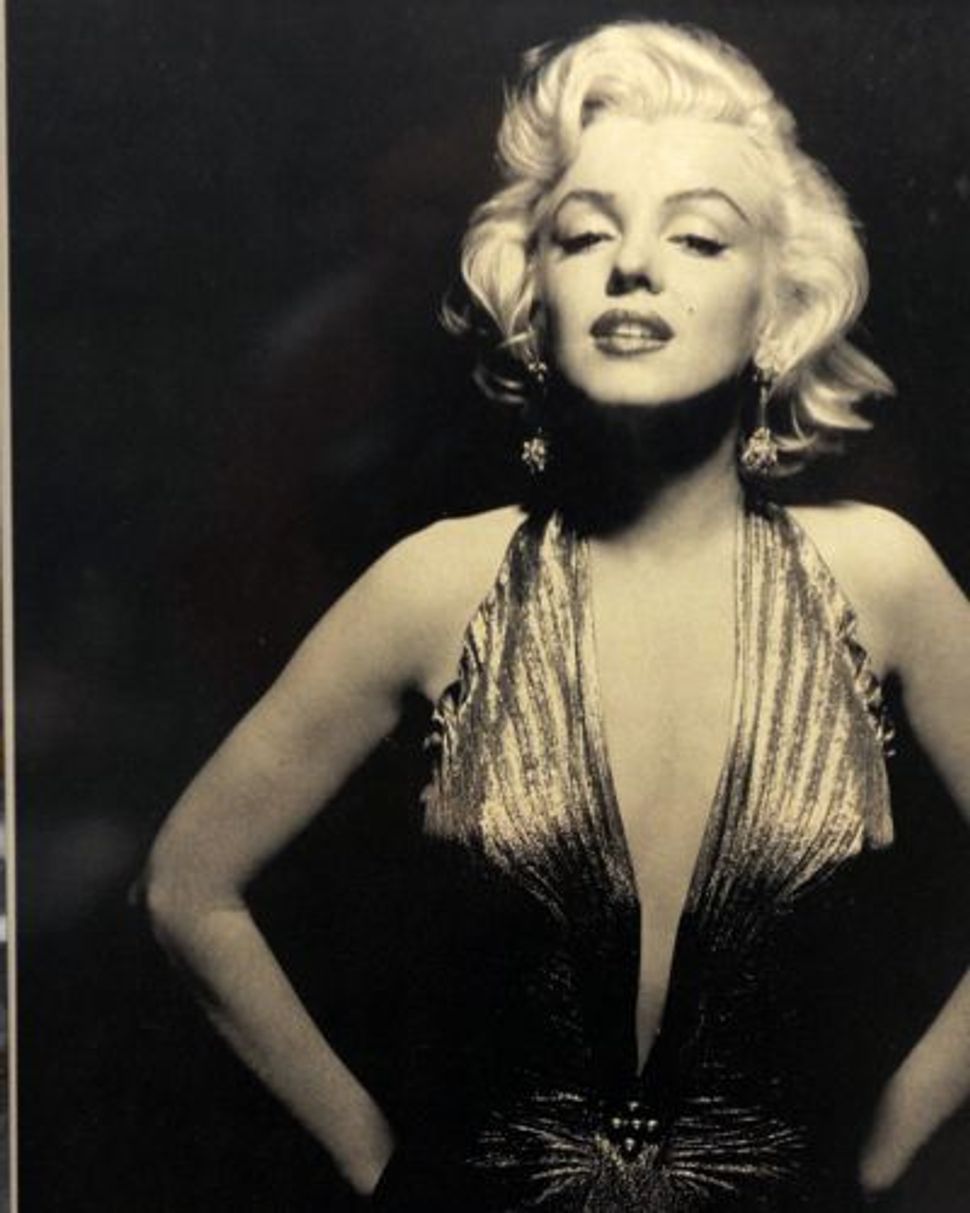 The New York Times recently confirmed what I had been starting to suspect. Marilyn is back.

In “A Marilyn Obsession,” Austin Considine writes about Marilyn Monroe’s new ubiquity, and points to a new movie, book, television shows and clothing lines that all revolve around the actress in time for the 50th anniversary of her death.

Despite the steady current of gorgeous and sultry actresses over the years, not one has yet to dethrone Monroe in popular culture as the sexiest of them all.

Her ditsy blonde persona continues to inspire and charm us, and young actresses still pay homage to her on the red carpet and in photo spreads. And I totally get it. Monroe’s allure is as powerful as it is ineffable, so much so that even I start to view her sad beginning and even sadder end as something otherworldly rather than gritty and tragic. Her fate easily becomes elevated above cause and effect, and she morphs into a saint of her own circumstances. Or, in short, an icon.

But the problem with this iconic lens on Monroe is that it conveniently blurs the very destructive pressure she felt as the preeminent sex symbol. A relative of mine hosted Monroe in Washington D.C. when she came to the city with then-husband Arthur Miller during his House Unamerican Activities Committee hearing.

Monroe spent a few weeks sleeping on a blue velvet couch in their study, and, as described by my relative, was incredibly insecure about nearly everything. She dreaded leaving the house unless physically immaculate, and she once decided to stay home at the last minute when she realized that there was a hairline chip in her nail polish. In intellectual matters, Monroe deferred to Miller on everything. My relative said Monroe spent the majority of her time reading, mostly self-help books.

Of course Monroe’s insecurities, bouts of depression, her drug use, and her likely suicide have been well documented. But what strikes me is how the tragic elements of her life still continue to be relentlessly glamorized, and now stand as an intrinsic part of her allure. Monroe’s suffering has been seamlessly blended into her particular brand of sexy, a brand that we continue to consume without much thought.

I understand the abiding interest in Monroe, but I wonder why that interest is still so heavily defined by her hotness, why her suffering seems to fuel this hotness instead of detract from it, and why the desire to replicate this hotness appears to be growing.

Considering all the gains women have made politically, economically and socially since her heyday, this Monroe revival seems anachronistic. Monroe was the ultimate creation of male fantasy, the archetype of the blond bombshell – all bosom, golden curls and kittenish purrs – a fantasy women have since worked hard to deconstruct and redefine. And while the boundaries of what is considered attractive in Hollywood are still fairly narrow, they have still been expanded enough to include a far more diverse bunch than ever before.

Considine’s piece talks about a Monroe- inspired Dolce & Gabbana line due in spring; an expanded Marilyn Monroe line of Gerard Darel apparel as well as Marilyn footwear, handbags and cosmetics; two television series; and possibly film roles played by a digitally ersatz Monroe. He interviews a Hollywood PR maven who declares that over-saturation is not a worry, and that a brand should “be hyper-present to break through the onslaught of data smog.”

Well, I’d like to ask the PR maven what he thinks about glamorizing and marketing the “Monroe style” that she herself found quite destructive. Am I the only one who, when swiping a Marilyn gloss across my lips or stepping into some Marilyn high heels, would think about the ways in which the use of such objects was ultimately an oppressive act for her? That remaining desirable was not effortless for her, but rather all-consuming to the point of obsession?