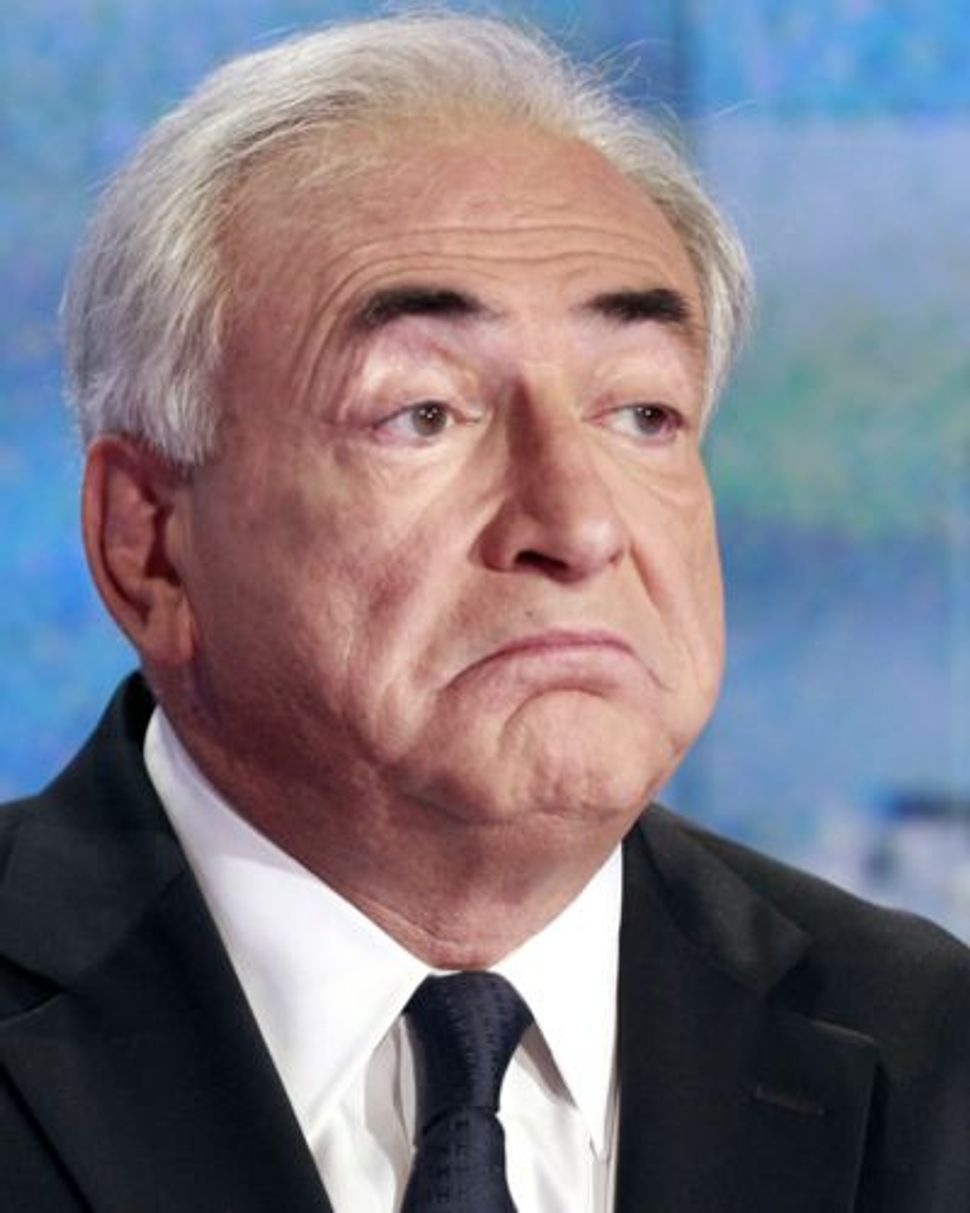 What if Jewish women behaved as badly as their XY chromosomal counterparts?

What if we were to flip the genders of Eliot Spitzer, Bernie Madoff, Anthony Weiner and Dominique Strauss-Kahn so that it was a Jewish woman who paid for sex, who swindled billions, who sent nudie pics via Twitter and who assaulted a hotel worker?

This gender-swapping exercise reveals norms embedded in society. It shows the extent to which we – as the public – may be disgusted or frustrated with the way powerful men behave. But it also lays bare an assumption that powerful men are more prone to act aggressively than powerful women. We know that “boys will be boys.”

But there’s no saying that “girls will be girls.” That void alone says something about the way we, as a culture, think about male behavior.

When Dominique Strauss-Kahn recently appeared on French TV for his first post-scandal interview, he acknowledged his “moral fault” for engaging in a sex act with a hotel employee. It marked yet another example of a man publicly groveling post-misdeed. They’re always so sorry – after the fact.

But there have been scores of lusty and aggressive men before DSK. And scores more will follow.

So what if this coterie of scandal-stricken Jewish men were in fact Jewish women? What type of cultural conversation would ensue?

The fact is that it’s nearly impossible to imagine – because we don’t have a script we can reference. We all know that there has never been a major U.S. scandal with a woman at the center of the events – as the transgressor. (Let alone a Jewish woman.) I am not going to play psychologist here and speculate why the most recent mega scandals have involved Jewish men.

But I will say that a national scandal with a Jewish woman at the helm would disrupt two cultural perceptions.

The first perception is based in Jewish culture.

As the “Eishet Chayil,” the Jewish woman is valorized as the pivotal homemaker and glue of the Jewish people.

For a Jewish woman, therefore, to act in a scandalous manner would upset her construction as a “woman of valor.” Instead, she’d be known as a “woman of failure.” And the pushback against this hypothetical Jewish woman would be particularly harsh, since she would have put her sexual desires – for instance – before the needs of her children. After all, what type of Jewish mother is so lustful that she would knowingly risk the stability of a family she has so “valorously” built?

A scandalized Jewish woman would also disrupt a secular stereotype – that we are high maintenance and more interested in shopping than sex.

So imagine the cultural conversation that would take place if a mature Jewish woman was cast as an object of desire – or as a seductress – on the national stage. Now that would be a new cultural plot twist. But I’m not advocating for such tawdry circumstances.

Sure, Jewish women have played the role of mistress in national sex scandals before. Monica Lewinsky, Chandra Levy and Rachel Uchitel are a few examples. But they’ve never been the ones with power in the lead up to the scandal. Those roles went to Bill Clinton, Gary Condit and Tiger Woods, for instance.

Power and its seedy underbelly is at the heart of scandal. So if Jewish women don’t hold as many positions of power as their male counterparts then they may not be as likely to be caught in scandal. But it’s not as if Jewish women are totally absent from the power table. After all, Jill Abramson is the new editor of the Grey Lady and Irene Rosenfeld is the CEO of Kraft Foods.

Not to mention the two Jewish senators and eight U.S. Representatives who serve our country.

So powerbrokers who are both female and Jewish are out there. They’ve either managed to remain below the radar or they aren’t engaging in scandal-worthy activity.

Only time will reveal the contours of public opinion if – and when – news breaks of the scandalous sort for Jewish women. Either way, Jewish women have a long way to go to catch up to the scandalous activities of the male variety.

But this might be one time where it’s better to lag behind men.