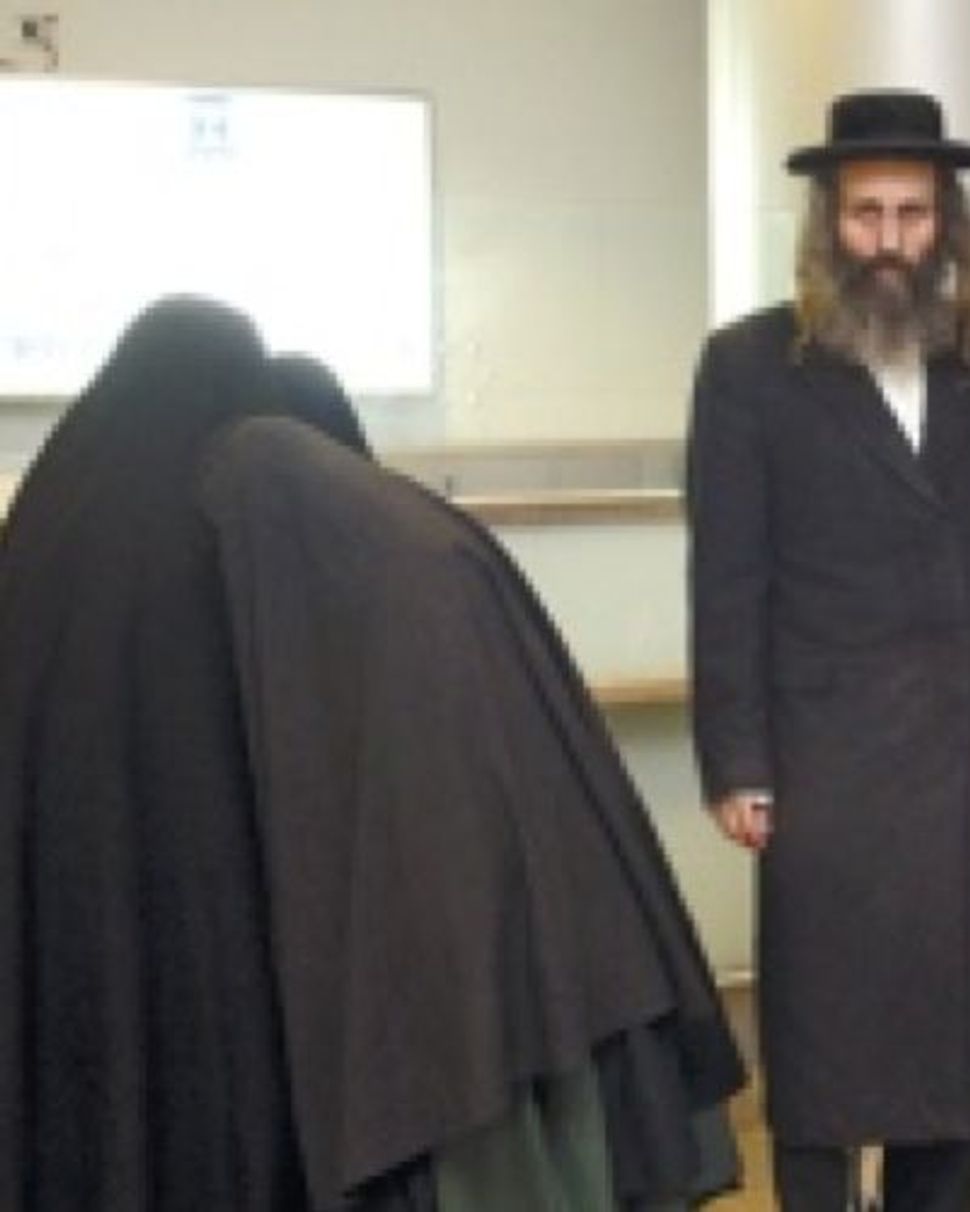 Are the practice of forcing young girls to walk around draped in black sheets, denying them formal education and coercing them into early marriage the markings of a cult? Should such communities that do these things be illegal, and should girls whose parents join such a community be removed from their custody?

Israelis are now waiting to hear a Jerusalem family court’s decision on the matter. The ruling is expected to come next week, when the court must determine the fate of two girls whose parents joined the Israeli branch of a Haredi sect called Lev Tahor (Pure Heart). Israelis have taken to calling the group part of the “Jewish Taliban” trend, because women and girls in the group have adopted the custom of wearing burkalike veils covering their faces, and multiple layers of clothing on their bodies.

The girls in the midst of the firestorm, ages 13 and 15, are the daughters of two secular Israelis who became ultra-Orthodox and joined the sect. Their grandmother and great-uncle, concerned for the girls’ well-being, petitioned the court after the girls’ parents put them on a plane headed to Canada, to an isolated village outside Montreal that comprises 45 families from Lev Tahor.

According to Ha’aretz, the extended family believes that if the girls go to Canada and become full-fledged Lev Tahor members:

They would be stripped of all their property and they would be compelled to wed male members of the cult, which is an accepted practice among all young women in the group.

According to the newspaper, the leader of Lev Tahor, Shlomo Elbarnes “brought his followers to Canada after U.S. authorities expelled him due to charges that he coercively asserted control over a 13-year-old minor” and that “rituals of the Lev Tahor community reportedly involve lashing anyone considered a ‘sinner,’ and sending 14-year-old girls to the wedding canopy.”

These arguments were strong enough for Israeli law enforcement to involve Interpol and get the girls returned to Israel before they joined the group in Canada.

Canadian officials took them into custody and prevented them from joining the Lev Tahor members who had come to the airport to meet them. But authorities will likely be able to compel the girls’ parents to keep them in the country, if the group is essentially declared to be an illegal cult.

If that happens, and steps are taken to remove the girls from their parents, the reverberations could be as widespread as those following the abuse charges and subsequent raid on the fundamentalist Mormon polygamous compound in Texas in 2008, when children were taken into government custody.

It would surely spark a huge public debate over which religious practices constitute “cult” behavior. In Israel, which contains ultra-Orthodox Jewish communities and highly conservative and even polygamous Muslim communities, such a debate will mean opening a tremendous Pandora’s Box.