How Surviving Attempted Rape Changed Me 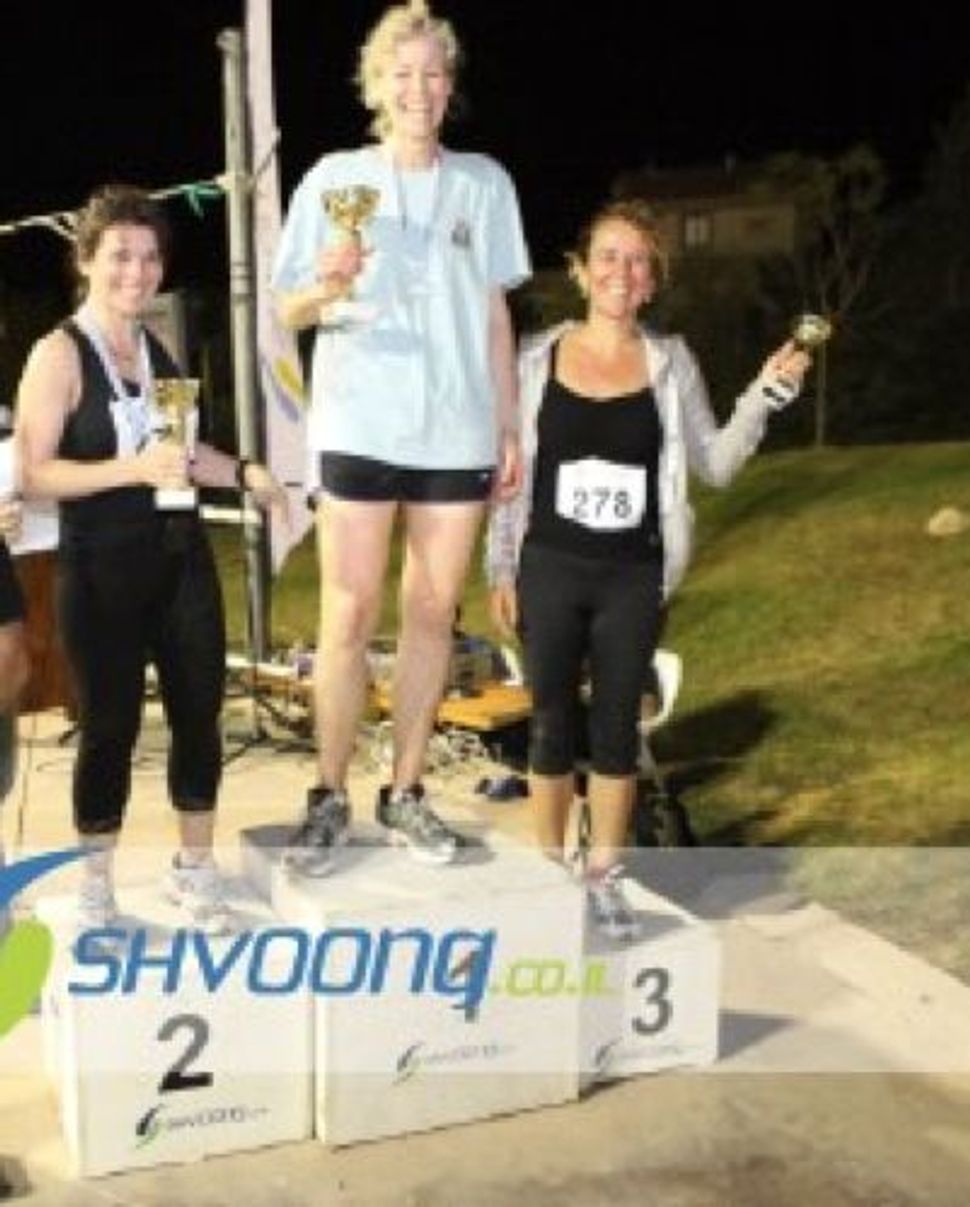 The author after winning 1st Place in a 5K race this summer. Image by Courtesy Faye Bittker

It is fair to say that I became a distance runner during the very long four minutes I was being chased by a man determined to rape me. It was then that my sense of invincibility disappeared. I swore that if I got out of the situation unscathed, I would never again exercise alone in isolated locations.

I am happy to report that I did get away. Realizing that this man was closing the gap between us and would soon be able to push me to the ground, I stopped short and hit him with all my might. Even in his drug-heightened rage, my 24-year old attacker was so shocked that I would slug him in the head that he stopped chasing me and instead put his energy into cursing me as I continued running as fast as I could.

This happened one day last year, when I was about half way through my usual morning trek – a combination of hiking up desert hills while sprinting the distances between them. I was out near my home in Meitar, a small town outside Beersheva. The section closest to my house is part of a forest originally planted in 1963 by the Jewish National Fund to help mark the demarcation line between Israel and what was then Jordan, and is now the Palestinian Authority.

The park, with winding paths and bucolic picnic sites, runs along the Israeli side of the newly-built separation fence (a real, occasionally porous, fence and not the cement security wall that exists in the more populated regions farther north). I usually avoided the herds of sheep of the local Bedouin shepherds, wary of tangling with the dogs that often accompany them. As I came near, a shepherd, who I later learned was a Palestinian working illegally in Israel, came running after me, screaming in Arabic while speaking the international language of obscene hand gestures.

At 6’1” I had over the years managed to convince myself that my size would protect me. I should have known better. The woman who came to be known as The Central Park Jogger after she was attacked and left for dead in 1989 was in my college graduating class. I was once sensible enough to take the self-defense course that ultimately helped me escape this very situation.

But somewhere along the way, my (false) sense of security had made me confident that the rules of nature didn’t apply to me. My sense of boundless freedom was gone. I went from being a fearless adventurer to feeling like a moving target.

This attack wasn’t political. Instead, it was Biblical. Suddenly I was a woman, exposed and vulnerable.

Had my attacker been a Palestinian terrorist, rather than a would-be rapist, there would have been an army of social workers waiting to help me process the experience. But since it was “only” an attempted rape, and “really, nothing happened,” I was given just sent home from the police station on my own.

There were people who tried to tell me that I had to continue exploring the nooks and crannies of the forest, that I shouldn’t let fear keep me from doing what I loved. But I knew those days were gone.

There were tears as I worked out my anger and mourned the loss of my morning meanderings. I had always exercised alone, far from judgmental eyes. It was my way of responding to having been voted the klutziest camper out of a few hundred kids when I was 12.

Now I was at a crossroads: I had to confront my fear of exercising in public or give it up altogether. I started running. At first it was only me and the other early birds out at the crack of dawn, but little by little, step by step, I left my past behind. I entered the world of runners, where times and distances are part of the conversation. They accepted me for who I was, not for who I used to be.

This summer, when I placed first for my age group in a community 5k run, I realized that while I may have lost some of my fearless independence, I gained a much healthier self-image in exchange.

How Surviving Attempted Rape Changed Me