Gilad Shalit Inspires My Daughter To Join the IDF 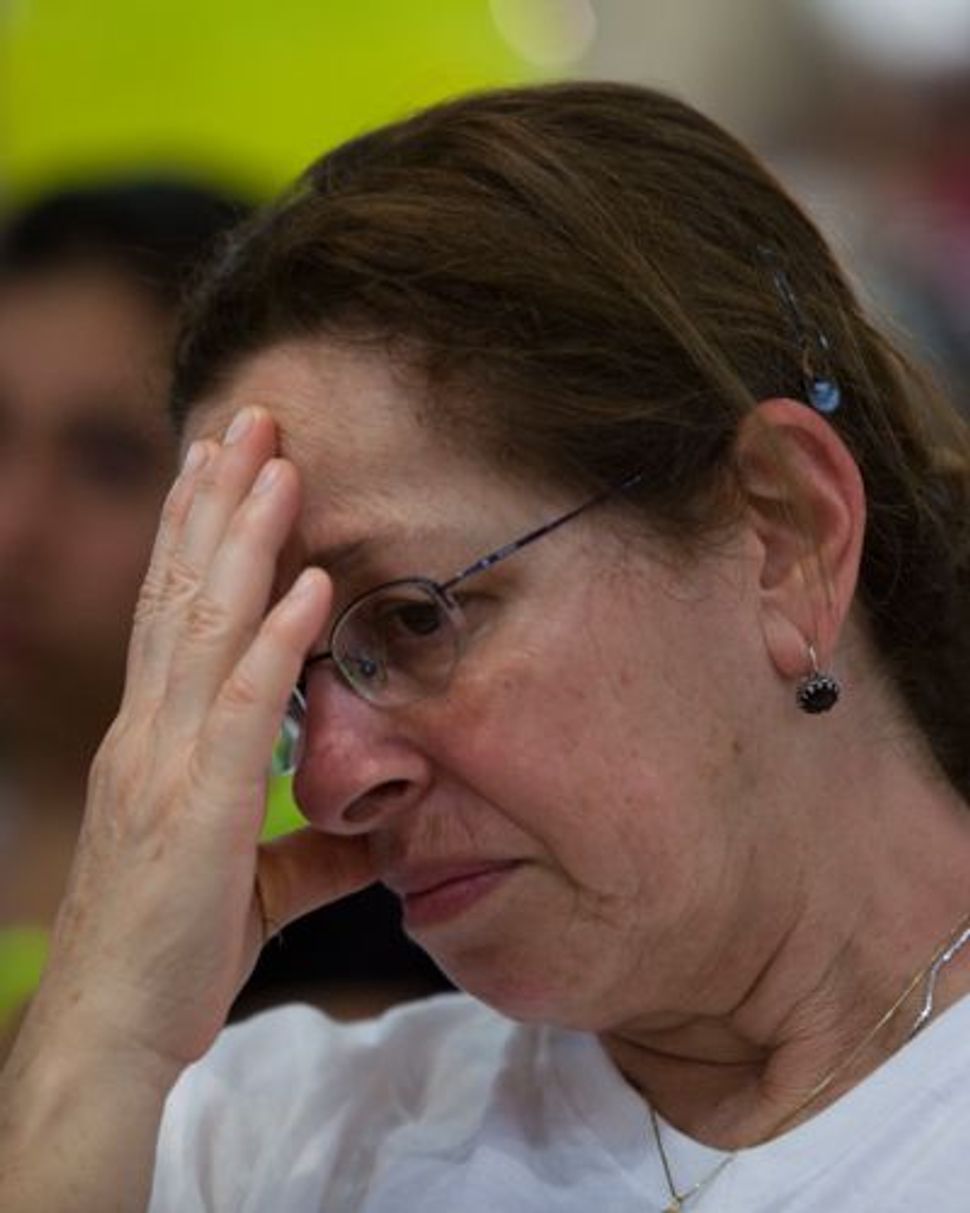 Aviva Shalit at a 2010 demonstration to free her son. Image by Getty Images

My daughter was the first person to tell me that an agreement had been reached for Gilad Shalit’s release. Her voice was joyous in a “shouting-from-the-rooftop” kind of way. Shalit’s captivity has been very much on my teenage daughter’s mind since she saw the halting video of Gilad as a prisoner of war two years ago. After her first viewing, she marched into our bedroom with her laptop and said, “You need to watch this.”

On that video, Gilad was painfully young, painfully sad and painfully thin. He was taken into captivity in June of 2006 when he was just 19 years old — less than two years older than my daughter is today.

“I’ll translate for you,” my girl said quietly.

She told us that Shalit plaintively asked his father, brother and sister, “Do you remember the day you came to visit me at my base in the Golan Heights?” Gilad also said that he scanned newspapers for information to stoke optimism for his release. “I hope to find some kind of information indicating that my release and return home are imminent,” my daughter continued.

I could barely watch the short film without projecting the faces of my children, their cousins, and their friends onto Gilad’s tired face.

At the end of the video Shalit stood up and walked a bit. His gait, as far as I could tell, was good. His voice was strong. My girl closed the laptop and as she breezed out of our room she said, “I’m going to join the Israeli army. I’ve looked into it. There’s a special IDF (Israeli Defense Forces) program for non-Israelis that I can do as a gap year between high school and college.”

When did she look into joining the Israeli Defense Forces?!

And with that, my daughter left two stunned parents in her wake.

My husband was not happy about his girl joining the Israeli army, or any army for that matter. I wasn’t so sure. Hadn’t we nurtured her Zionism by sending her to Jewish day schools and taking her to Israel twice? Our daughter easily translated Gilad Shalit’s words from Hebrew to English. On every college tour we’ve been on this year, she raises her hand and asks if Hebrew is one of the languages offered on campus. She wants to study at the Technion. She wants to be a doctor at Hadassah Hospital

Honestly, what did we expect?

My girl has told me that she is also a dyed-in-the-blue-wool Zionist. She says that her staunch commitment to Israel makes her more politically more conservative than I am. (There are many ways to love Israel, I tell her. I sound weak in the face of her youthful passion). If she joins the Israeli army, I pray that she will understand the crucial difference between fighting the enemy and becoming the enemy.

And I pray that I will be smart enough to remember that my success as a mother is not measured by whether my children share my beliefs or politics. But rather it’s a deeper accomplishment in which my kids are true to their own values.

And for the record, you heard it here first: If my daughter chooses to serve in the Israeli army, I plan to be in Israel early and often.

Gilad Shalit Inspires My Daughter To Join the IDF