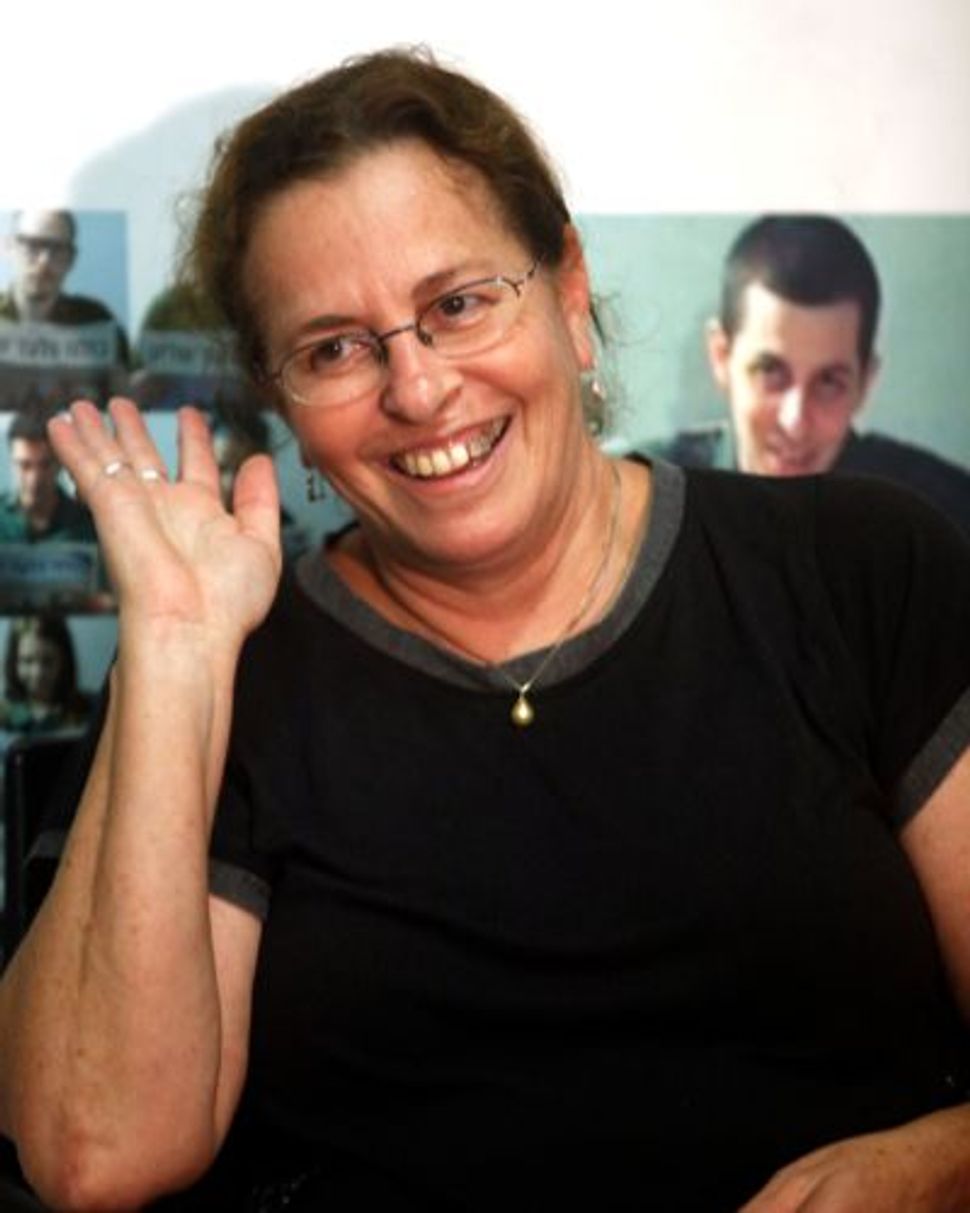 Aviva Shalit the night a deal for her son?s release was announced. Image by Getty

I am surprised, I confess, by the depth of my feeling about the announced deal that will reportedly free Gilad Shalit from Hamas’ captivity.

I have friends who feel conflicted about the price Israel will pay for the deal. More than 1,000 Palestinian convicts, many of them the “hard prisoners” known to be particularly dangerous, will be released from Israeli prisons in exchange. My friends worry that terrorists will now feel empowered to kidnap more Israelis, knowing how high a price the State of Israel is willing to pay to ransom one of its children.

They are right. And yet. The fact of Shalit’s return to the bosom of his family is something to anticipate with the deepest joy.

This young man, who was kidnapped at the age of 19, has been held captive for more than five years at an unknown location in Gaza. So close to his family. But across a distance neither could bridge.

Though I’ve never met Aviva Shalit, I feel a sense of kinship with her nonetheless. The worry over her son’s life and wellbeing she has experienced over the last five years, the pain and fear, are unfathomable. What mother would not relate to it? And now the response for which she has so long yearned has arrived.

Experts are saying that the clear winner in this deal is the terrorist organization Hamas. They are doubtlessly right, and I know that I write this from the comfort and distance of being in a different part of the world from Israel, where there is good reason to fear for the personal safety of more of Israel’s young soldiers.

But for right now, just for this moment, I choose to respond as a mother first. I choose to stay in the joy.