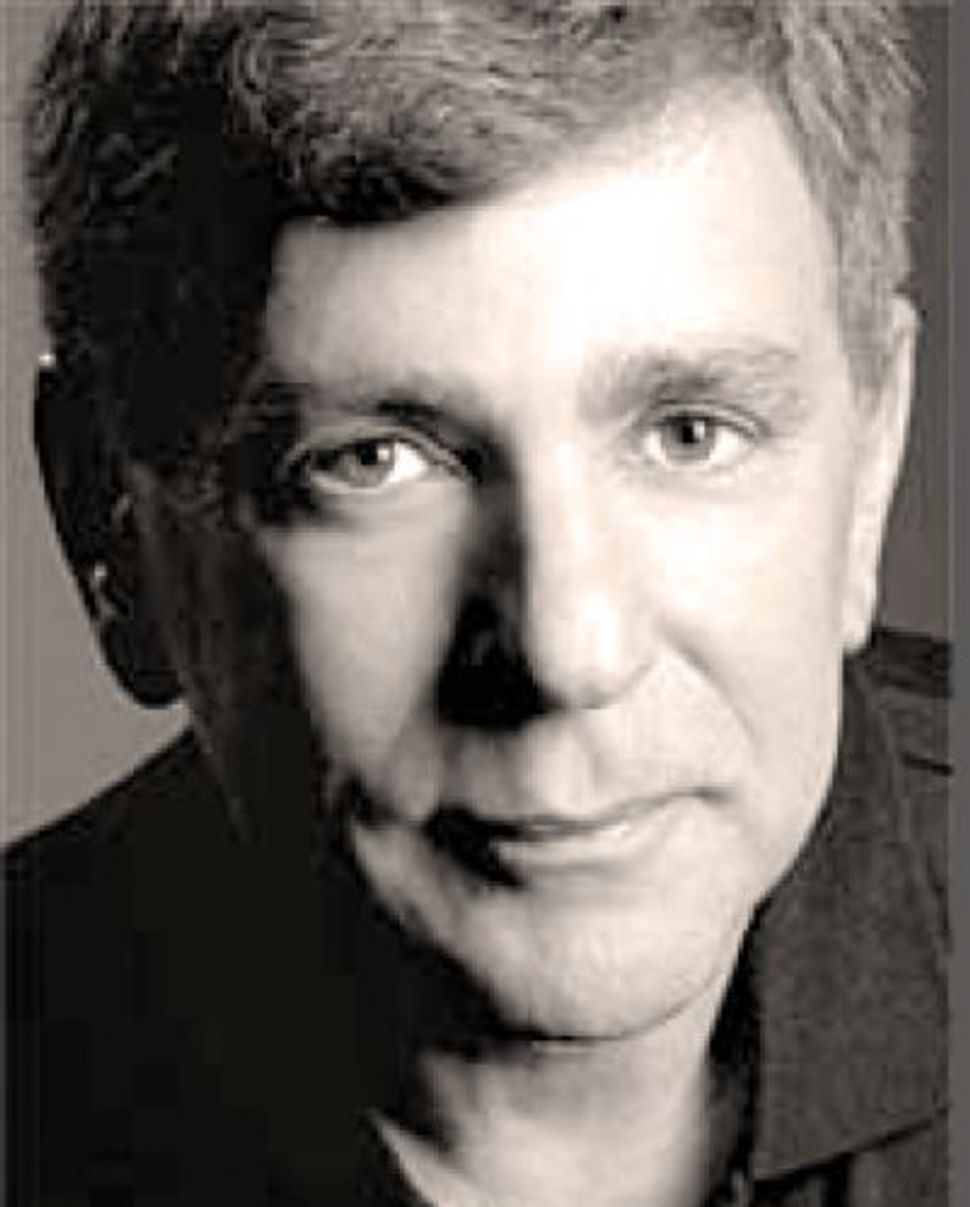 Gross, in a publicity photo from his author website.

It’s always horrible to hear stories of people getting swindled for thousands or millions of dollars. But I always feel an extra wrench in my heart and an extra dose of righteous anger when the swindler is someone involved in a romantic relationship with his victim. It feels like a double dose of larceny – in addition to being robbed of money and trust in human nature, the victims have a broken heart to mend and devastated self-esteem to repair.

Right now, the despicable behavior award goes to an Atlanta writer and disbarred former attorney named Mitchell Gross, 61. He decided to subsidize a luxurious lifestyle using the savings of single Jewish women looking for love on JDate. Federal prosecutors recently put an end to his activities, arresting him at his home on October 6 and charging him with wire fraud and money laundering.

Gross, under the pen names Mitchell Graham and Douglas Alan is the author of legal thrillers and a fantasy trilogy. His “Mitchell Graham” website says:

Mitchell Graham was born in New York City. He attended college at Ohio State University on a fencing scholarship and later went on to earn a law degree. After practicing for twenty years he went back to school to study Neuropsychiatry. He has represented the United States many times in international fencing competitions and along the way has won or placed in the finals of over 83 separate tournaments.

In reality, Mitchell Gross found women on JDate, started relationships with them and then recommended that they put their money in an investment firm that was supposedly a subsidiary of Merrill Lynch and run by his money manager, “Michael Johnson.” The phone number of the manager, however, as well as the bank account, belonged to Gross himself.

One of his victims “invested” $1.4 million, and another woman put $3 million into the fake company, for which Gross supplied fake paperwork and fake tax returns. The story gets even more complicated than this. More can be read in this article in The Atlanta Journal Constitution.

Gross’ alleged victims have already pursued civil cases against him for return of their money. With the criminal charges, there is hope that he will eventually end up with a well-deserved prison sentence.

The whole thing sounds far worse than any nightmare scenario I’ve read on the online Jewish dating blog JDaters Anonymous, my usual source for stories about bad Jewish online dating behavior. This guy must have been incredibly charming as well as manipulative, impressing them with his status as a published author.

Gross told them that the books, which he writes under pseudonyms, and one of which was revealingly titled “Circle of Lies,” were in the process of becoming Hollywood films. He reportedly told one of his victims that Steven Spielberg optioned one of his books for a movie that would star Pierce Brosnan and Kirsten Dunst.

Who wouldn’t want to get involved with such a successful and glamorous guy? I’m sure he was able to weave himself a fascinating life story and that his words of love were clever and flattering.

Certainly there were these kind of criminals before the internet, but JDate and other dating sites make it far too easy for these kind of predators to find easy marks.

Like most people who read a story like Gross’s, my immediate reaction is to feel superior: of course, I would be far too intelligent and savvy to fall for such a scam. But on further consideration, I wonder: who of us hasn’t surrendered a measure of trust to the people we love? And who is to say where to draw the line when it comes to financial affairs? Many of us have joint bank accounts and shared lines of credit with boyfriends, spouses or other loved ones.

Is it crazy to invest money with a guy who your boyfriend recommends? In today’s scary world, it looks like it is indeed a naïve and costly mistake.

If there is justice, Mitchell Gross will have plenty of time in federal prison to consider his crime. I just hope that while behind bars, he isn’t permitted access to the Internet.