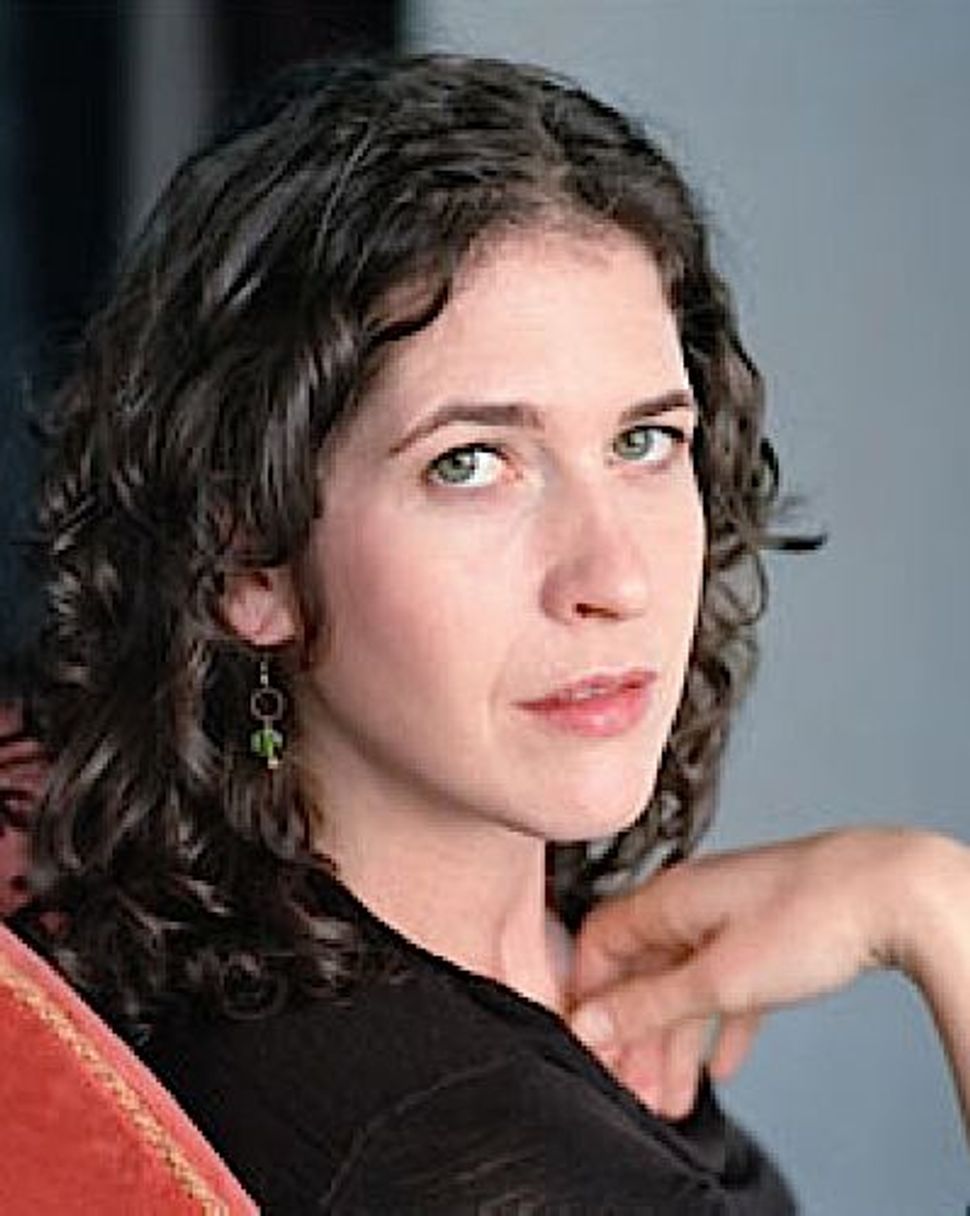 The opening scene of Anna Solomon’s new book “The Little Bride” is one of the most harrowing that I’ve read in a novel.

The reader meets 16-year-old Minna Losk in a dank basement where she is ordered to undress and then inspected like an animal. Orphaned at 11 and sent into indentured servitude to a cousin in Odessa, Minna — who is the ultimate survivor — applies to Rosenfeld’s, an agency sending Jewish brides in Russia to Jewish men who have gone ahead to settle in America. Minna is matched (a generous description of the transaction) with Max, a pious man twice her age and father of two sons who are his new wife’s contemporaries

“The Little Bride” captures a lesser-known chapter of Jewish American history, giving it a dramatic arc replete with a love triangle. Some 8,000 Jewish immigrants settled in the vastness west of the Missouri River at the end of the 19th century.

After enduring vicious anti-Semitism in Eastern Europe, Jewish men — many of them unmarried — came to America to build a new life. Some of these men were members of Am Olam, a movement dedicated to self-sufficiency and living off the land. The goal, similar to that of the chalutzim in Palestine, was to counter the stereotype of the weak shtetl Jew.

But, desperate to escape the crowded tenements and dire poverty of city living, Jewish pioneers were mostly fledgling farmers. Like Max and his sons, who relocated from Cincinnati under the noblesse oblige of a fictitious Jewish robber baron, these Jews severely miscalculated the hardship of life on the Great Plains.

Solomon serendipitously stumbled onto the subject of her novel four years ago when she did what many of us have done in a private moment: she Googled herself. It turns out that she found another Anna Solomon, who had been a Jewish pioneer woman. That Anna and her husband founded the town of Solomonville, Arizona in 1876.

In pursuit of more Jewish pioneer women, Solomon also learned about Rachel Bella Kahn, a Jewish mail order bride who came to Devil’s Lake, North Dakota to wed Abraham Calof. Rachel Calof eventually looked back at her hardscrabble life on the Plains in a journal she began to write at the age of 60. Her entries did not find their way to publication until 1995, when they were collected and published as “Rachel Calof: Jewish Homesteader on the Northern Plains.”

Solomon’s dilemma as a writer was how to fictionalize this odd, fascinating bit of Jewish American history without sacrificing historical truth. She tells Minna’s story bearing in mind what it meant to be a mail-order bride cut off from language and family and living among strangers that included her husband. Solomon presents a desolate, unforgiving landscape that not only shapes the characters but also functions as an actor in the narrative. She shows the claustrophobia and fear of being trapped in a hovel during a South Dakota winter. Hardship is a term as expansive as the western sky until Minna lives through it by rationing flour and coal and plugging up holes in the walls from her dwindling supply of rags.

What intrigues me most about the lives of Jewish pioneer women is that they uniquely defy the unflattering stereotype of the Jewish woman as pampered and entitled. JAP — an offensive acronym for Jewish American Princess — could also stand for Jewish American Pioneer for those women who white-washed mud walls, made Shabbat candles out of mud and rags and butter and gave birth to children in perilous conditions. This story is not our parents’ “Fiddler on the Roof.” My 17 year-old daughter can read about a girl her age crossing the ocean alone in steerage, running a household on hope and willpower and negotiating her body between duty and desire.

In my admittedly anecdotal experience, women of my generation who came of age in the 1980s and ‘90 rebelled against the feminism of our mothers as Third Wave Feminists.

Anna Solomon and her new book give me hope that we’re beyond equating women’s rights with bra burning and are approaching a post-feminist era. Jewish pioneer women are not anomalies, but every bit the Jewish heroines for my daughter and her cohort that we have embraced throughout our history.