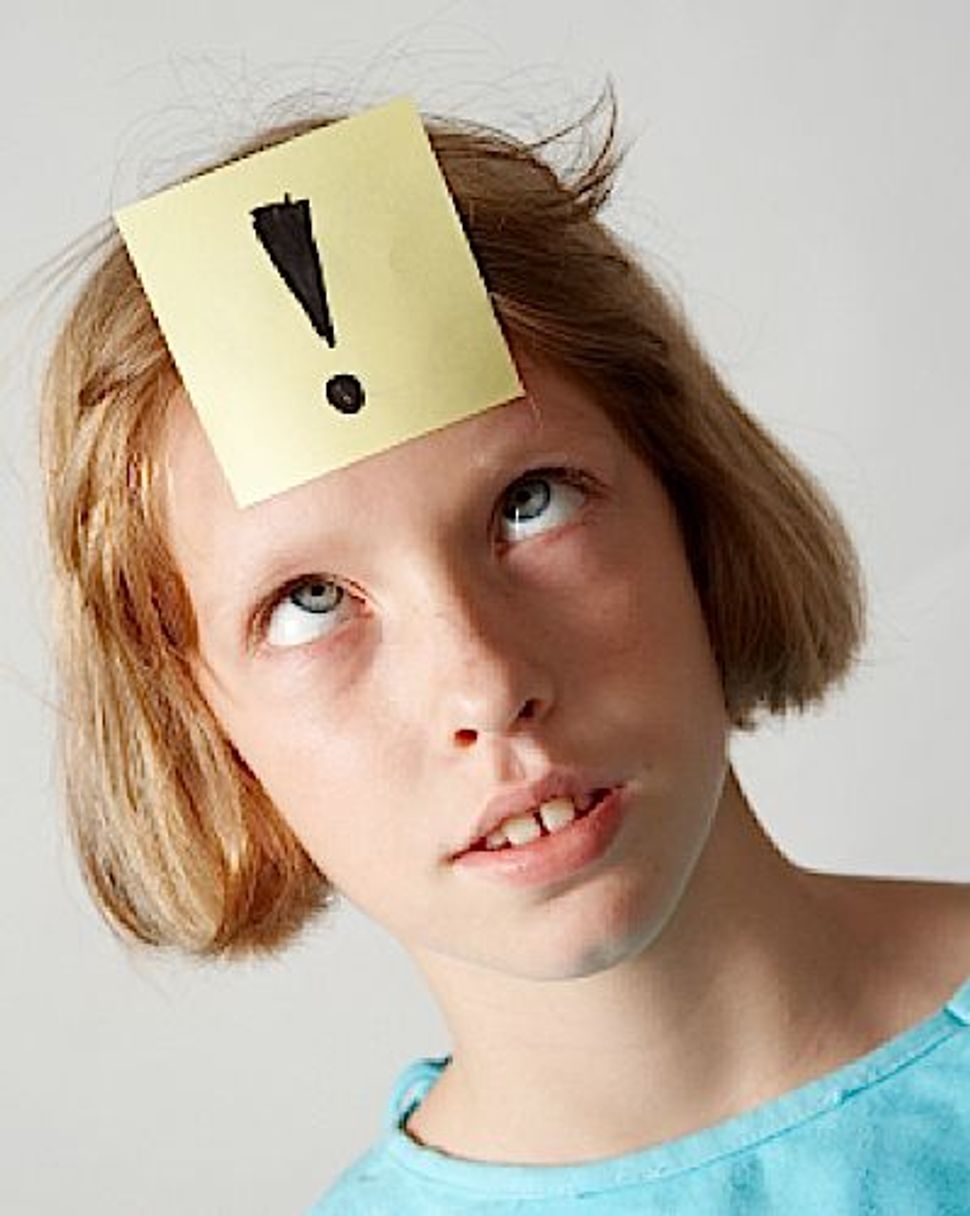 Any parent will tell you that there is no easier way to motivate young children than rewarding them with a sticker for good behavior. The sticker can have anything on it — puppies, kittens, smiley faces, hearts, flowers — as long as it is colorful and cheerful, kids will work to earn it.

The Israeli government’s largest HMO, Clalit, decided to use stickers in clinics for the ultra-Orthodox population to motivate stickers for children undergoing examinations and medical procedures. The design they chose were photographs of real kids on them, accompanied cheery slogans like “Get Well Soon!” “Good boy!” and “Good girl!” as well as one with a blessing for healing the sick. Sounds innocent enough. So what’s the problem?

Reflective the disturbing trend of eliminating female faces from the public sphere in ultra-Orthodox Jerusalem, the stickers only have pictures of boys. Girls are invisible.

The health care organization has been one of the flashpoints in the ongoing controversy over gender separation in Jerusalem’s public space. A 2010 Israel Religious Action Center report found that:

At the Clalit clinic on Dvora Hanevi’a St. in Jerusalem, there are completely separate entrances for women and men, leading to separate waiting areas in different wings of the building. Two entrances lead to the Clalit clinic; one entrance is labeled “Mehadrin Clinic – Men,” while the other is labeled “Mehadrin Clinic – Women.” Both rooms are of equal size, and a poster on the wall in each room presents the rules of the Mehadrin clinic: “Full segregation will be arranged between men and women, including male physicians for men and female physicians for women…

The HMO defends itself by arguing that it is merely providing appropriate service to this sector of the population. If their medical care doesn’t honor their sensitivities, they worry that the haredim will not avail themselves of preventative health care. But because Clalit, like all of the HMOs in Israel is funded with tax dollars, like with segregation on buses and sidewalks, their clinic space officially falls into the public sphere.

The stickers were brought to public attention by a watchdog organization called Hiddush, which is dedicated to religious pluralism. Shahar Ilan, the group’s vice president for research and information told Haaretz that the Clalit HMO “is selling women’s status for more ultra-Orthodox members,” adding “It’s hard to understand what the HMO thinks of the ultra-Orthodox men for whom they are censoring pictures of girls.”