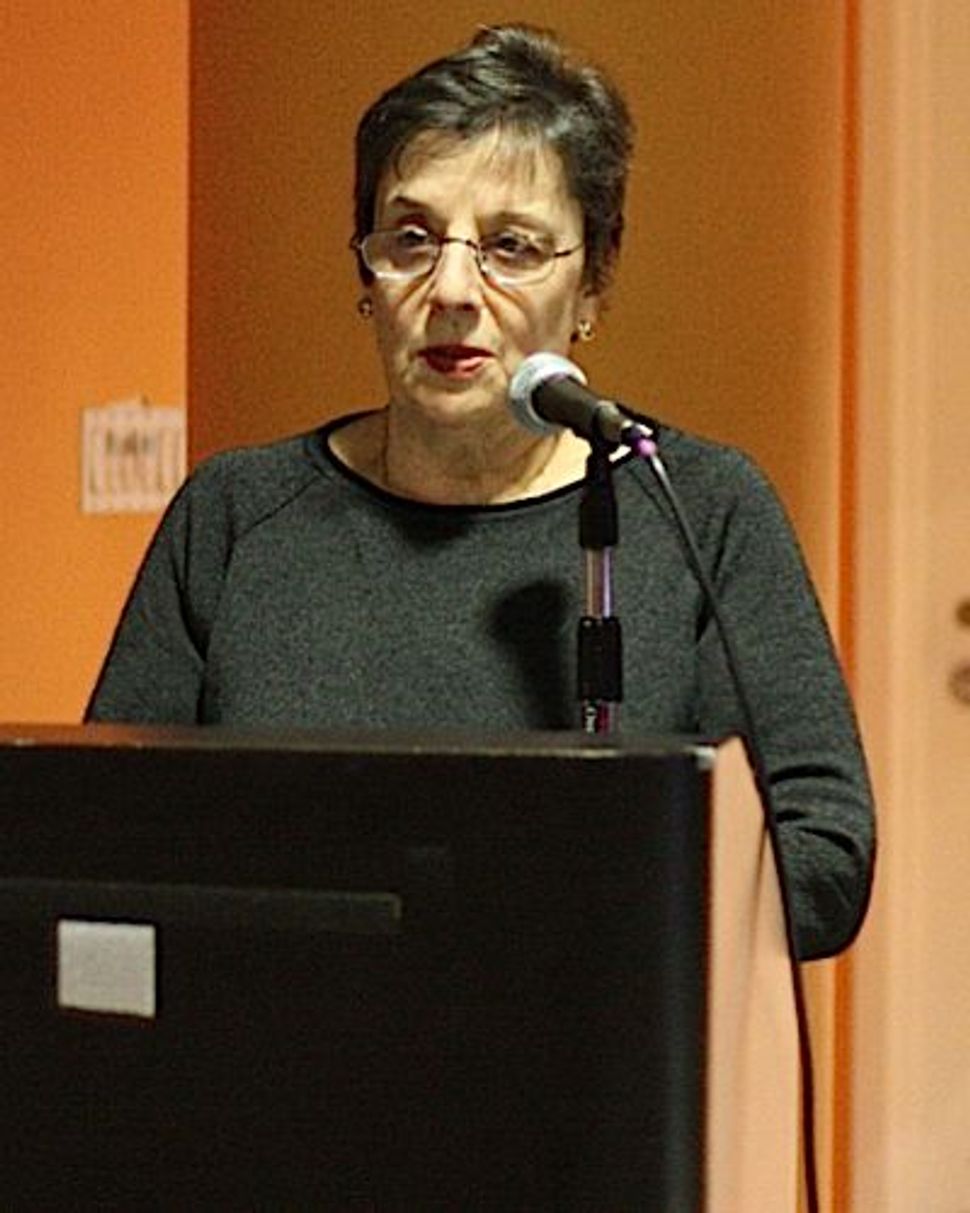 JOFA is honoring Greenberg, along with past president Carol Kaufman Newman and key funder Zelda Stern, at a dinner in New York City on November 20th. The Sisterhood spoke with Greenberg about what has changed for Orthodox Jewish women since JOFA began — and what hasn’t.

Debra Nussbaum Cohen: Of issues on JOFA’s agenda, where has there been the most change, and the least?

Blu Greenberg We gave a lot of attention to the problem of the agunah and there has been very little change. There’s been much greater sensitivity to the issue, but no real rabbinic attention to resolve it.

Women’s learning is now widely accepted. Women studying Gemara (Talmud) was not very common in 1997, it was an elite community and now is much broader. Girls who go to Israel for a year after high school now study Gemara. Where there was learning there was no thought that it might be a life’s work, as it has become now for a number of women. There have been great strides in that area.

What’s your take on the increasing gender segregation taking place in Haredi circles?

It’s a combination of forces, of modernity not having all the answers or the solutions to what ails society, and maybe too much openness and relaxation of rules. So the reaction has been to become more closed-in. There is turning away from secular education. But women are probably the major area that we see the reaction.

When Rav Eliyashiv said women cannot work, they didn’t stop working. When Haredim said they want separate buses, women said they did too. I say thank God I’m not part of that community because it would be oppressive to me, as an Orthodox Jew who likes to feel like a free person, not a second-class citizen. On the other hand, the women seem to want this. I can say it’s oppressive but I have to allow for their freedom of choice. Then do other people say about me that I just accept these things in my community and why do I stay? Where do you draw the line? I don’t know.

What are the top challenges now facing Orthodox women and what change do you anticipate in the next decade or two?

The top issue is still to resolve the agunah issue with systemic Halachic change. Everybody’s been wringing hands for 40 years or more but we still have agunot cropping up on a regular basis. Shifting the focus from a man’s absolute right [to give or withhold a get], to stop worrying about things like if a get is coerced, that will have to come under examination. We have to resolve it once and for all. Rabbis have to come out and say it’s a law that breeds injustice and must be reinterpreted.

The ordination of women, women’s religious leadership, is a big issue. There are many more young women coming through the ranks now who have a model before them of women in those roles, and it will grow bigger. We now see Orthodox women Talmud teachers and functioning in roles as educators and assistant rabbis, taking on communal leadership roles without the title. Others will look for that. We are going to see Orthodox women rabbis. It will be a divisive force in the community but it’s gaining steam because the model of women in teaching and religious leadership roles is a very powerful one. There is less of a stigma. There are enough learned women saying this is the natural path for them.

Orthodox feminism is at a crossroads. Is it going to be focused on distinctive but equal roles, or increasingly identical roles? That’s an important conversation the community has to undertake.

What has been your greatest disappointment in the years since JOFA was established?

I feel like a broken record here but I am disappointed about all the time and energy that has spent on the agunah issue and still there is so much injustice.

It’s a disappointment to me that feminism and gender equality is still not appreciated sufficiently in the Orthodox community. That goes for women in the community who find the term feminism frightening. Even though in their general lives they have different expectations, when it comes to Orthodoxy they are willing to sit back very quietly. I’m not quarreling so much with sitting behind a mechitzah as sitting behind a mechitzah where you can’t see or hear anything and feel part of the liturgical community. On religious expression and liberty there hasn’t been as much progress as there should have been. To a large extent the mainstream Orthodox community is not really looking for that.

I do find that language is more sensitive. Yesterday I was at a shiur [class] and the rabbi teaching it kept saying “he or she,” and there is no way that the commentaries say “he or she.” There is sensitivity about who is part of a community and listening. I like to think that he would have said it even if women weren’t there, but there were and that also is significant.

What has been your greatest satisfaction?

My greatest satisfaction is seeing women in these new spiritual roles, and seeing the amazing learning. That has been just breathtaking. Seeing women rise to leadership roles and the women partnership minyanim. Women taking on rituals in home life that they didn’t before. Those are great. There has been a great deal.

Even bat mitzvah, or baby naming, other marking of lifecycle events in the context of community and covenant. These are a departure from 15 or 20 years ago and are wonderful lines of opening tradition to women.

What’s next for JOFA?

We are actually in the process of deciding. Judy Heicklen is the new president and is a very successful businesswoman. She understands power and politics and negotiations in a way that will greatly help JOFA in its new phase of implementing goals formulated in the founding stage. The board is examining its priorities — narrowing what we want to focus on and what we can realistically accomplish in the next five years. There is no unanimity yet.

It will be interesting to see what priorities we end up with, and even more interesting to be not only a player but also to watch from the sides with benefit of a perspective built up over several decades of personal involvement in this enterprise.