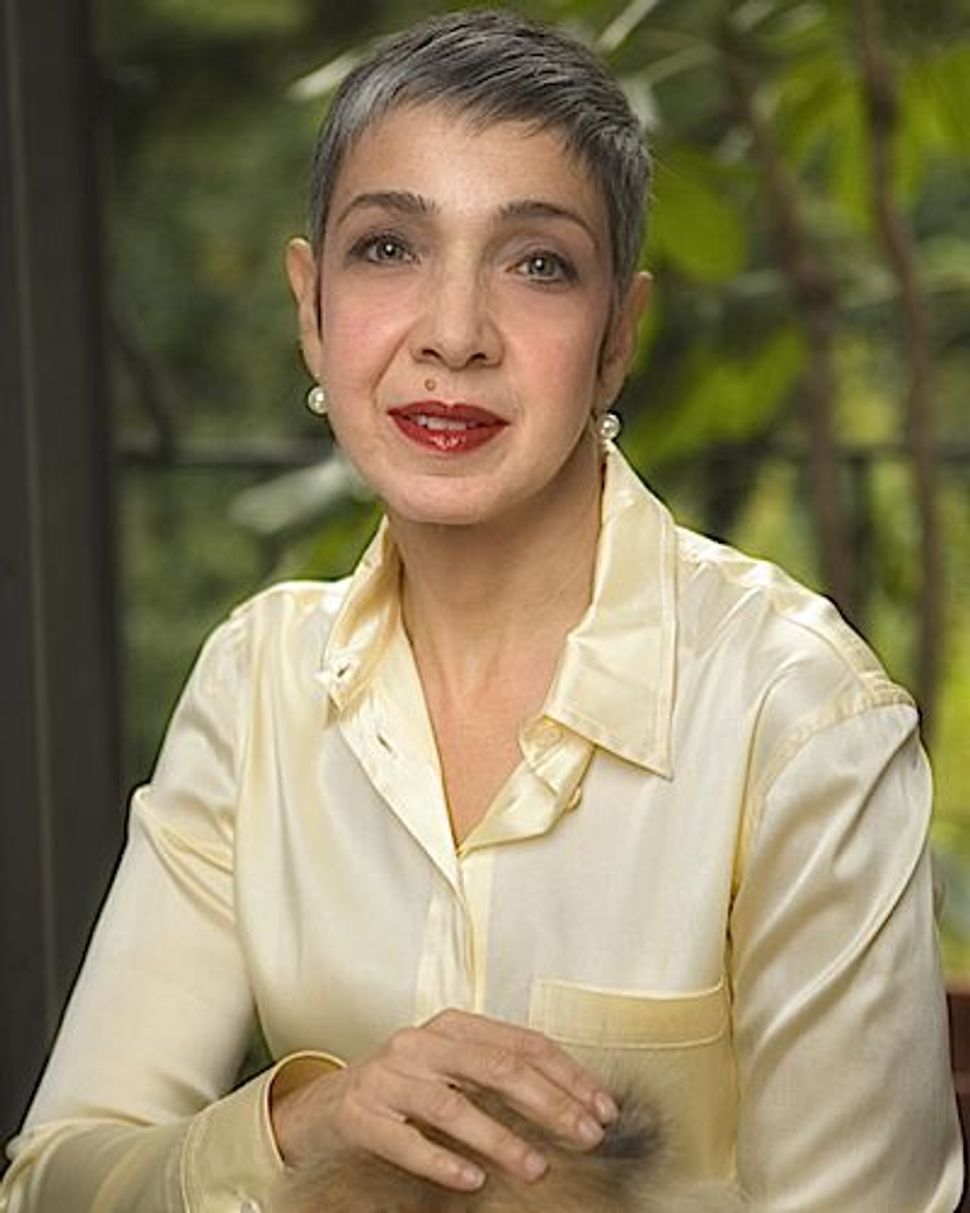 Yona Zeldis McDonough is a Brooklyn-based award-winning children’s author who also has a successful career as a fiction writer for adults. Many know her by the picture books she has created together with her mother, the celebrated self-taught artist Malcah Zeldis. This month, her newest children’s chapter book, “The Cats In The Doll Shop” has been published. It is a sequel to “The Doll Shop Downstairs,” the fictional story of a Russian Jewish immigrant family with three young daughters living above their doll shop on the Lower East Side of Manhattan during WWI.

Zeldis McDonough spoke with The Sisterhood about writing for different audiences, her identity as a Jewish writer, and the new book and how it goes against the grain of current popular children’s literature.

Renee Ghert-Zand: Not many authors write for adults and children. How did you end up writing successfully for both audiences?

Yona Zeldis McDonough:I never set out to do both. I started writing for adults. It was my mother who decided that I should write for children…She had this idea that we would work on books together…We actually did several books together, which I very much enjoyed. But they were all non-fiction, biographies. Since I am a fiction writer for adults, it occurred to me that I could be writing fiction for children and I might really like that…I see no conflict at all in this. They come from different places in the brain and the heart…I feel particularly when I write for children that I am writing for the 9-year-old in me who is still very present in my consciousness. I am always in conversation with that girl, and I want to write books that I would have liked at that age.

You are neither religiously observant nor do you participate much in the organized Jewish community, yet so much of your writing comes from a very Jewish place. How do you explain that?

Certainly in my adult fiction books, the protagonists are always Jewish women and probably always will be. And many of the books I’ve written for children have had Jewish characters, settings, issues and historical events. I am most a Jew in my writing. I don’t know why that is so. I was never observant as a child growing up. I am not observant as an adult. I married a man who isn’t Jewish and my children have a very fluid sense of their background and identity, but somehow when I come to writing, I am drawn back to those people, situations, characters. It just seems to be what comes out.

What was the genesis of the “Doll Shop” books?

I am a doll lover and collector. I loved dolls as a child. I didn’t actually collect them, but I played with them very intensely. There were probably never enough dolls in my childhood, so now that I am an adult I collect them to remedy that…Along with my doll collecting, I have also done some writing for doll magazines. I did some research on Madame Alexander dolls.

I coveted these dolls wildly as a child, and I never had one. I was fascinated to learn that Madame Alexander’s father, a Russian Jewish immigrant, operated the first doll hospital in America. Dolls were all made of china and bisque. He would repair all different objects from these materials, including dolls. In the early 20th century, he had a store on the Lower East Side where he would do this work. The family lived above and the girls were allowed to play in the doll shop — and I thought this has to be a book! Atypically for me, the genesis for this book was not a character, but a setting, a milieu.

That book did quite well and I was asked if I would write a sequel. My first piece of fiction for children was a 15-page story about a cat I had observed in my own life. It did not suit the market place at all. It was too long for a picture book and too short for a chapter book. I showed it to my editor at Viking and she said, “This is your sequel — you can fold in this cat story and add it to this family of little girls you already have and create a story for us.” As soon as she said it, it felt so right.

What do you think about your writing classic children’s historical fiction at a time when the trend seems to be toward the mystery and fantasy adventure genres?

Even as a child, I liked books that were set in the past. I was already gravitating toward that kind of thing, and that is what I instinctively wanted to write. I learned it wasn’t as marketable as some other things, but what can I do?

I’ve been fortunate in being able to publish these books and to even have had some success with them. I don’t worry about it a whole lot. I don’t have anything against fantasy and monsters and werewolves and the paranormal things — I just can’t seem to write them. For those who love them and can write them and want to read them, I think that’s all good, but I just can’t do it. Flannery O’Connor, a much greater writer than I can ever even aspire to be said, “You write what you can. You write what God gave you.” And God didn’t give me werewolves — so what can I say?

Is there something you want to teach children — particularly girls — by writing these books?

It’s purely personal. I do not intend to be didactic, and I hope I am not. I think being didactic is the death of literature. If someone can find something in it redeeming, that’s lovely, but I do not intend to teach or preach or instruct. I am really writing from my heart, from my 9-year-old heart that was already pulled back into the past.

I do think it historical fiction gives you a broader sense of yourself as a human being in time. We feel like we are locked into the place we are. But it is worthwhile trying to peek, even imperfectly, over the vista of time and think of what is was like to have lived in a different time and place. I think it’s expansive and enriching as a person develops. Some things really do stay the same, like the ways people feel about things.

The way they go about their lives might differ because of different technologies, circumstances and mindsets, but the way they feel is pretty universal.