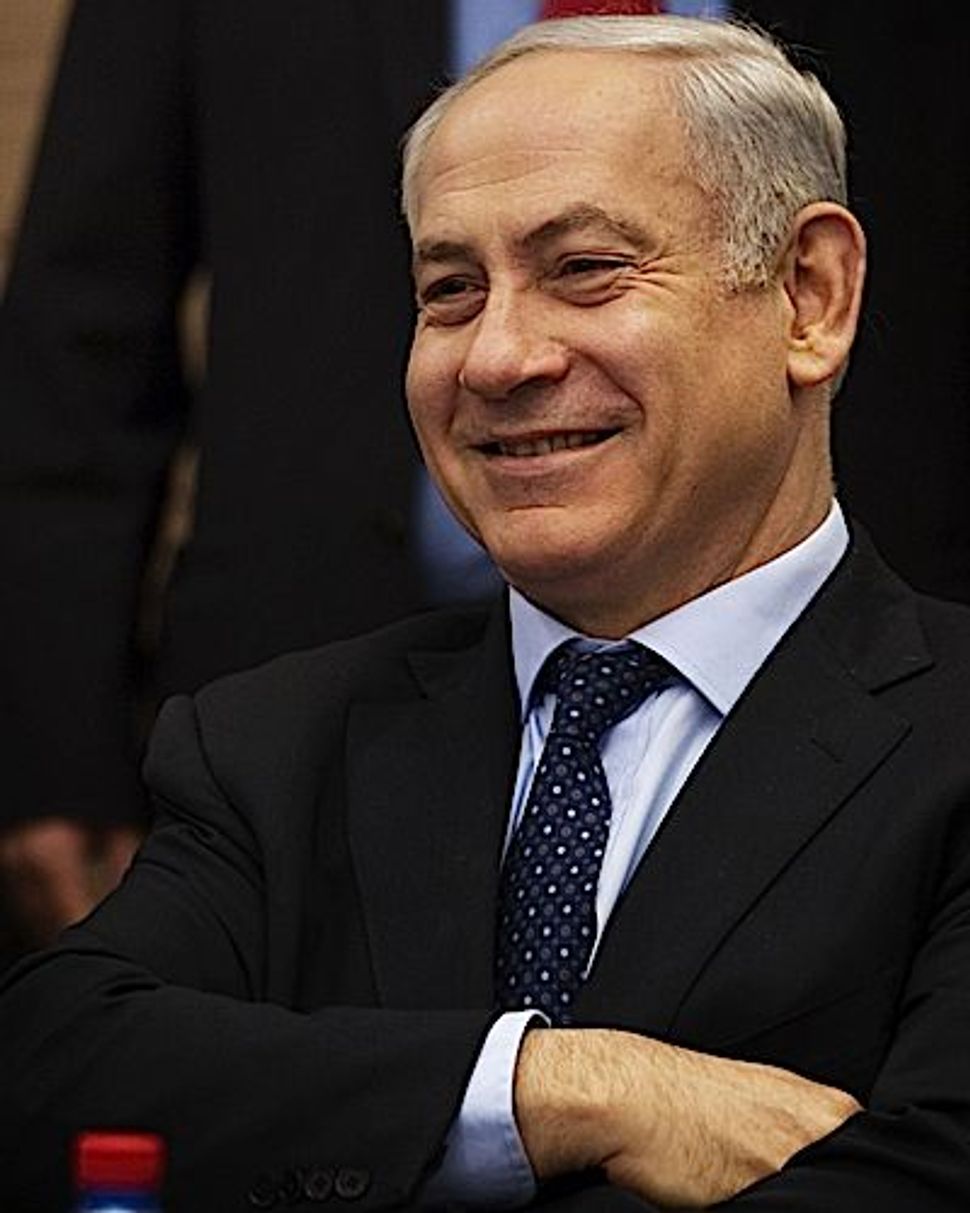 The State of Israel was established on the basis of equality between the sexes. I oppose discrimination of any kind against women. We are a single island in a much larger area, a single island in which the status of women is ensured by law. But this is insufficient. We still have much to do in order to ensure gender equality and I say that the first thing is to provide for strong enforcement by the legal establishment of the laws designed to ensure that same gender equality.

Can you guess who uttered these words?

The answer: none other than Prime Minister Binyamin Netanyahu, speaking at Sunday’s cabinet meeting, as part of a discussion marking the International Day for the Elimination of Violence Against Women. His statement was part of the official record of the meeting. A newspaper report has him further declaring that the exclusion of women and their images from public space and women singing in public ceremonies are issues that the secular public “won’t back down from.”

The fact that Netanyahu made such a statement — and that the gender equality issue has reached the cabinet level right now, is an important development. Until now, most of the discussion and controversy in Israel regarding gender segregation and exclusion of women from public has happened in the media, at the municipal level in cities like Jerusalem and Beit Shemesh, and during grassroots protest events. The fact that the issue was raised and discussed at the highest government levels represents a breakthrough. Attention is being paid.

Netanyahu’s remarks put his stamp of approval of the more forceful words and actions of Culture and Sport Minister Limor Livnat,who heads the ministerial committee on the status of women. At the cabinet meeting, Livnat acknowledged a “worrisome deterioration” in the status of women in Israel, and announced plans to convene a special session to discuss the enforcement of anti-discrimination laws in the context of recent developments such as women being seated in the back of buses and trains in some areas, excluded from certain sidewalks and streets in Haredi neighborhoods and prohibited from singing in public.

Livnat told the cabinet that:

The exclusion of women is a type of violence against women …where women are excluded, physical and verbal violence against women grows, as does the legitimization to attack, embarrass and humiliate. Not everyone at the cabinet meeting appreciated her remarks. Orthodox cabinet ministers protested that the exclusion and segregation issues had nothing to do with violence. As they see it, the controversy over requiring soldiers to hear women singing in army ceremonies, is a legitimate question of permitting religious soldiers to adhere to Jewish law.

A heated argument reportedly ensued, according to Ha’aretz during which Shas Minister Meshulam Nahari said that “We must respect the religious public who finds women’s singing offensive.”

Netanyahu and Livnat’s decision to directly address the issue and confront their ultra-Orthodox coalition partners comes after they have been criticized for enabling discrimination against women.

Opposition leader Tsipi Livni from the Kadima Party has, in the past, accused the Likud-led government of turning a blind eye and representing herself as the champion of gender equality. Livni showed up at the recent women’s singing protest earlier this month, and this week spoke out on the gender issue at the “Women Talking Women” economic conference in Tel Aviv. Livni told the audience there that:

This isn’t just a matter for women, this isn’t a battle for women’s rights, but a battle between the rule of law and the radicalization being imposed on society…this is a battle for values people are trying to replace with extreme rabbis’ rulings. What we are seeing here is a collision putting the entire society in danger.

Prohibiting women to sing is not about singing. It questions whether women and men can serve together in the IDF in general…The processes taking place these days are unacceptable. It took years and many struggles to allow women to serve in combat units, and today there is an attempt to exclude them — and that’s serious. At the same conference, the struggle on the gender issue got a public endorsement from another significant source. Rabbanit Adina Bar Shalom, an important educator of women in the Haredi sector and the daughter of the revered Rabbi Ovadia Yosef, the spiritual leader of the Shas Party (whose minister was the one who clashed with Limor Livnat at the cabinet meeting) referred directly to as “the exclusion of women from the public domain” and stated the Jewish law treats women with “respect.”

Bar Shalom said that ‘the haredi woman shuts herself off from the outside society, thinking that feminism will hurt her family,’ but added that she believes Jewish Law is in favor of gender equality. Will all this newly-won support influence developments on the ground?

Will it make the Jerusalem municipality think twice before it sanctions separate sidewalks for women in Mea Shearim during festivals, or make organizations hesitate before they erase women’s faces from billboards?

I certainly hope so. But we’ll have to wait and see.