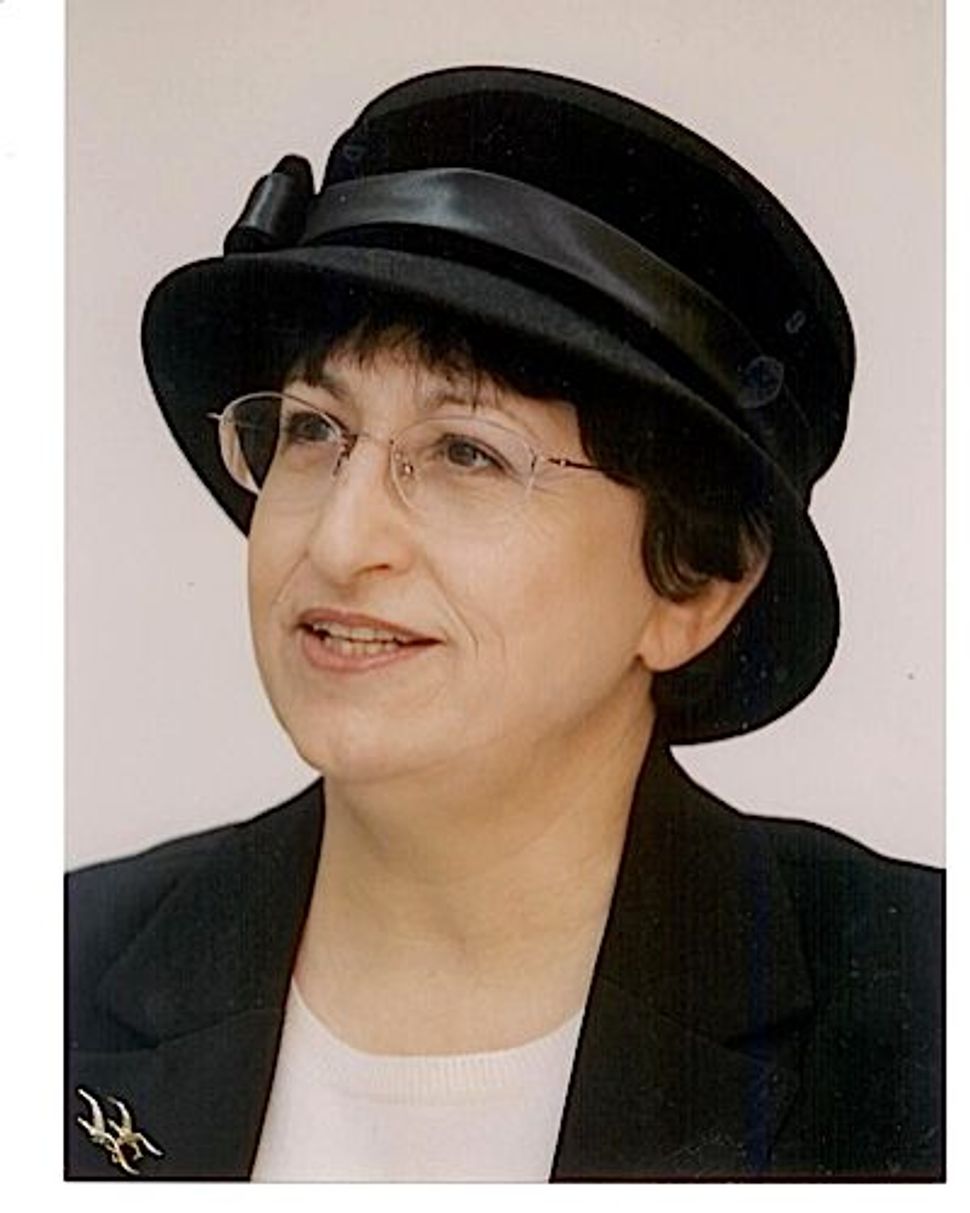 Adina Bar Shalom is often introduced as a rabbi’s daughter or a rabbi’s wife, but it’s really her own mind that makes her so extraordinary. A pioneering leader within Israel’s tight-knit Haredi community, the 66-year-old Bar Shalom has been making headlines by espousing courageous views about religion and state in Israel. She is emerging as a woman to be reckoned with, one who is not afraid to speak her mind and who promotes a powerful vision with a determined will in the face of some difficult realities in Israel.

Bar Shalom’s most recent news story involves the growing gender segregation in Israel’s public spaces. At an economic conference this week, titled “Women Talking Women,” she criticized the gender segregation of buses as an attempt to “exclude women from the public domain,” and said that it “violates Torah.” Bar Shalom, who is the eldest daughter of Ovadia Yosef, former Sephardic chief rabbi, said that she understand Halacha as a system that “treats women with the utmost respect.”

Significantly, Bar Shalom, who founded the Jerusalem Haredi College, the first college for ultra-Orthodox women and later men, also made some very pro-feminist statements, arguing that although Haredi women tend to be “afraid of feminism,” she thinks that Halacha actually favors gender equity.

Two weeks ago, Israeli President Shimon Peres acknowledged Bar Shalom’s vision when he visited her college. He lavished praise on her efforts to enable Haredi women to work in the mainstream work force. According to a report in the Yeshiva World News, Peres added that Israeli businesses should accommodate the Haredi lifestyle in order to permit them to enter the nation’s work force, including adjusting “modesty standards” to enable Haredi women to work without “compromise.”

Meanwhile, earlier this year, Bar Shalom made headlines in a different realm when she was part of a delegation of Israelis meeting with Palestinian Authority President Mahmoud Abbas at the West Bank headquarters of the P.A., in Ramallah. The purpose of the delegation was to advance the peace process by launching an organization called Yisrael Yozemet (Israel Initiates), which calls on Israel to conduct negotiations based on the 2002 Arab League peace proposal. The proposal offered the possibility of full diplomatic ties in exchange for Israel’s withdrawal to the pre-1967 border.

“One can always have second thoughts,” Bar Shalom said. “We figured it was best to go and listen than to give up.”

Actually, she apparently does not consult her father about her politics or public pronouncements. And even when he disagrees with her — after all, he has said publicly that he hopes Abbas and “all those evils will be gone from this world” — she says he gives her his blessing.

The JTA story also reported that Bar Shalom was always worldly, and it said that she “read everything: “Jane Eyre,” “Gone With the Wind” and the works of Ayn Rand, but was forbidden from learning formal academic studies and instead studied sewing and got married at 18. She wanted to study psychology, but her husband forbade it. Her father, however, convinced him to let her study fashion at the Shenkar College of Engineering and Design. Bar Shalom eventually decided to create “a way for Haredi women to integrate into the workplace without compromising on their lifestyle,” she said. In 2001 she opened her own college, with 23 female students. Today it offers programs in economics, social work, political science and psychology.

The college now has more than 1,000 students, for both men and women, who study in separate classes. Last year it awarded academic degrees to 56 women. According to The Jerusalem Post, the average female student will have two babies during her four years of study. There are nurseries alongside the classrooms, for students’ babies.

In recognition of her efforts, Bar Shalom was recently awarded the Ashoka Fellowship for social innovation.

Clearly the college has been transformative not only for the students, but also for Bar Shalom herself.

Her increasing willingness to express nonconforming opinions on issues relating to gender, religion and politics makes her a striking role model for Haredi women and for the rest of us, as well. She is intelligent, incisive, insightful, independent-minded and unpredictable.

And personally, I’m looking forward to what she has planned next.