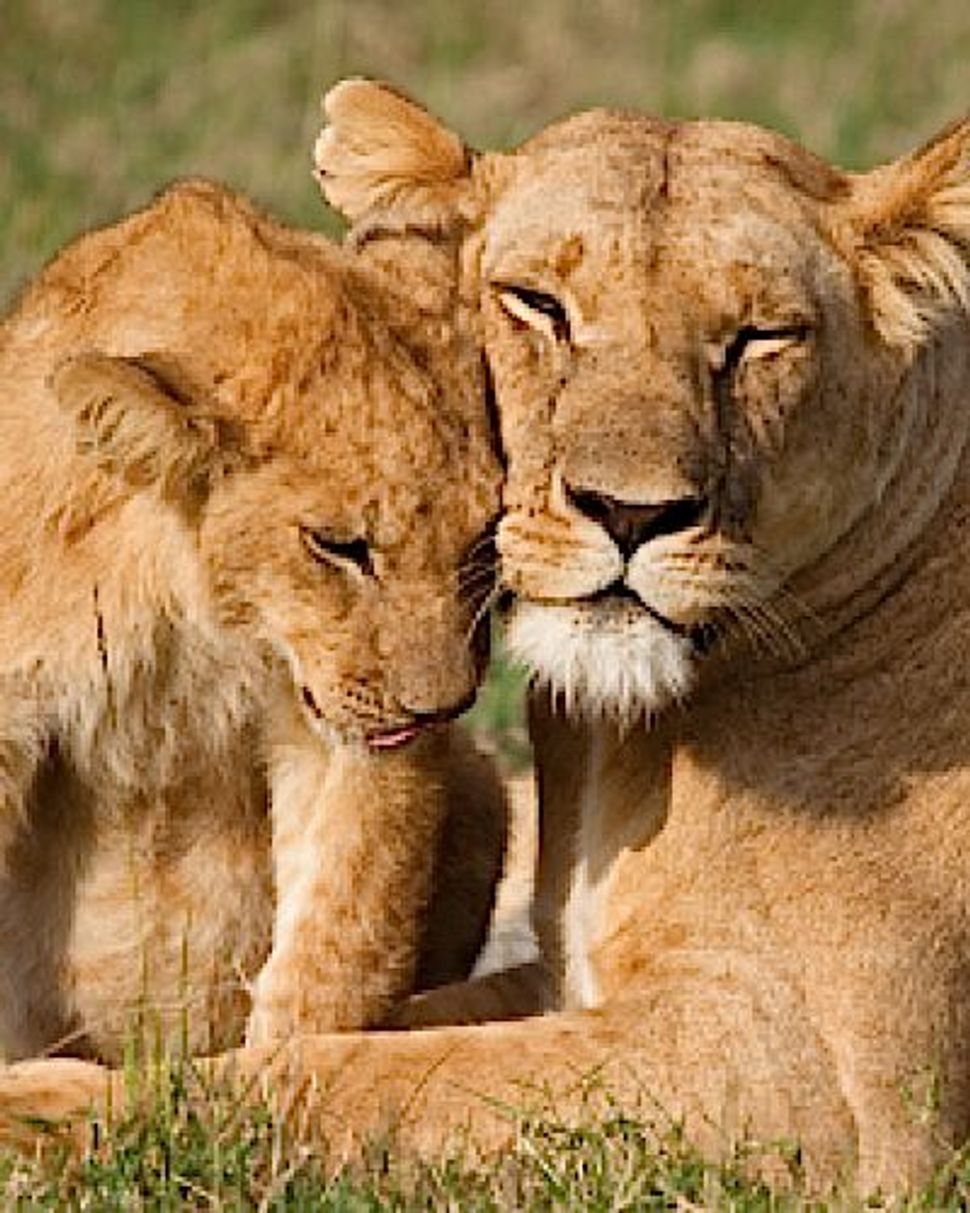 So can we be done now with the “animal” parents thing? There is no way you can pretend like you don’t know what I am talking about, what with the Oxford English Dictionary having just voted “tiger mother” a runner up for word of the year (the winner was “squeezed middle” aka the 99%).

For much of the year, we have had to endure the nonstop and still ongoing hype over Amy Chua’s “The Battle Hymn of the Tiger Mother.” But the animal parenting has not been limited to large cats. Lisa Belkin reminded us in her Parentlode blog (for those of you who missed the memo, she recently ended her Motherlode gig at the New York Times and jumped over to HuffPo and gave her blog a more egalitarian name) that there are also “panda dads,” “hippo parents” (not a weight reference), “koala moms,” “pussycat moms,” “free range parents” (as in chickens, and the parenting style advocated by Forward contributor Lenore Skenazy), and “chameleon parents.” Belkin does a nice job explaining what all these different parenting styles are in a slideshow that accompanies her post.

The one “animal” parent that doesn’t irk me is the “dragon mom.” This has nothing to do with the fact that dragons are an imaginary species, and everything to do with the heartbreaking story written by writer Emily Rapp about raising her son, who is terminally ill with Tay-Sachs disease, published in October in the New York Times.

And then there is the latest “animal” parent — the “wolf father,” which prompted Belkin’s post in the first place. Wolf Father is the nickname of Chinese businessman Xiao Baiyou who has shared his parenting techniques in “My Beida Children.”

The controversial book (not just here, but also in China) reportedly describes how his uber-strict parenting got three of his four children accepted to the prestigious Peking University, which is popularly known as “Beida.” How uber-strict are we talking about? Let’s just say Xiao is big on constant scolding and physical punishment. “Beat your children every three days. They’ll definitely get into Beida,” he declares.

Let’s hope people get tired of parenting at the zoo. The reductionist notion that human parenting can be compared to animal parenting is absurd. To be sure, there is an instinctive component to human parenting. But while animals have nothing but instinct to go on, humans have a lot more to call upon to help us do a good job with our kids — and also to make us feel guilty when we don’t.

Parenting has become big business, with way too many people cashing in with parenting books, classes, videos, and blogs. And we all know that approaches and fads change with the generations.

There are good reasons, however, for why we read guides, seek the advice of experts and friends, and go to parenting and family therapy. Not surprisingly well over a quarter of the 30 most-shared articles and videos on Facebook in 2011 have had to do with parenting and children.

It is when we don’t humbly try on a variety of parenting glasses (and different pairs are needed to best see each of our individual children), and instead insist on wearing blinders and sticking to only one viewpoint that we fail both our kids and ourselves.

Of course there are times when we need to listen to our instincts. But there are many others when going against them is actually the right thing to do. I know my instincts have more than once told me to let out a primal scream, throw my hands up in despair, and run far, far away from my family.

But it is precisely because I don’t adhere to any single “animal” parenting philosophy that I act like a human being and stay exactly where I am — right here where my children need me, as imperfect a parent as I am.