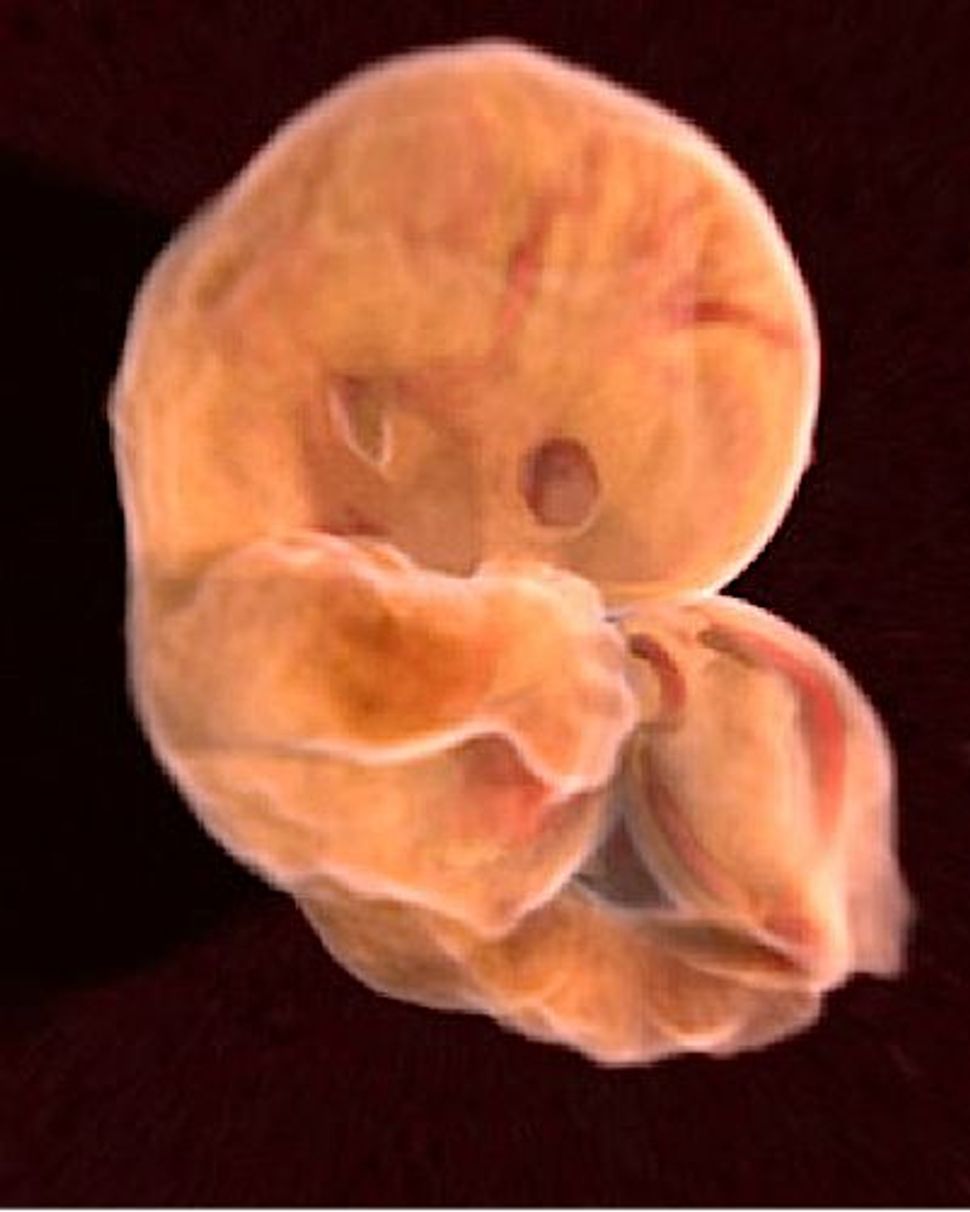 Peeking inside the womb Image by courtesy thevisualmd.com

There has been recent news of a curious quirk of the Apple iPhone 4s. If you have one of these phones you can ask Siri, its anthropomorphized virtual assistant, a question and “she” will give you an answer in her robotic voice. Where’s the nearest Thai restaurant? Siri knows. What’s the weather today? Siri will tell you. Siri seems practically omniscient. The one question Siri seems not to comprehend is, “where is the nearest abortion clinic?” Siri couldn’t come up with an answer, leading some pro-choice organizations and bloggers to wonder if Siri (and her creators) intentionally bollixed it up for ideological reasons.

An Apple spokeswoman has since said, however, that [it is a glitch][3] in the iPhone 4s beta program rather than a deliberate omission, and one they are working to rectify.

At new website Project Voice, poet Maya Pindyck and her friend Sarah Bruner have gathered together the stories of nearly 250 women who have had abortions.

The women span a wide range of ages, ethnicities, religions and stages of life. The women are from the U.S. but also Ireland, Cuba, Canada and Norway. Some grew to regret or feel ambivalent about terminating their pregnancies. Others were relieved and remain so. Some felt pressured to have an abortion and others were eager to end an unwanted pregnancy. Some women were just teenagers and others, much more mature. For some it was a physically and emotionally painful experience, while for others it was not. Their voices are varied and many-layered.

Pindyck and Bruner had the idea for the project when they were housemates, and Pindyck had an abortion. Before the procedure she looked online for other women’s stories, and found only websites that seemed politically or religiously motivated. “We wanted to bring together as many stories as possible, so that women might feel less alone in their experience. We wanted to offer an accurate and meaningful alternative to the pro-life vs. pro-choice debate, which flattens the layers and nuances of human experience,” Pindyck told The Sisterhood.

Pictured with each of the brief narratives is a photo of the woman’s hands. “We wanted to give some visual image but keep it anonymous,” Pindyck said. “Hands reflect age and race, sort of. It’s just a way to give a little visual connectedness.”

Someone very much focused on visual connectedness is the artist/technologist Alexander Tsiaris. He created this truly amazing video, which gives us a window in to fetal development, from zygote through birth. The video shows the development of the heart chamber at about 25 days, the emergence of early arm and leg buds at 32 days, embryonic retinas, nose and fingers at 52 days, and then jumps from fetal development at 8 weeks to birth.

Tsiaras presented the video at an affiliate of the TED conference. (The TEDTalks website is a cool place to see short presentations by innovative writers, artists, scientists and businesspeople.) Tsiaras’ company, TheVisualMD, creates similarly spectacular images relating to all sorts of aspects of physical health.

His prenatal development video concludes with images of a baby being born, showing how actively she twists and turn to emerge into the world a new, and surely wanted, human being. It is hard not to be astounded by these powerful images and almost a relief to see something like this produced for the sake of science and commerce, rather than with a political agenda.

It is a magnificent video worth watching.