What Hillary Got Right About Israel 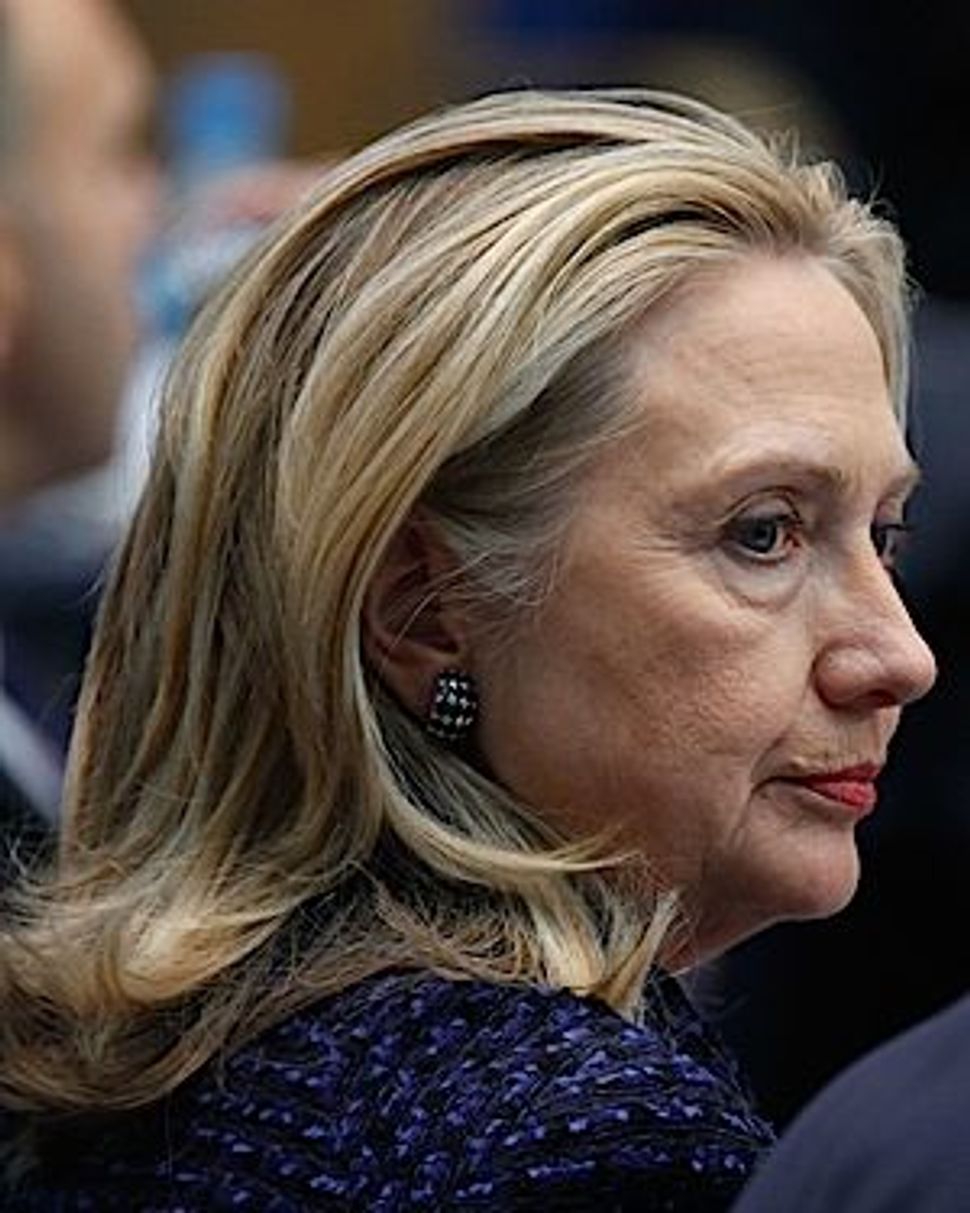 Hillary Clinton has made some important people in Israel angry. But she has made a whole bunch of other people, especially women, really happy. I, for one, am grateful to Clinton.

I’m referring, of course, to her now viral comments that she is “worried” about Israel democracy, and about the status of women. Both issues should give all of us pause, and she gets a special kudos for linking the two issues, something no public figure had effectively done until now.

Clinton’s democracy concern stems from a series of troubling legislation that has recently been discussed and in some cases passed in the Knesset, led by several key Likud and Yisrael Beitenu parliamentarians. The bills that have been tabled over the past few months include: the Defamation Bill that, as the Forward explains here, would make life difficult for journalists reporting on activities of Knesset members; the Supreme Court Justice Appointment Bill, which gives Knesset Members increased powers in the process of appointing Supreme Court justices; the NGO Bill, which prohibits “foreign governmental bodies” from donating to “political” NGOs in Israel — followed by the tax bill that also proposes enormous taxes on foreign donations, and the Basic Law — The Judiciary, which aims to restrain NGOs from bringing lawsuits to the High Court of Justice.

All of these bills have one thing in common: shifting Israel’s already dubious system of checks and balances. Every single one of these laws is intended to restrain power wielded against the government, especially power that comes from the judicial system, by strengthening the executive and legislative branches of government, which are effectively one and the same.

This is frightening because Israel doesn’t really have much in the way of checks and balances to being with. Consider this: The executive branch consists of the Prime Minister and his 30-plus personally appointed cabinet ministers — all of whom are parliamentarians in the 120-member Knesset. And now, those cabinet members have decided to curtail the one power that can act against them: the judicial branch.

But it gets worse. Because in this parliamentary system in which cabinet ministers often belong to the largest fringe parties who are most skilled in arm-twisting during coalition talks, some of the most powerful parties are the religious parties. The religious parties undoubtedly support legislative movement towards autocracy couched in language of pseudo-nationalism. But they also have one more major item on their agenda: the gender hierarchy. Of the 23 Knesset Members who make up the religious parties, there is not a single woman, and at least two overtly forbid women from being on their lists. Shas legislators in particular — the largest and most powerful religious faction — are among the most anti-women legislators, and have torpedoed feminist legislation on a whole range of issues, from sexual harassment to abortion to prostitution. And as much as some moderate religious voters may have hoped that Uri Orbach’s new religious party would be a voice of reason, those hopes have yet to be realized.

There are some terrible things going on in Israel regarding women’s rights; there seem to be new restrictions on women’s freedoms and movements happening every day. Increasing gender segregation in public, the erasure of women’s images, the exclusion of women from public ceremonies, the pressure to keep women from singing, dancing, speaking and even attending events — all these things are happening more frequently and freely.

And it’s unclear whether the MKs in power have any will to stop it. In fact MK Tzipi Hotovely, a particularly disappointing female Likud parliamentarian who happens to head the Committee For the Status of Women, is far more committed to the right-wing religious-nationalist agenda than the feminist one, and came out this week in support of restricting women’s singing in the army.

So one really has to wonder what is next for women in Israel. In this entire series of events, women are one of the populations in Israel who are most at risk. All these colluding factors should give us ample reason for concern about the future of democracy in Israel, and especially the future of women in Israel.

What Hillary Got Right About Israel