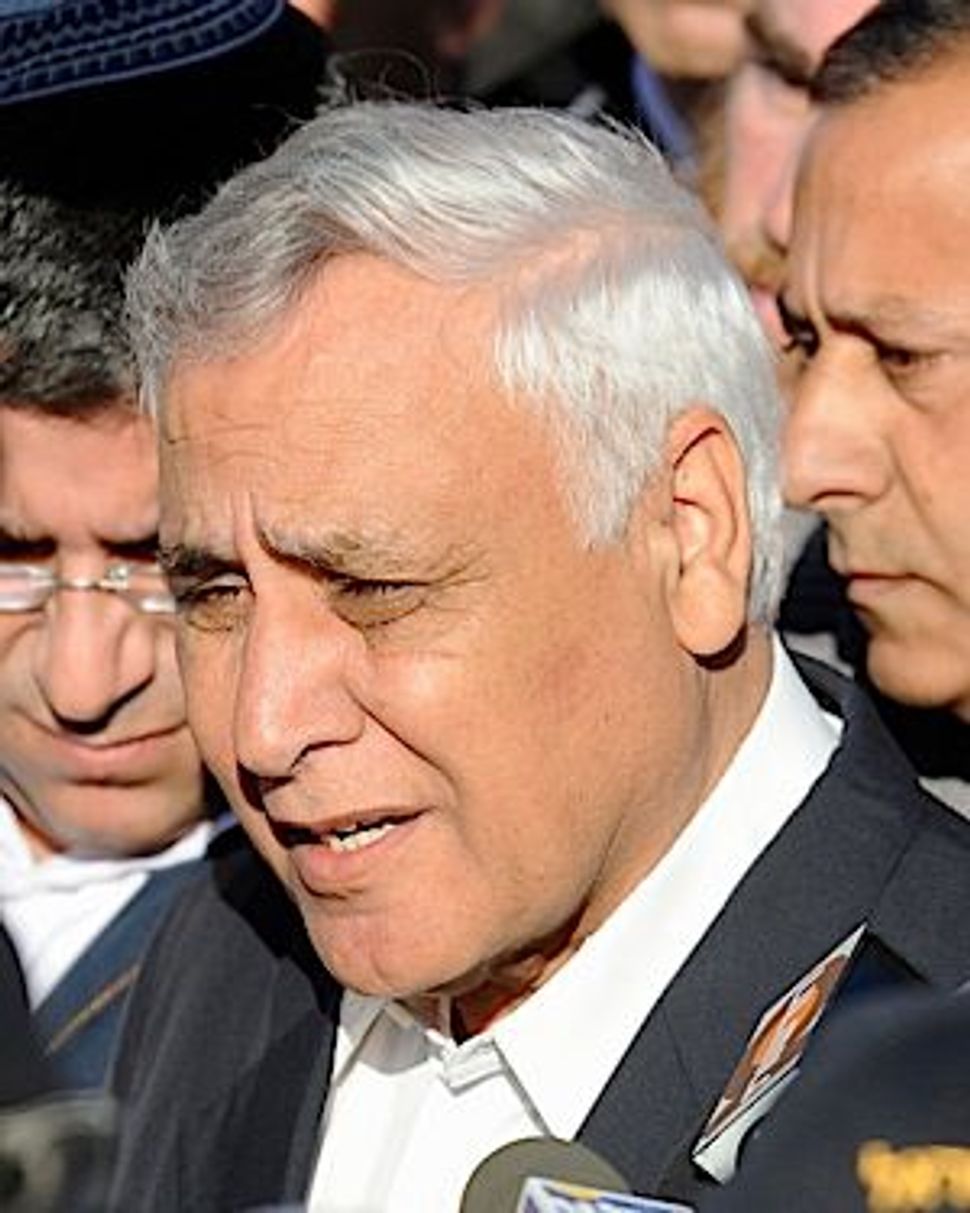 For any woman who has been sexually abused by a powerful male figure, today is historic.

As the day began, a bitter, sullen and utterly unapologetic Moshe Katsav — a former president of Israel, who was convicted last year on two counts of rape — left his home and made his way to prison. En route, Katsav lashed out at the justice system for “executing and innocent man” and “burying alive” a man who had “never behaved with anything but gentleness” towards women. The images of him being hustled out of his home and entering the prison were broadcast live across the country at breakfast time.

As the country watched and listened, virtually no sympathy for Katsav was detectable in the Israeli public throughout the ordeal, despite the former president’s continued attempt to portray himself as the victim of an evil conspiracy.

Maybe it was because he went to jail insisting he was faithful to his wife, that he was innocent of any inappropriate contact with his female underlings, and his declarations that Israel has now turned into Iran or Saudi Arabia in forbidding any contact between men and women, and an innocent hug is now considered sexual assault. Or maybe it merely represented the simple recognition that when a man is tried and convicted, his guilt is re-affirmed on appeal, and the Supreme Court of the land upholds these decisions — this whole process took more than five years — it is time for him to start serving his sentence. Or maybe it is because the public is so sick of the whole affair, and desperate to move on.

The television and radio appearances the women whom he was convicted of pawing, pressuring and manipulating, as well as the media coverage of his imprisonment, reminded me immediately of the Biblical admonition to the ancient Israelites watching the Egyptian soldiers being drowned in the waters of the Red Sea.

As the women were interviewed (anonymously, as always) in real time as Katsav headed to prison, his former employees expressed vindication, relief and satisfaction that the man who had made them suffer was finally being forced to pay the full price for his actions. At the same time they were careful not to sound too celebratory or joyful at seeing him fall.

It wasn’t a time for gloating and, more importantly, Katsav’s pain, his victims said, and especially his family’s didn’t lessen theirs. Putting the former president of Israel behind bars wasn’t going to erase their trauma of the harassment, or the character assassination that they went through at the hands of Katsav’s camp during the legal process.

Still, I believe that many Israeli women — not just his victims, and I’ll include myself here — were indeed celebrating, as we watched Katsav enter prison, in their heart of hearts. Israel is a country with such a macho culture, where blatant sexual harassment in the corridors of power has been tolerated, winked at for so many years. (And the sexist attitudes behind such behavior are not merely a relic of the past. On the eve of Katsav’s imprisonment, the two highest-ranking military officials were caught on tape making demeaning jokes about women soldiers.

And now, not so many years after sexual harassment became a criminal act and acquaintance rape began to be taken seriously by the justice system, a powerful man is being held fully accountable for behavior.

It’s a badge of honor for the often-embattled Israeli justice system. And it makes women feel that we are not powerless, that we have legal recourse when we are harmed, even by the rich and powerful.

And so, justifiably, on the day that Mr. Katsav went to prison, we experienced feelings of satisfaction and vindication. In the interest of morality, good taste, and for the sake of his family, we won’t call it “happiness.”