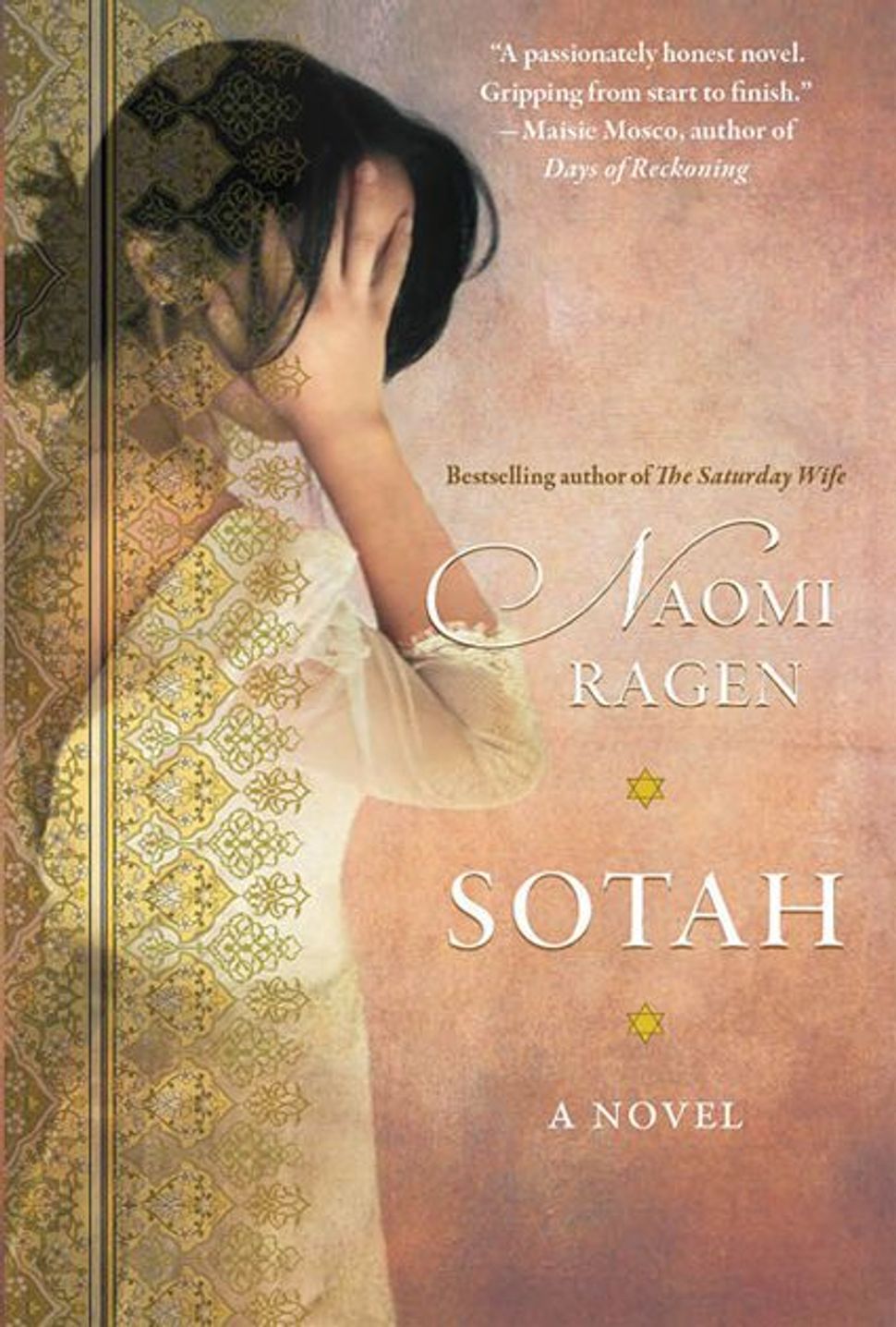 The news that Naomi Ragen was found guilty of plagiarism came as quite a blow to those of us who deeply admire her work. Ragen is more than a bestselling author; she’s an activist by writing, and in some circles, I would go so far as to say she’s an icon. The devastating verdict creates a real conflict for some of us, torn between protection of artists’ rights and the need for strong female religious leadership. It’s a tough call, but I have decided that I’m going to continue to support Naomi Ragen.

This is why: Ragen has been a courageous writer on behalf of Jewish women since before it became popular, before Orthodox women’s activism had a name or a movement. Back when the only type of writing we had about Orthodoxy came from the Faye Kellerman-style of idealizing Orthodoxy, in which all is beautiful and sweet in the Orthodox home and all women are happy cooking and looking pretty and covered while their husbands do all the grungy work in the outside world of blood and guts, Ragen was out there. She was willing to take an honest look and tell the truth despite the denial and outrage her words engendered. She had the courage to expose so much of what is kept systematically hidden in the religious world — painful abuse, power-wielding, social hierarchies — and for that we all need to be grateful.

That’s not to say that all of Orthodoxy is a culture of abuse, despite her many critics, attackers and naysayers. On the contrary, Ragen’s voice is one of criticism from within, and she has not wavered from her stance as a fully observant religious woman. This nuanced position of trying to expose pain and injustice within a particular culture while remaining fully committed to that culture has earned my enormous admiration. For that alone she deserves the support of the entire Orthodox community Her fight is not to destroy the religion but to elevate it to what it can potentially be.

Ragen is also one of the rare authors who does not hide away behind her computer but actually takes her ideas into the world of activism and action. She has been on the segregated buses in Jerusalem, doing the Rosa Parks thing way before most people even heard about the horrors of gender segregation that are currently flooding the news. She is not content to just write; she believes in doing. This is very meaningful to personally, and I also aspire to be both a writer and an activist, using the proverbial pen when needed and the proverbial sword when action is called for. In that sense, she is a real role-model, in the spirit of Benjamin Franklin, whose epithet is embedded in my email signature: “Either write things worth reading, or do things worth the writing.”

To be clear, I am not trying to condone plagiarism, nor am I casting doubt on the system of justice. I sympathize with the litigant, and I have been in similar situations of trusting a mentor when I shouldn’t have. I get that. Naomi Ragen apparently made a mistake — a serious though perhaps not entirely a conscious one — and she will be paying the price in terms of both money and reputation. With, that, however, I think that all things considered, I am ready to put this entire episode behind us and let Naomi Ragen return to doing her thing. The world needs her voice and her leadership, and as Jewish women, we cannot afford to lose her. As they say in Israel, yalla, kadima. Let’s move on. After you, Ms. Ragen.