Jeffrey Goldberg, Walmart and The Atlantic 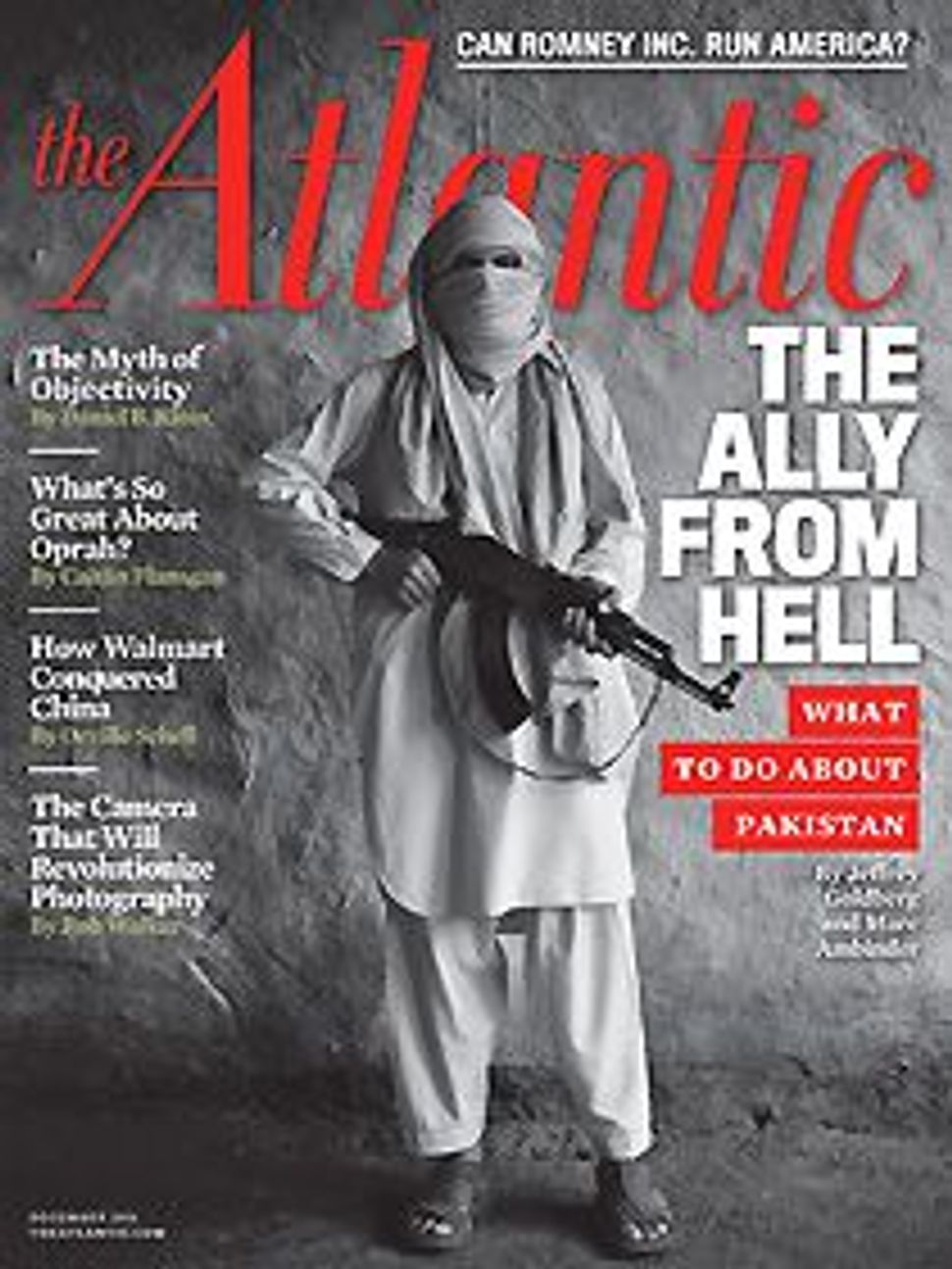 On newsstands: The Atlantic Image by theatlantic.com

You recently wrote a piece for Bloomberg in which you call Crystal Bridges, the new museum built by Walmart heiress Alice Walton, a moral blight. Your column notes that “many of the paintings in Crystal Bridges hang in eloquent rebuke to the values of the company that has made the Waltons so very wealthy.”

Among these paintings is Norman Rockwell’s “Rosie the Riveter,” which, you report, is described at the museum as a “transcendent symbol” of the “capabilities, strength and determination” of American women.

I am writing to remind you that The Atlantic magazine, where you are a staff writer, has not been entirely hospitable to women either.

At the beginning of the year I counted the number of women featured in the table of contents of The Atlantic during 2010 and found that they made up only 27% of the bylines. Just now I did a rough tally of the number of men and women in your table of contents over 2011 and found 129 men and 34 women — that brings us to down to about 21%. Also, The Atlantic lists seven male columnists and only one female columnist on its website.

Following my bylines post Jessica Olien wrote on Slate’s Double X blog about her time interning at The Atlantic. She said that while she wouldn’t call what she experienced overt sexism, she did notice that the male interns received more encouragement and mentoring than the female ones.

I understand that this charge is anecdotal, and lacks the punch of say the class-action discrimination lawsuit filed against Walmart on behalf of 1.5 million female workers. But still, as your byline count and columnist rosters shows, something is up at your workplace, too.

After my initial Sisterhood post on the byline gender gap I contacted editors from all the publications I wrote about: The New Yorker, Harper’s, The New Republic, The New York Review of Books and The Atlantic. I got official responses from all of them — with the exception of The Atlantic.

But now that I see that you have been exploring the chasm between Walmart’s apparent values and their business practices, I was wondering if you would be willing to do the same at The Atlantic.

As I wrote to your magazine a year ago, I am not seeking an apology or a confession, but rather an explanation from those on the inside.

I look forward to your response.

Jeffrey Goldberg, Walmart and The Atlantic