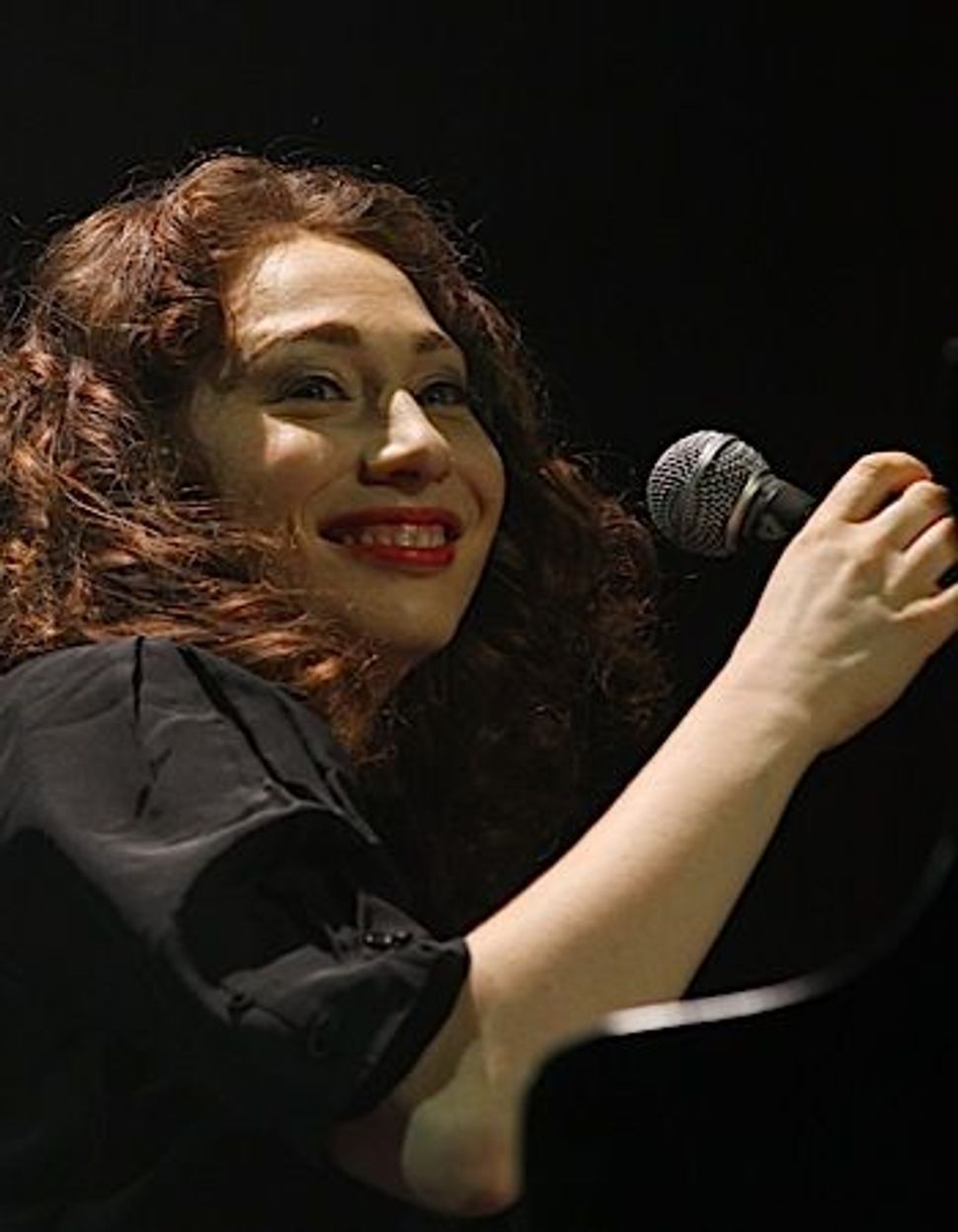 Singer and pianist Regina Spektor made the Complex list. Image by Getty Images

In her post on Complex.com’s year-end list of the 50 hottest Jewish women, Naomi Zeveloff warns against the persistent lust-ridden fascination with Jewish women.

Me, on the other hand — well, I am still kind of digging it.

Are men’s magazines crude and often misogynistic? Yep. Are ethnic fetishes, as Zeveloff point out, incredibly reductive? Of course. But still, I see a silver lining here.

Instead of Jewish women, broadly speaking, adapting to notions of what is hot — blond, demure, coquettish — men, as represented by these mainstream publications, have adapted to us — brunette, opinionated, funny. And I am well-aware that I am speaking in stereotypes here, but considering how much we still trade in stereotypes I believe it is sometimes worthwhile to consider how they function and evolve instead of just outright rejecting them.

The Complex list contains the usual suspects like Scarlett Johansson, Rachel Weisz, and Mila Kunis along with funny ladies Kat Dennings, Sarah Silverman and Lizzy Caplan, and singers Regina Spektor and Jenny Lewis. When I see these big-mouthed ladies on a list of desirable women, it makes me think that the once much-detested “overbearing” Jewish woman has now become the much-desired “overbearing” Jewish woman. I view this as progress, albeit a warped one, by the world’s men who no longer seem to be scared — or worse, repulsed — by strong-willed women.

Would the world be better without these types of lists? Probably. But as long as they are around, I am glad that women of substance now make the cut.