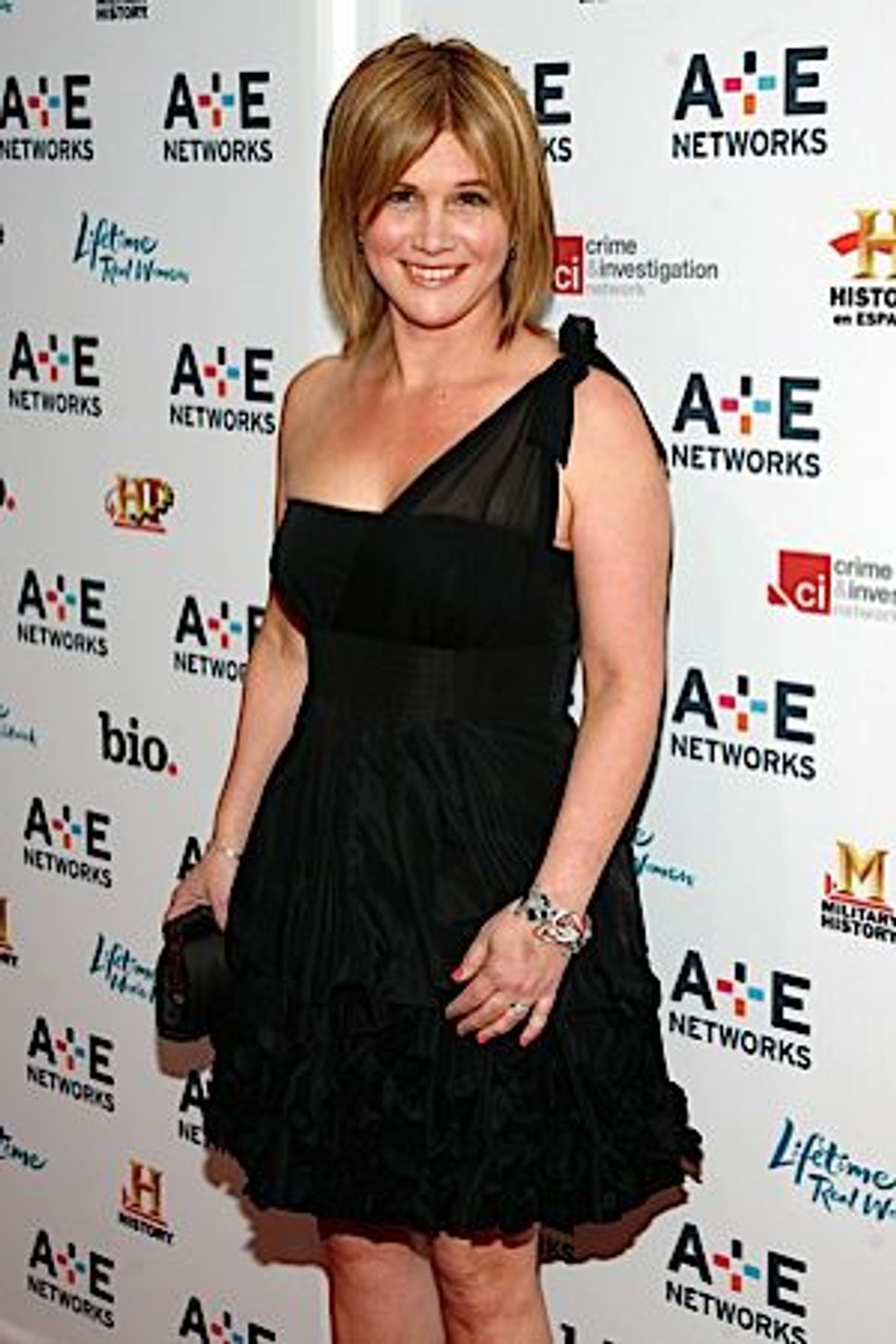 Tracey Gold played a significant role in my childhood. I found most of “Growing Pains” terribly boring and annoying, but Carol Seaver, the fictional family’s perfectly nerdy teenage daughter, fascinated me. When I saw pictures of an emaciated Gold on the cover of magazines in the supermarket, I thought they seemed completely incongruous with Carol’s sensibilities. I was terrified by her skinny arms and protruding clavicle. (At one point in 1992, Gold reportedly weighed 80 lbs.) But I didn’t understand what was happening to her — until many years later, when it was happening to women in my family and several of my friends.

If you tune in to Lifetime (you know, the so-called network for women) every Friday night at the peculiar hour of 11 p.m., you can see Gold again, older and earnest, in a new reality show called “Starving Secrets.” Each week, Gold goes on a mission to “help others battle their own eating disorders and to get them the treatment they need to save their lives.”

The opening sequence of the show is a litany of the emaciated, wasted bodies of folks with eating disorders. I feel like I’m about to watch a Holocaust documentary.

In this first episode we meet Melissa, who Gold says “is so sweet and vulnerable that I just want to help her. She’s only 22 and that’s too young to be a lost cause.” Melissa’s health insurance has cut her off from having any more treatment for her eating disorder, which in this case is bulimia. She says she takes different bus routes to different grocery stores to shop for her binges, so people don’t recognize her. “I’m scared that this is going to be how I’m going to live for the rest of my life,” she says. Gold gets Melissa a full scholarship a live in facility for those with eating disorders.

Gold’s other charge is named Rivka. She has an older sister named Devorah. They live in Toronto, but Judaism isn’t mentioned at all in any of her segments. Rivka tells us she was raised on a macrobiotic diet. “I always felt hungry. My mother shamed me when I wanted to eat foods that tasted good,” she says. If Rivka is Jewish, and it seems pretty clear to me that she is, this is a different trope than we usually see when talking about Jewish women and eating disorders — far from the stereotypical view of food as celebration and eschewing it, a form of rebellion.

Rivka has been in treatment seven times, and Gold describes her as “one of the most troubled girls I’ve ever seen.” As a result of her eating disorder, she’s losing her hair, has osteoporosis, is exercising obsessively for several hours a day, and eats mainly egg whites and cottage cheese. According to Gold, “She’s accomplished nothing in the last 14 years. She can’t finish college, hold a job or have a boyfriend.” Ultimately Rivka decides to move to California to live with her friend Gwen and enter treatment one more time. Gwen feels confident that Rivka can recover, “because of the qualities she possesses.”

You can watch full episodes of Starving Secrets online , so I’m not going to chronicle for you the experiences these women have in treatment, except to say that they are deeply troubling, much like this show. In case you were wondering, by the way, Tracey Gold is not an actor turned psychiatrist. Her primary roles on the show seem to be leveraging her fame to get women into treatment, telling each woman at the end of every episode how proud she is of them, playing therapist in the form of asking the women about their childhood and telling them that they have the power to overcome their eating disorder. Most disturbing to me is Gold’s tendency to equate traits like sweetness and vulnerability with being deserving of recovery.

When I told some friends I would be writing about the show, their collective disgust was notable. One friend told me that shows about eating disorders often trigger her to think, “I wish I could do that.”

What is actually the purpose of this show? Is it to break down the stigma around eating disorders? To show those who are struggling that treatment isn’t so scary by showing actual therapy sessions and weigh-ins? Is it actually to help these women? I have to believe that it is, or that would mean that it’s nothing but exploitation. And Carol Seaver would never do that.