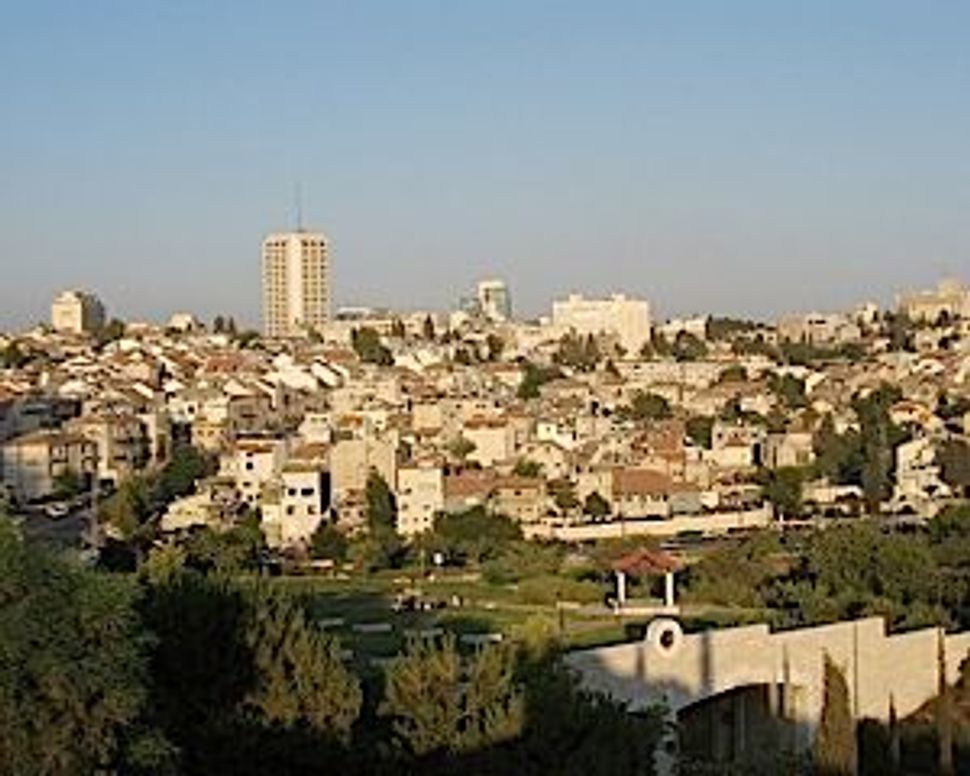 A view of Nachlaot Image by Creative Commons

Having a child fall victim to sexual assault is every parent’s worst nightmare.

In the picturesque Jerusalem neighborhood of Nachlaot, a network of alleged pedophiles has been exposed in recent months.The difficulties of relying on children’s testimony, and the initial reluctance of the ultra-Orthodox community to cooperate with officials has made the justice process difficult and painfully slow. If all of the allegations are to be believed, there are more than 20 perpetrators guilty of horrific crimes against more than 100 children, some of them young toddlers. And many of the alleged molesters are still freely walking the streets, in full view of their accusers and their parents.

Parents in Nachlaot — a mixed neighborhood with residents who range from secular to ultra-Orthodox are losing patience with the police and the justice system. Some worry that if the process does not move faster, vigilante-style action will be taken against the alleged perpetrators. With the police keeping a tight lid on the identities of key suspects, with gag orders imposed on the media, several bloggers have stepped into the breach to try to warn their neighbors, and report on the atmosphere in the neighborhood.

One blogger, Ima2seven, wrote a widely-circulated post called Terrorists Have Destroyed Nachlaot describing how the traumatized children face a shortage of Haredi therapists trained in coping with sexual abuse. Another blogger, JewishMom, lives in the neighborhood and has been writing about the affair for months. During Hanukkah, she offered a vivid description of how the scandal has shaken the neighborhood to its core:

Up until a few months ago, when I walked through Nachlaot’s shtetl, I saw a scene that was reminiscent of paradise. Crowds of religious girls playing jump rope and religious boys trading Tsaddikim cards. Mothers peeking out to check on their children while preparing dinner, or hanging laundry, or reading Tehillim. Just to walk through Nachlaot’s shtetl filled me with longing for a different life… And now, where have the children gone? Today, the Shtletl is silent. 5 families including over 40 children have already moved away to safer neighborhoods. And the families that are not moving, because they cannot afford to, or because they choose not to, keep their children largely locked inside. Or the children are outside, with their mothers hovering anxiously and wondering how their paradise on earth became the Devil’s playground while the police and legal system cluck their tongues, and do next to nothing to protect Jerusalem’s children from “S,” the alleged mastermind of the pedophile ring, and his band of experienced predators who have done nearly irreparable damage to the children of an entire community.

The graphic details of the alleged affair are only surfacing now. According to press reports, the ultra-Orthodox community at first tried to deal with it on its own but, failing to stop it, ultimately went to the police last summer. The affair went public when arrests were made in September, as the Jerusalem Post recounted:

Police arrested five men in the Jerusalem neighborhood of Nahlaot over the past six weeks for sexually abusing dozens of minors in the neighborhood starting as early as 2006, though the abuse got significantly worse in the past two years. The men, all in their 40s and 50s, knew each other through the neighborhood but were not acting in an organized fashion to abuse the children. One of the men arrested recently was also arrested in February for similar sexual abuse of minors. Police requested he be imprisoned, but he was released to house arrest with an electronic bracelet to track his whereabouts.

Jerusalem police spokesman Shmuel Ben Ruby said that the man continued abusing children while on house arrest. The two men already served with indictments both used candy to lure children from the neighborhood into their apartments, where they would sexually abuse and sodomize them. One suspect told the children that if he told anyone what had happened, the suspect would burn down his house and kill him.

The Post said that four of the men were Haredi. The non-Haredi suspect was described by the newspaper as “a well-known pillar of the community who had built a whimsical community garden in the courtyard, said neighbors. After hearing of the arrests, the neighbors destroyed the garden in anger.”

The case was quiet until this month, when as reported in the Jerusalem Post three new suspects were arrested: In a Knesset committee hearing on the inaction, families of victims expressed outrage that many of the suspects were still at large and coming into daily contact with their victims. Although the hearing was closed to the media, reports of the anguished testimony of parents of the victims leaked into the press. The Jerusalem Post reported:

“G,” a mother of eight — four of whom were abused — said that an eight-year-old girl had testified that she was forced to watch the rape of a two-year-old girl, and that the men told the children that they would burn them alive if they ever spoke about what happened.

If the parents of Nachlaot feel the way I do when I imagine anything like that happening to my kids, the threat of vigilante justice are very real. Jerusalem police had better pick up the pace.