Raising a Daughter, Without Adelson’s Help 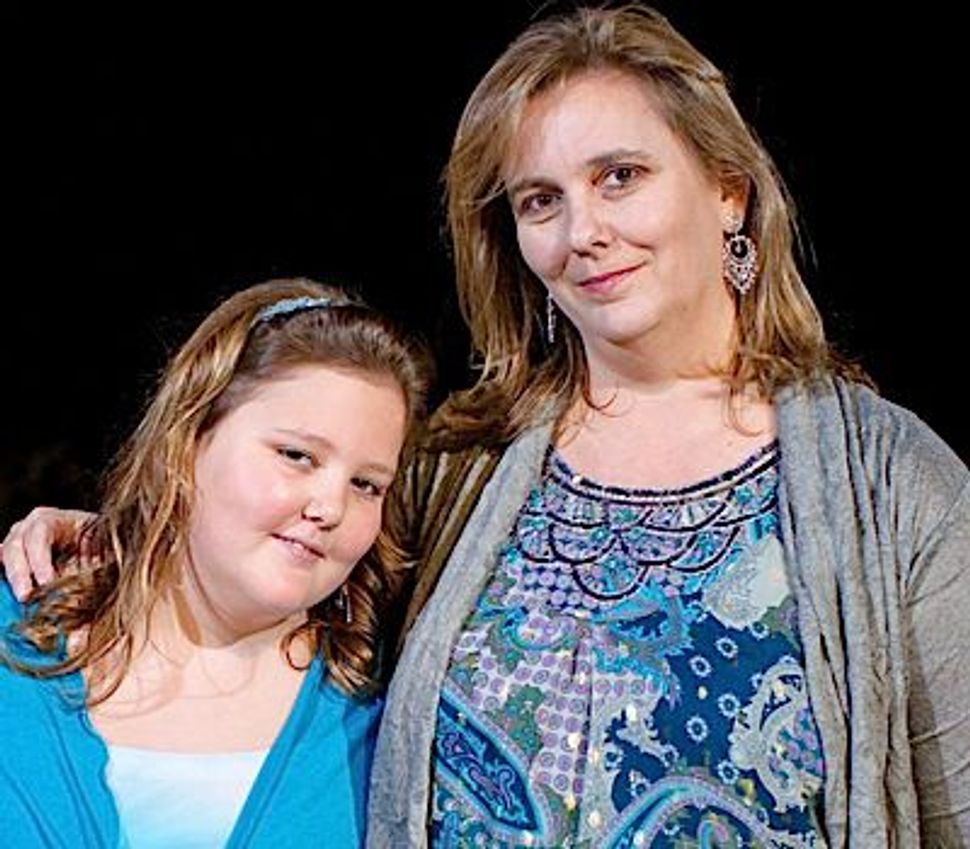 Congratulations on the impending birth of your baby girl.

When I saw your essay on Tablet questioning whether it was wise to raise a daughter in Israel at a time when “war is waged against girls and women” I understood the feeling. I had my first child when I, like you, was living in Tel Aviv, way back in 1996, just after the assassination of Prime Minister Yitzhak Rabin and during the height of terrorist suicide bombings. I, too, was worried about the place I had decided to raise kids.

You correctly point out the disturbing domination of the ultra-Orthodox establishment on the state. You knew that the rabbinate wasn’t your friend when you moved here, and that you would face problems regarding Erin’s halachic status — her mother underwent Conservative conversion during pregnancy — and that this would affect your future children. But now that a baby is on the way, that reality is upon you. Add that to the current crisis over the “exclusion of women,” the situation in Beit Shemesh, the issues over buses and women’s singing in the army and I can see why it would concern you.

I was sure that your piece was heading for a discussion of how to raise an Israeli daughter confident in both her Jewish and her female identity under these circumstances. Instead that the article was essentially a 911 call to American Jews, arguing that Diaspora leaders need to “demand” Israel “make liberalization of the rabbinate a priority.”

The Jewish Federations of North America, the Jewish Agency, the United Jewish Appeal, the American Israel Public Affairs Committee, the Jewish National Fund, and so on, should give the Israeli government a 90-day window to enact legislation to protect the rights of women and the non-Orthodox. Jerry Silverman, Sheldon Adelson, Howard Kohr, Ron Lauder, and other leaders of powerful Diaspora Jewish groups: Enough with the back-room diplomacy. It is time for Jewish leaders, especially in the United States, to make it clear that no money or lobbying support will flow to the government of Israel, or government-sponsored programs, if the state’s official institutions discriminate against non-Orthodox Jews. No pluralism and no recognition of women’s rights equals no cash and no lobbying support.

Don’t get me wrong: I share your vision of a kinder, gentler, rabbinate (since it is unrealistic to fantasize about separation of church and state). And it would certainly be wonderful if such an effort came to be. But I’m not waiting around for American Jewish organizations or individual U.S. Jewish billionaires to ride in on a white horse.

You say that “it is time that the world Jewish community knew about this systemic bias in Israel.” I don’t think that American Jews, and certainly not their leadership, are ignorant regarding the situation. I think they know the problems with the rabbinate well — the “Who is a Jew” wars were traumatic enough to leave a scar. And as for exclusion of women, if they haven’t been reading our extensive coverage of it on The Sisterhood, they certainly noticed the attention it has been given in places like The New York Times.

But these Diaspora leaders also know that Israel is a democracy and believe that as such, it is the job of Israelis to make such fundamental change happen. American Jews aren’t going to save Israelis from themselves. Enough Israelis are going to have to care about the character of their country in order to do something about it.

Indulge me and let me respond for a moment to the article that I thought you were writing, the more personal one about your family. In the end, what will make your daughter a proud, confident, Jewish woman won’t be the state, the rabbinate or any official document. That identity depends on you and, very importantly, the community — not just the country — in which you choose to raise her.

Raising a kid in Israel with both a strong Jewish identity, familiarity and appreciation of their religion and heritage and an understanding of pluralism and tolerance, I’ve learned, isn’t such an easy feat. It takes a village: and a specific kind of village. Like oases in the desert, egalitarian modern Orthodox congregations, strong Conservative and Reform communities, havurot exist all over Israel. Before I had kids, I scoffed at them a bit. I joked that one of the benefits of immigrating to Israel was the ability to be fully Jewish without joining anything. But once you have kids, and realize you want to pass on the same values that brought you to Israel in the first place, finding fellow travelers is key.

The jury’s still out on my newly teenaged daughter. She’s young. I’ll cautiously say, so far, so good. Unlike most Israeli girls, she chanted her Torah portion at her bat mitzvah. She spent the evening of her 13th birthday demonstrating for women’s rights in Beit Shemesh. For me, the real hope for change in this country isn’t Sheldon Adelson’s wealth and influence, it’s more young Israeli women who won’t let themselves be hidden or silenced. It would be great if you decide to stay, and your daughter becomes one of them.

Raising a Daughter, Without Adelson’s Help