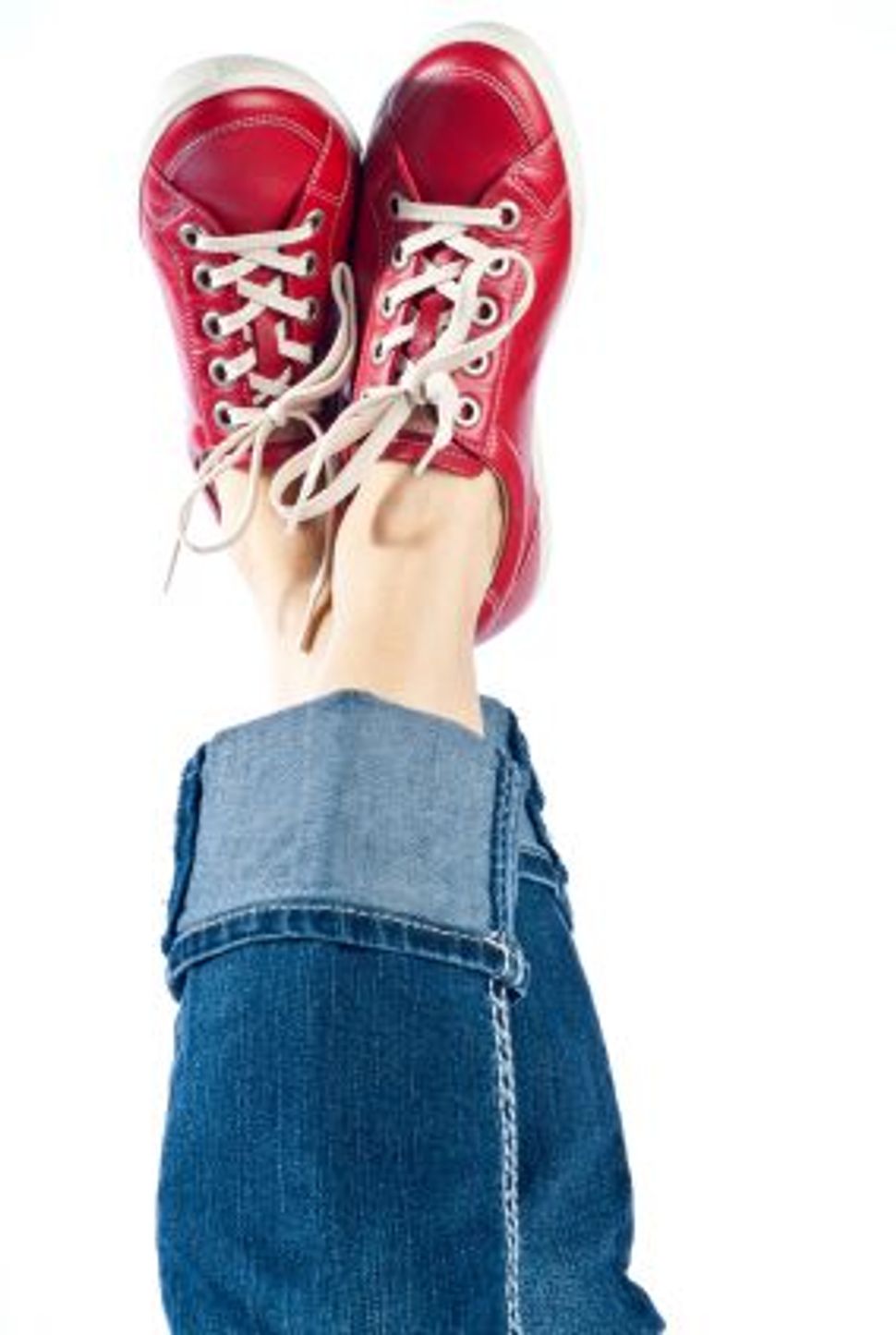 Just because I wear pants, it doesn’t mean I lack dignity. Or self-respect. Or even modesty.

Which is why I find pieces, like this one, suggesting that dignity for a woman means excessive body-cover, so offensive.

When rabbis or anyone else claim that women need to cover their skin, their elbows, ankles and necks for the sake of “dignity” or “self-respect” or “protecting sexuality,” what that means is that people who dress like me are not dignified. We are overly sexualized. We might as well be walking naked on the subway platform. But It is just not true.

My body is mine alone, and I project that in my clothes. Not floor-sweeping skirts, not scarves to my forehead or necklines that choke. No, I wear pants, sometimes jeans, sometimes shorts and, yes, sometimes even sleeveless tops. I wear clothes that are comfortable, that feel good, that let me move and sit on the floor or in a chair, that enable me to ride a bike or climb a tree if I so choose, that let me wear my hair in a ponytail or in a scrunchie or even just down. Ultimately my hair is mine alone, as are my elbows, my neck, my ankles and skin. Before I look in a mirror, I look inward and ask myself how I feel about my body at this moment, and I let my inner voice of self-respect guide me.

In addition Gavriella Lerner’s assertion of choice followed by an admission that she does what she believes is expected of her according to halacha is a classic Orthodox non-sequitur. As in, I choose to do what I’m told.

I would like to challenge this dubious claim of choice this way: If your rabbi came out tomorrow and said that you do not have to dress this way, how would you dress, really? And be honest. And don’t answer fast. Because religious girls and women are never asked that question, so they barely even know how to address it. What would you desire on your body? Comfort and desire are not concepts that any religious woman is raised to consider for herself. And by the way, desire to obey halacha, to be a good girl, is not the kind of desire I’m talking about. I am talking about actual body desire.

It is naïve to think that halacha actually says unequivocally that this is how women should dress. The idea that pants are “kli gever” (men’s clothing) was disproved generations ago. And there has been so much cultural variation on expectations of women’s dress — in fact, in Maimonides’ times, it was the men who wore dresses — that notions of some kind of monolithic halachic way are beyond absurd. It’s just social convention.

I’m also troubled by the author’s attempt to disassociate from others who are more excessive than her in body-cover rules. Orthodox Jews are masterful in their ability to look at other Orthodox Jews and say, “We’re not like that”. It’s the Jewish version of Goldilocks and the Three Bears: I cover just the right amount of skin — not too little and not too much. I have just the right amount of enthusiasm for halacha, not too little, not too much.

Of course it’s also an illusion. Whether one wears a sheitel or a scarf, skirts to the floor or just past the knee, the process of female submission to unyielding male-determined codes of dress, codes that revolve around the male gaze on the female body, codes that deprive women of our subjective experiences of comfort, codes that are based on twisted readings of Torah.

It’s living a life based on the Orthodox obsession with the female body in some form or another. It is the same rationale that allows a man to think of little Naama Margolese as “immodest” or to call a female soldier a “slut.” It is all the same rhetoric that turns non-conforming women, women who dress “different” — women like me — into the strange other. This is not Judaism; it is social dysfunction.

Orthodoxy needs a new vision about what it means to live a Torah life. The big lie that sleeves and skirts make us religious just isn’t working anymore.