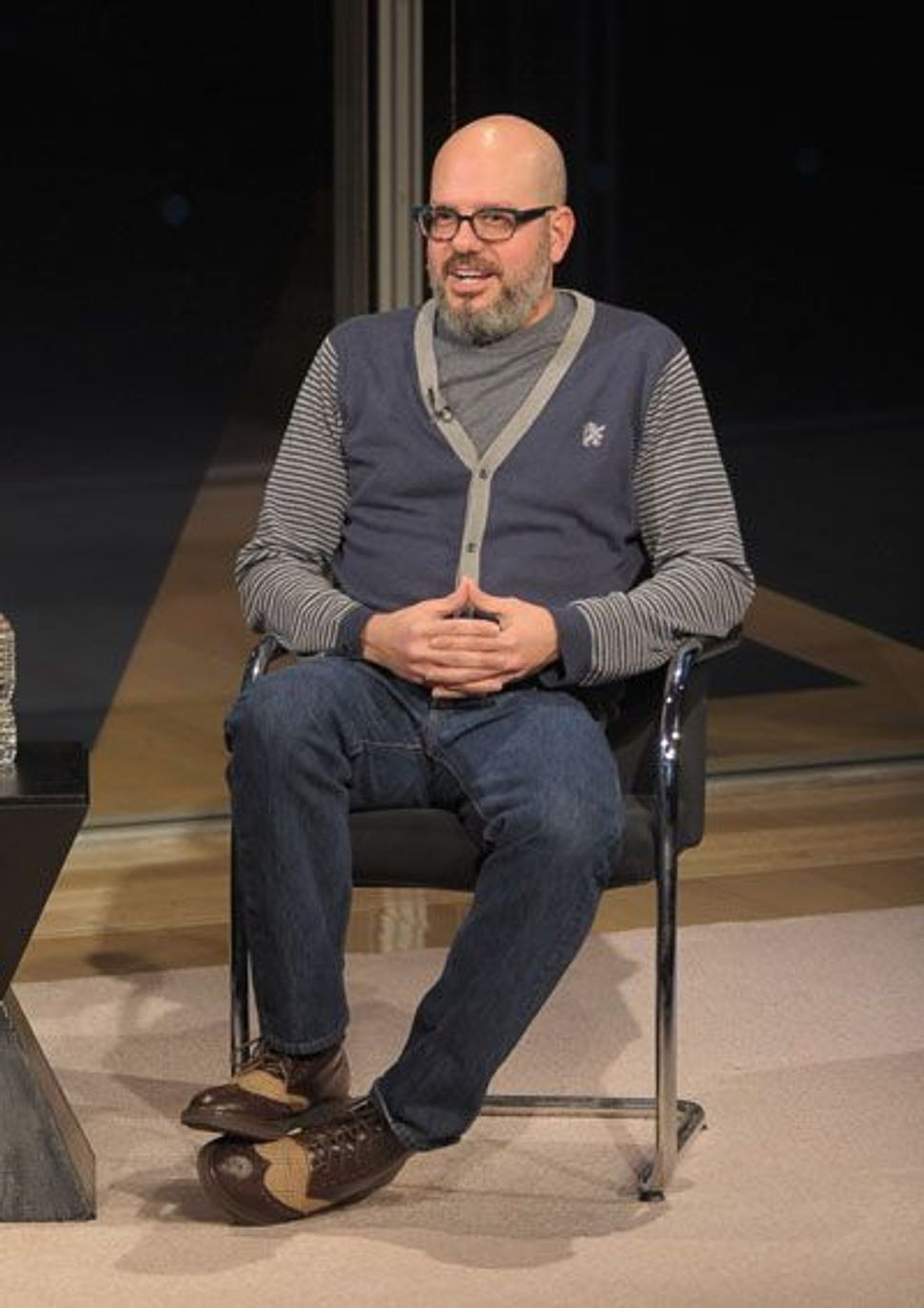 Is there a statute of limitations for how long a grown man should hold a grudge against his father?

I have asked myself that over and over ever since I read the Talk of the Town in the Jan. 23 issue of the New Yorker — the one entitled “Moving Day,” about the actor and comedian David Cross and his move from the passé (in his eyes) East Village to a spacious apartment in Brooklyn with a “ridiculously big” walk-in closet and a dead-on view of Ellis Island.

“My dad went there with his family when he came over from England, shortly after World War Two, I think,” he’s quoted as saying.

All true. His father was a young boy when he left England with his mother to join his older brothers and his sister in New York. I know this because that sister was my mother.

David is my first cousin, the oldest child and only son of my mother’s youngest brother. My sister and I were flower girls at his parents’ wedding, and I distinctly remember entertaining David when he was a baby, playing peek-a-boo with a pint-sized blanket, making him laugh. How strange, to think I once made a famous comedian laugh.

That was before David’s family moved from place to place as his father, my uncle, pursued one crazy job after another, squandering his talent and, I’m sure, plenty of other people’s money. David told the New Yorker that he had to live with friends after his father left the family, and that he hasn’t talked to him since his late teens. Needless to say, David has been estranged from the family ever since.

But here’s the part that upset me so much that I’ve waited more than a week to write this.

“From what I’ve heard,” David said of his father, “he’s on the Upper East Side — when I get close to it on my bike, that weird, tingly, Spidey Sense goes off. He’d be about, what, seventy five now?”

Yes, David’s father turned 75 in early December. I took him out to dinner that night at a lovely Italian restaurant of his choice on the Upper East Side. He had fish, if I remember correctly, and devoured it with the obvious delight of a man who appreciates fine food and family attention. My oldest daughter and her new husband joined us. A few days later, my sister and cousin came to New York to extend the birthday celebration.

How could David not know? How could he not care?

My uncle lives alone, as he has for years after divorcing David’s mother, in a rent-subsidized apartment that he painted himself before the Parkinson’s Disease left too much of a tremble. (For a homemade paint job, it’s not bad.) On his good days, he’ll happily spend hours in the kitchen, patiently stirring the risotto until it achieves the right consistency, and artfully arranging the salad for a gourmet dinner. Once an accomplished chef, he still adores cooking for others, even though his meals have become noticeably simpler in the last couple of years, as he surrenders to age and illness. We still leave stuffed, with take-home bags.

This is what my cousin, his son, is missing.

From what I understand, my uncle did some unforgiveable things to his children, and I probably don’t know the half of it. Clearly, David is scarred by his childhood and I, having been blessed with two loving parents, can only imagine what it must have been like to grow up with such profound anger and animosity.

But doesn’t the statute of limitations come with an expiration date? When does the responsibility gene kick in, the one connected to the commandment to honor one’s mother and father — especially when, in this case, the son is rich, famous and living only a bike ride away?

I cannot force my cousin to forgive his father. David is engaged to the actress Amber Tamblyn; perhaps in creating his own loving marriage, he’ll be able to more generously examine his past. Perhaps, if they have children, he’ll understand how excruciatingly difficult it is to parent and do it well.

But since he has, repeatedly, publicly maligned his father, what I can do is set the record straight. David, despite his serious illness, your father is still a jolly old man, a decent man who has tried hard to make up for his past, a man with opinions on everything, a never-ending appetite for bargains, and a genuine affection for anyone who will eat his food and listen to his stories.