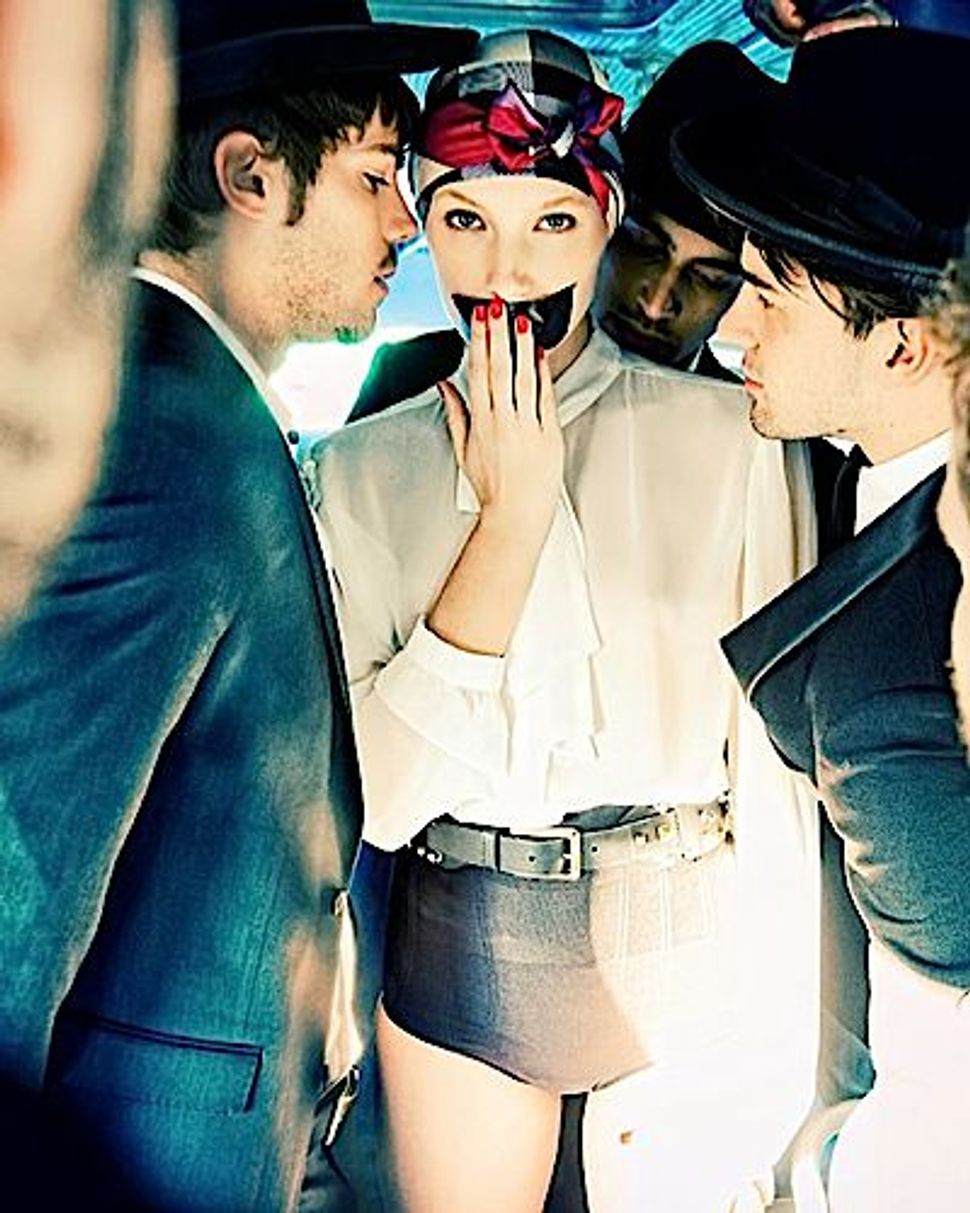 Israeli fashion magazine BelleMode is publishing a provocative spread in its February issue, featuring sexy young women wearing see-through clothes on what appears to be a gender-segregated bus in Israel.

Blogger Kung Fu Jew, better known to his friends as Ben Murane, wrote about it on Jewschool, and it was picked up by Gawker, which titled it “Sexy Israeli Photo Shoot Mocks Ultra-Orthodox Women Haters.”

The Jewschool post has a link to a Russian-language website that has a bunch of photos from the shoot, and a Hebrew-language “behind-the-scenes” video.

I’m no fashionista but, aside from the scowls on the male models’ faces, I’m not sure the pictures are terribly good. But I do cheer the cultural commentary they make. In fact, the most provocative of the photos isn’t one with the most flesh showing. It’s one showing a model wearing short-shorts and a piece of electrical tape over her mouth, while men press in on all sides.

And my personal fave? The one that shows a male model wearing nothing but a bekishe, or long satin coat, which falls open and doesn’t begin to cover his rippling abs.