Livni: ‘Close Your Eyes, and Vote’ 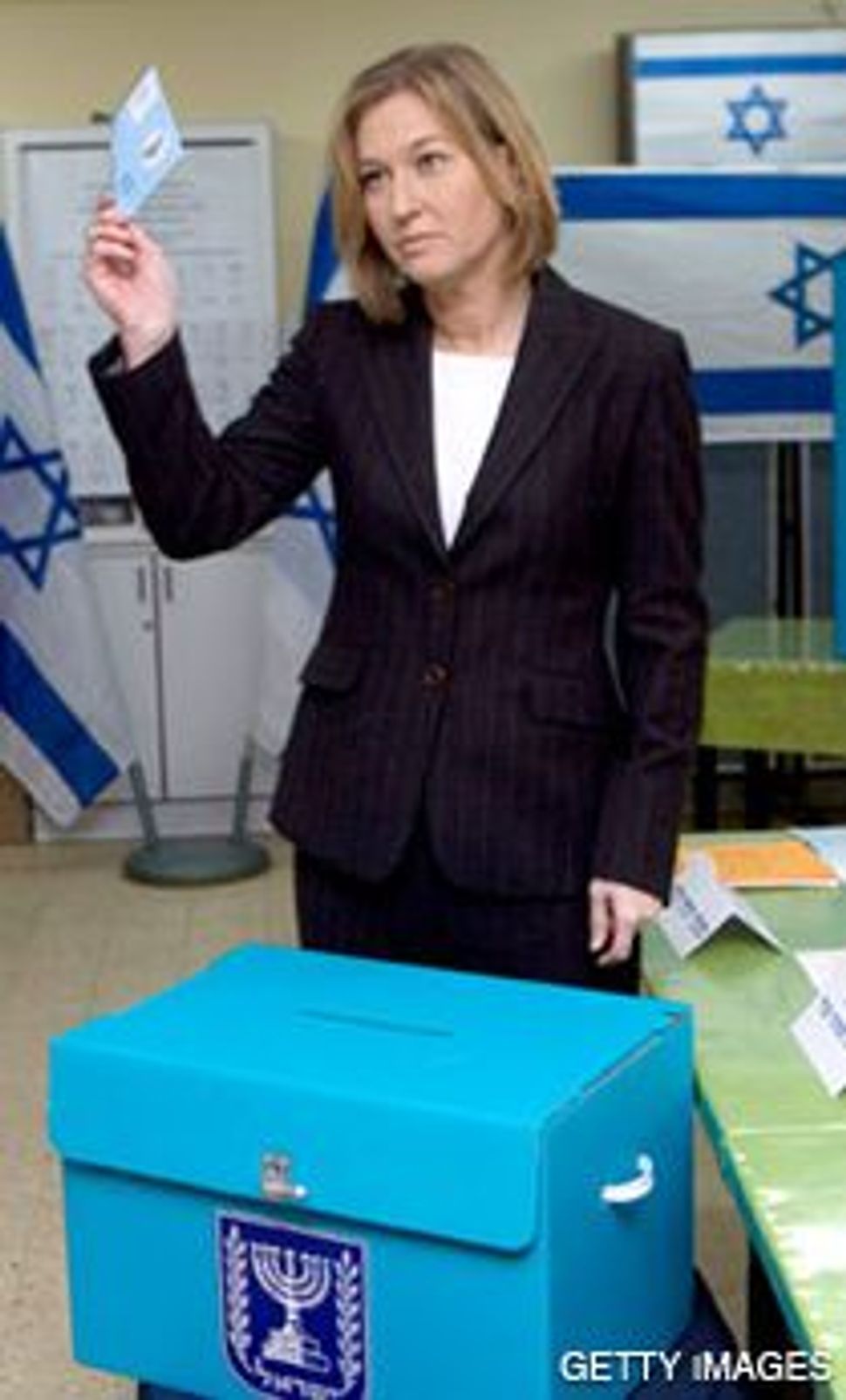 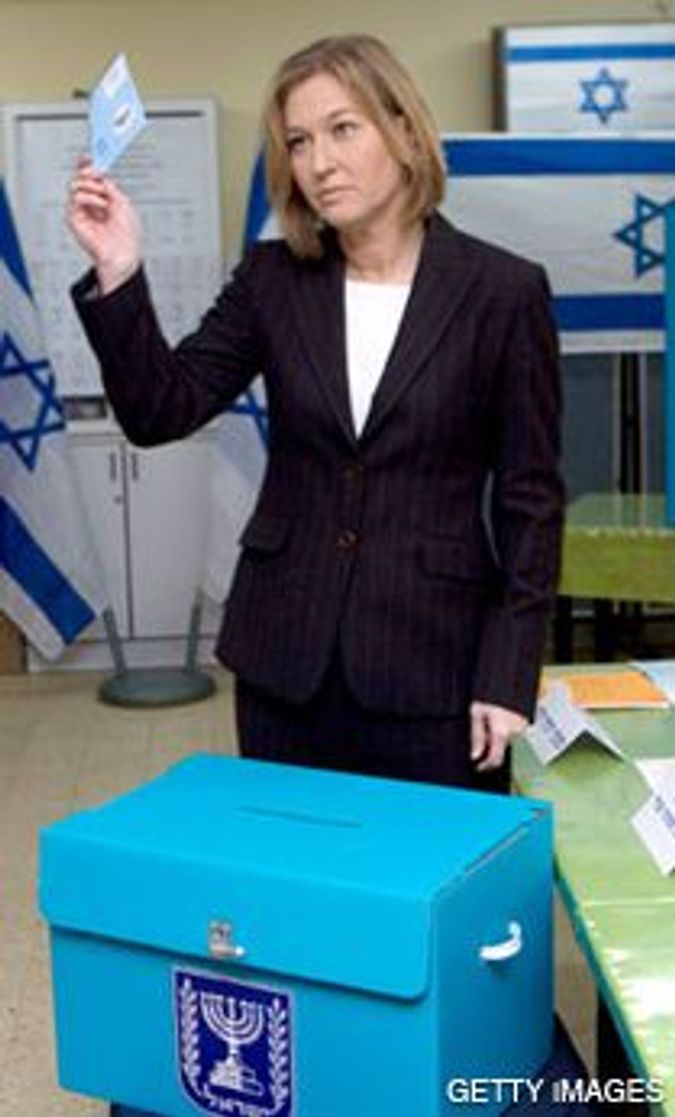 After casting her vote at a Tel Aviv polling station, Livni called on Israelis to do the same despite stormy weather. “I have just done what I want every citizen in Israel to do — first of all to get out of the house, rain or no rain, cold or hot, go out, go to the polling station, go into the booth, close your eyes, and vote,” Livni said.

Well, some Israeli commentators have argued that Livni and her rivals to the left and the right — Labor’s Ehud Barak and Likud’s Benjamin Netanyahu — haven’t done much in their campaign rhetoric to distinguish themselves, so maybe it doesn’t matter whether one votes with eyes open or shut.

Some Israeli voters, meanwhile, are sure to be holding their noses.

Livni: ‘Close Your Eyes, and Vote’