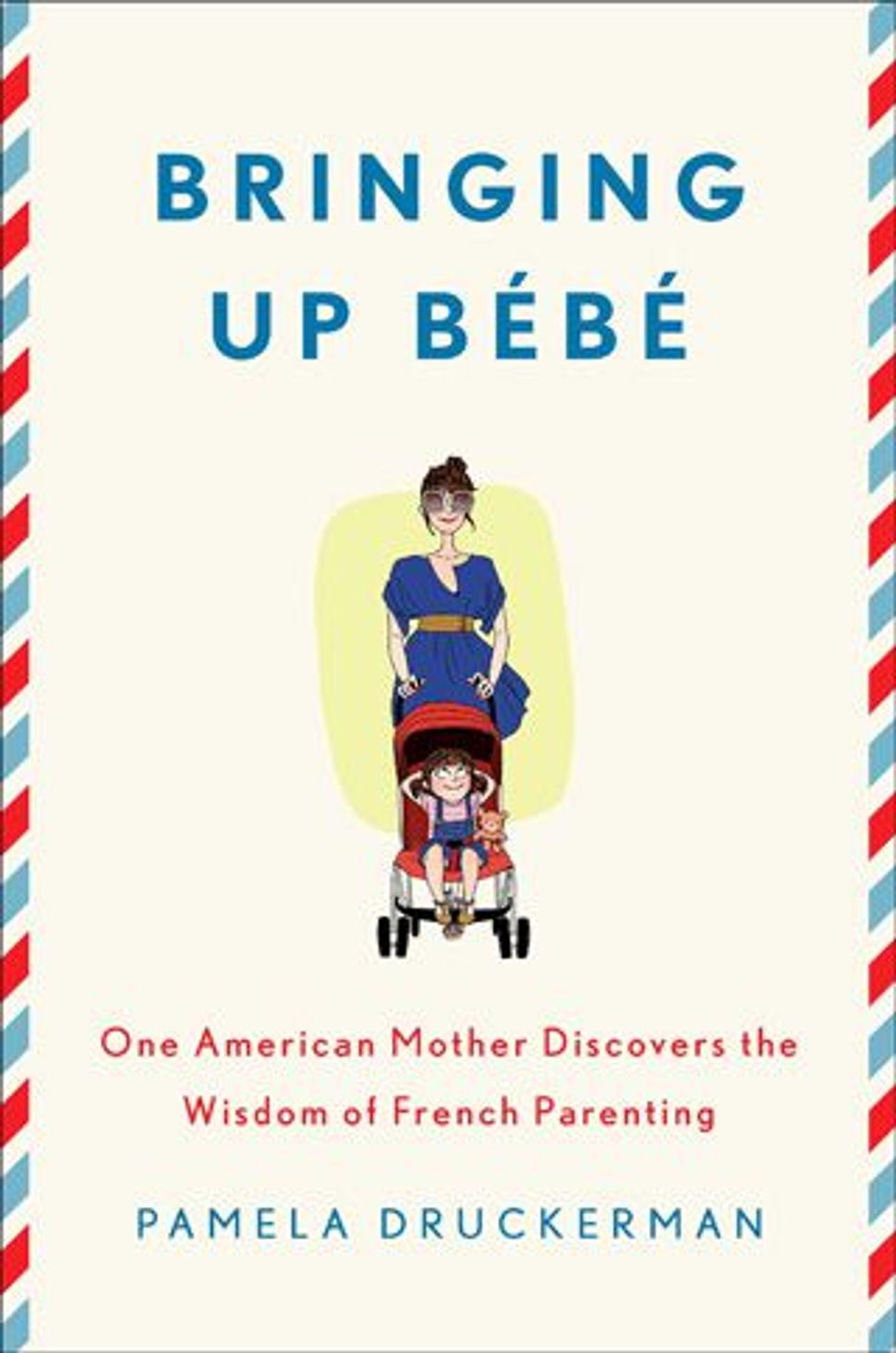 The author cut her teeth in Jewish journalism. Image by Penguin

Let’s face it: an overwhelming number of the modern world’s greatest achievements have come from the United States. Behind all of those accomplishments are human beings, all of whom, presumably, have mothers and fathers. So I ask: If this is true, why are American parents — more specifically, American mothers — so insecure about the way they raise their children? Why are they so certain that somewhere else in the world, parents in other countries and cultures must be doing it better?

First it was Amy Chua’s “Battle Hymn of the Tiger Mother,” comparing American mothers unfavorably to their Chinese counterparts, and finding Americans terribly lacking when it comes to producing classical music virtuosos and getting kids accepted to Harvard. Chua made moms very existence did not revolve around schlepping children to study with the world’s top violinists, and drilling them in algebra and chemistry feel horribly lacking.

Now, after the mommy brigade has barely recovered from Chua-mania comes “Bringing Up Bebe: One American Mother Discovers the Wisdom of French Parenting” by Pamela Druckerman. The title alone turned my stomach with its implication that if French parenting is wise, the Americans version must clearly be unwise. The British publisher of the same book judiciously injected a little skeptical humor into the title, naming the book “French Children Don’t Throw Food” (because, really, would the British ever admit that the French possessed superior wisdom?)

I must confess that I have not yet gathered the pearls of wisdom that Druckerman has to offer. But the bottom line seems clear: Through a series of studies and anecdotes, she is telling us that if we take a page from the French, we, too, could have perfectly behaved children who sit politely at the table, eat small and controlled portions of healthy gourmet food (French kids don’t eat french fries, apparently) then retire to their bedrooms where they play happily by themselves, demanding no adult attention and then sleep peacefully through the night. In other words, if we didn’t already hate French women for not getting fat, we can resent them because they are sipping cocktails by 8 p.m., while we suckers are at our children’s bedside, reading them yet another story and fetching them water.

Druckerman, whose previous book explored comparative infidelity and who is currently taking a lot of heat for an article in which she described the menage à trois she set up for her husband’s 40th birthday is an American, who, I have learned from the Jewish journalism grapevine, cut her writing teeth at the JTA. So without criticizing the content between the covers of this specific book,as the New York Times does in its rather scathing review, I will limit myself to attacking the emerging genre as a whole.

My expat parenting experience is the mirror opposite of Druckerman’s. I’m raising my kids in Israel, where American parenting style is considered highly disciplined. My children complain that they have far more rules and limitations than the laid-back parents of their Israeli classmates. The basic consensus among the English-speaking mommies is that Israeli kids are far too untamed and rude and we would never let our kids run wild as many Israelis do. Whether it’s a downtown shopping area or a fancy wedding, you see parents shlepping kids around late into the night. The concept of bedtime doesn’t seem to exist, we judgmental Anglos cluck.

But do our Israeli neighbors care about our judgments, and do they even consider adopting our foreign parenting techniques? No way. They are comfortable with their cultural differences. They aren’t looking to France or China or America to teach them how to parent, although, boy, sometimes I feel as if it sure wouldn’t hurt. I can’t say that I believe most Israelis parent well, but they do it with conviction.

Giving my fellow American parents the benefit of the doubt for a moment, it’s not completely clear if such an intense American parenting inferiority complex truly exists or merely a product of the publishing marketing machine. The whole phenomenon reminds me of the magazines I was raised on, like Seventeen and Glamour, publications bent on making us feel that our clothes, hair and makeup are continually in desperate need of improvement. That’s what keeps us buying the magazines. And, it seems, that’s what drives the sales of these books: an underlying sentiment that parents in China or France are raising their children better.

For the record, I mentioned the book to my friend Joanna, who immigrated to Israel from Paris a few years ago. She rolled her eyes. Her mother’s second husband, she told me, was an upper-class ‘typical Frenchman’ who believed in classic French parenting “I felt like an object that adults never wanted around,” she said. “Life was great for the adults, but we felt left out.” She’s no fan of the opposite extreme that she witnesses in Israel but she does not want to raise her kids the way she was raised, either.

My French mother-in-law is a big fan of French enforcement of table manners for children, but notes they can be taken to extremes. She has heard of parents who don’t let their children leave the table during the meal under any circumstances. If they get up to go to the bathroom, they are not allowed to come back.

On final point. Where, pray, is France’s Steve Jobs or Bill Gates? Where is China’s Oprah Winfrey? Why are countries like the U.S. and Israel world leaders in technology and innovation if their parents are such failures?

In the book “Start-Up Nation: The Story of Israel’s Economic Miracle,” which analyzes Israel’s disproportionate success in high tech, co-author Saul Singer points to Israeli chutzpah as an important factor. In an interview, Singer noted that “it’s very Israeli to be constantly questioning, arguing and not accepting, but challenging authority. Israelis are not worrying about hierarchy and rank.”

You could argue similarly that Silicon Valley-style, all-American ruggedly individual brashness and out-of-the-box thinking comes from a similar mentality, one that is neither nurtured by forced violin practice and math drills for hours each day, nor by sitting silently at the dinner table and eating one’s string beans and foie gras.