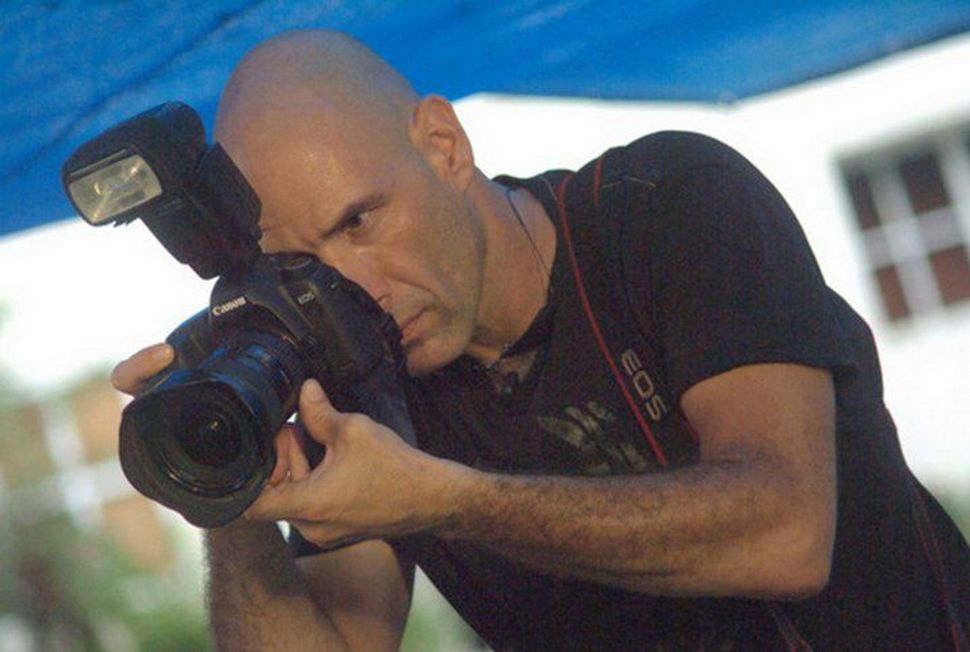 Ziv Koren, an award-winning Israeli photographer, is no stranger to controversy. But even he was unprepared for the flood of angry messages and comments that faced him when he checked his Facebook page a few days ago. The hubbub was prompted by a photograph he had taken in 2006 — a picture of a young Ethiopian woman, fully nude with her bare breasts exposed, as she was being immersed in the mikveh, or Jewish ritual bath, at a camp for Falash Mura waiting to immigrate to Israel.

The photograph, part of a documentary project he had done at the camp, had previously gone unnoticed on the 42-year-old photographer’s website. But within hours of the photo’s appearance on Facebook, Koren was accused of callously compromising the Ethiopian woman’s privacy, and taking advantage of her vulnerable position. “It really became a circus of threats and accusations — a real crucifixion,” Koren told The Sisterhood.

Several of his commenters also expressed anger at the Jewish Agency, which currently runs this particular camp. But Jewish Agency officials clarified that the organization has been in charge of the camp only for the past year, At the time of Koren’s 2006 visit, it was operated by the North American Conference on Ethiopian Jewry.

But along with the clarification, the organization joined the chorus of Koren’s critics: “The Jewish Agency condemns the injurious invasion of privacy that has occurred as a result of this photograph and its uploading onto the Internet. Human dignity is more important than any artistic statement or documentary report.”

Koren entered the compound with the permission and cooperation of the NACOEJ, and recalls that it was a camp staff member who suggested that he enter the mikveh. And, he stresses, he did not take the nude photographs without permission. “I don’t speak Amharic, but I specifically asked my translator to ask each woman’s permission before I photographed her — to be honest, I photographed another woman as well, whose picture I didn’t publish,” he said. “These were adult women; we’re not talking about four-year-old girls.”

His critics point out that the women weren’t in a position to refuse, that they were completely dependent on the camp’s staff for their sustenance, they would be desperately afraid of doing anything that could jeopardize their chances of immigrating to Israel, and they were not worldly enough to understand that these photographs could be displayed in public.

On his Facebook page, one by a young Ethiopian man named Avi Taka praised his artistic skill, but explained how the photo could damage the woman it depicts. Taka wrote: “Ethiopian society is a very small and closed world where everyone knows everyone. In the immigrant community, women’s dignity is paramount and at the end of the day, when this young woman immigrates to Israel, you can’t imagine the judgement and isolation that she and her family could face, which could include dictates not to marry this woman and her being stigmatized as ‘easy’ or a prostitute.”

He said to Koren: “I call on your conscience and ask that you censor the photo so that you won’t turn this woman’s dream to move to Israel into a nightmare.”

Koren wrote on his wall that it was Taka’s argument opened his eyes, and convinced him to take down the photo from his Facebook wall and his website.

Koren said he took the firestorm in stride.“I deal with subjects that are very unpopular, and if you get close enough to them, you get some heat,” he said. “I’ve photographed the ultra-Orthodox burning Israeli flag, and I’ve photographed wounded Israeli soldiers. My work is controversial, but I live in a democracy, and I didn’t do anything illegal.”