How a New Baby Turns Strangers Into Friends 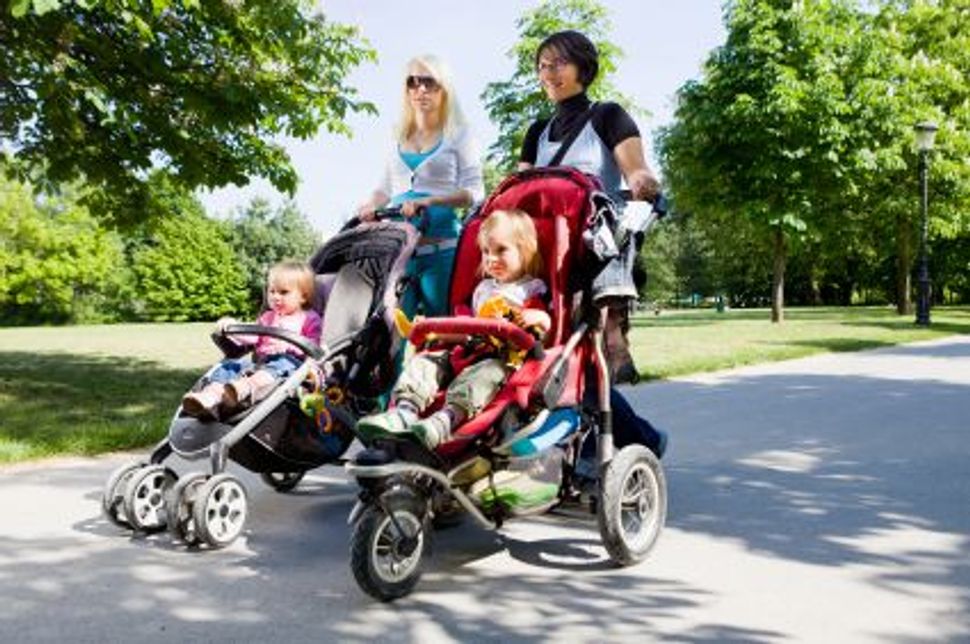 Years ago, a matchmaker told me, “A stranger is just a friend you’ve yet to meet.” I laughed, finding the sentiment corny.

After all, as a native New Yorker I’d been raised with the opposite philosophy. My father had warned: “If a stranger talks to you, run away. They’re either dangerous or crazy.” I grew up in the suburbs of pre-Giuliani New York, and my parents didn’t want my sister and me talking to strangers anywhere.

I have since straddled my innate New York nature and my non-New York location, when talking to strangers. Nothing has tipped the balance more than becoming a new mother, as chatty strangers are now everywhere. Lila is both the magnet and the barometer, instantly separating out suitable conversation partners, based on how they react to her.

When Lila and I rode the bus around Boston last summer, she befriended anyone sitting within her sight line just by grinning. And as her spokesperson, I was repeatedly asked about her. Mothers and grandmothers cooed over Lila, remembering their own babies; so did a handful of men.

On one especially crowded bus ride, the typically content Lila cried. Half the bus chimed in, debating the source of her fussiness. Some people said she must be scared by the volume of riders or the din. Others insisted she was uncomfortable in the baby carrier on my chest. Of course, I knew my social butterfly was too stimulated by the bus’ many faces to nap, but it was notable how many Bostonians wanted to crowd source the problem solving.

Since landing in Washington last fall, we’ve continued to meet many people. That’s largely thanks to Lila and it regularly involves violating my no-strangers tendency. Lila makes new friends every time we ride the Metro. College girls smile and wave, and a father asked about her, mentioning that his own baby, who was at home, was only slightly older.

On a recent mother-daughter outing to the supermarket, another stroller-pushing mother and I chatted briefly while riding the elevator. We bumped into each other again a few minutes later and quickly realized that we not only lived near each other, but also had similar educational and professional backgrounds. She had a nanny looking for some extra babysitting work, and I was looking for babysitting help. So, I did something I’d never done before. I exchanged phone numbers with this woman I’d just met. It didn’t feel so weird knowing that she was another local mom.

Going dateless to parties also doesn’t feel strange anymore. My husband worked late on the night of our building’s holiday party, so Lila and I went ourselves. I didn’t know if we’d have anyone to talk to, but upon our arrival, I spotted a gaggle of baby-carrying parents. Lila and I gravitated over, and the conversation flowed; we compared notes about our babies and discussed forming a play group. We also met other building residents, as various grandparents stopped by to kvell over Lila.

Lila and I attended a party together, too. Once again, I knew few attendees. Lila, enchanted by the room full of strangers, set to work charming them with her smile. A stranger approached us. It turned out that he and I lived in the same building last decade. I spent six and a half years living under the same roof as this man, but we never officially met or spoke until Lila prompted a conversation. She subsequently made this man work for her, as he continued to pick up the plastic cup she chewed and dropped. Luckily, he didn’t seem to mind.

Lila loves her admirers. When we see the evening attendant at our building’s front desk, Lila answers his smile and warm greeting by bouncing up and down in the baby carrier. The man who works at a nearby florist is similarly rewarded. Their kindness to Lila has prompted me to visit and say hello to both men more often than I might have otherwise.

Unlike me, Lila won’t grow up in New York. So, hopefully after she graduates from standard infant stranger anxiety, her outgoing nature will remain. It’s thanks to Lila that this native New Yorker is now less hesitant to speak to friendly strangers, some of whom are becoming new friends.

How a New Baby Turns Strangers Into Friends