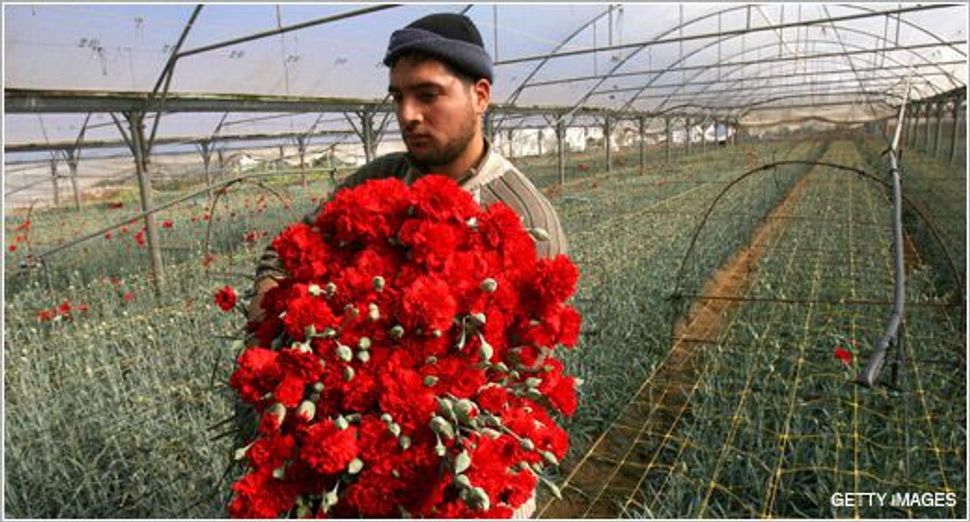 They say that love conquers all. Well, it can apparently do what neither Palestinian violence nor international diplomacy have managed: lead to a lifting of Israel’s blockade of Gaza.

It’s almost Valentine’s Day, and Dutch romantics are seemingly set on giving carnations to their sweethearts (despite the fact the rest of the world pines for Dutch tulips). But the Gaza blockade threatened to cause a carnation shortage because, at peak periods like these, the Dutch flower market relies on imports from the Middle East.

Somehow, this plight touched the Israeli government, which earlier today released a statement that read:

“[I]n the first time in over a year, and at the request of the Dutch Government, Israel has approved and will facilitate the export of 25,000 carnations from Gaza to the European market.

The flowers will be shipped tomorrow morning via Kerem Shalom cargo terminal and are scheduled to arrive in Europe by Valentine’s Day.”